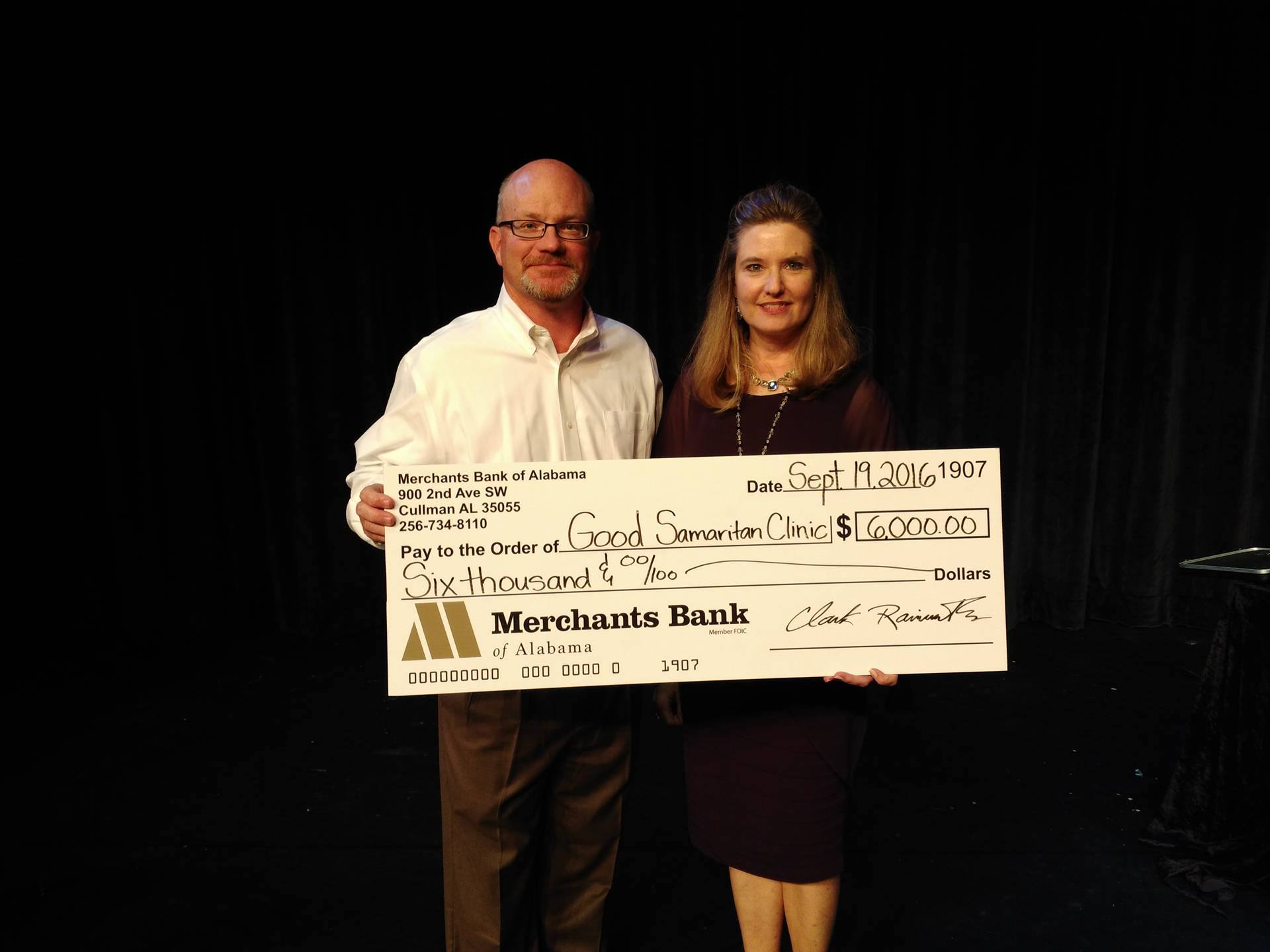 CULLMAN – The second annual Caring for Cullman Concert, benefiting the Good Samaritan Health Clinic, was held on Monday evening at Cullman High School, presented by the Triumphant Quartet and Cullman High's own Paige Harbison, who is an entertainer at Dollywood.

Matt Smith, pastor of East Side Baptist Church, was the guest emcee for the evening.

“Regardless of your musical preferences, this will prove to be an enjoyable evening,” said Jolanda Hutson, executive director of the Good Samaritan Health Clinic, as she kicked off the evening thanking those in attendance for coming to the event. “All of the benefits will go to a very worthy cause: to meet the healthcare needs of the uninsured in Cullman County.”

Harbison, entertainer for the Dollywood Entertainment Company and graduate of Cullman High School, was the first act of the evening along with her assistant Duke Lakehorn. They performed what Harbison calls “Broadway throughout the ages” with acts ranging from a song from “Gorgeous,” written in 1929, to a song from “Phantom of the Opera” which was written in 1986.

Harbison, who has played Dolly Parton in the past, knew the night wouldn’t be complete without a song written by the famed songwriter.  Her last performance was the 1980 classic “Nine-to-Five.”

The next act was the Triumphant Quartet, who performed gospel music. Their bass singer, Eric Bennett, grew up in Cullman and is a 1984 graduate of West Point High School. He and the group said they were “glad to be back in Alabama.” While performing, the band excited the crowd and encouraged audience participation on multiple occasions. Shouts of “Amen!” were heard and many standing ovations given to the Triumphant Quartet throughout the evening.

Dr. Bill Peinhardt, former medical director at Good Samaritan, received an award for his decades of service with the clinic. In his acceptance, Peinhardt, seeking to recognize local doctors who have given their time for the clinic, said, “We tend to forget that physicians in Cullman take patients referred from the Good Samaritan Clinic and get very little recognition or notice that they have done that; they have provided excellent care for our patients.”

In a video presentation for the Good Samaritan Clinic, it was stated that “according to a recent study, one in five adults living in Cullman County are uninsured. Many individuals find themselves in a coverage gap where their income is too high to qualify for Medicaid, but too low to receive subsidies and tax credits necessary for them to purchase insurance in the healthcare marketplace (established by the Affordable Care Act). The majority of Good Samaritan patients comes from a working household, but simply cannot afford insurance premiums, deductibles, medications and the high cost of healthcare.”

Representatives of Merchants Bank of Alabama presented Hutson with a check for a $6,000 donation to the clinic. On top of the donation from Merchants Bank, the clinic raised money from ticket sales, as well as personal donations from those in attendance.

Hutson said she viewed the night as a success “mainly because of the support of the community and wonderful attendance tonight. It was very much a success; not only in the number of people that came and the monetary support, but seeing the enjoyment that everyone had was very inspiring.”

She estimates that there were approximately 500 people in attendance.

To learn more about the Good Samaritan Health Clinic and its programs, visit http://goodsamaritancullman.com/.