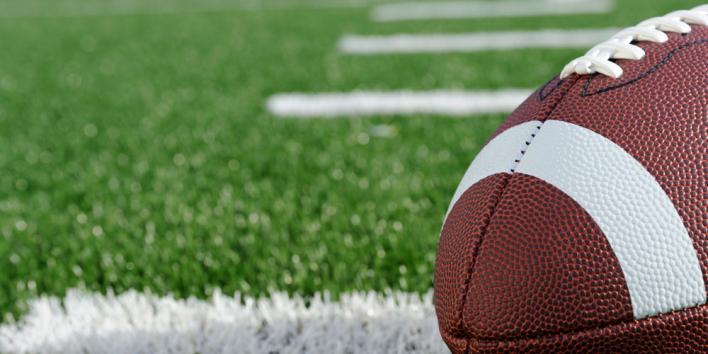 VINEMONT – It was a wild fourth quarter in the 3A, Region 6 opener between undefeated Locust Fork and unbeaten Vinemont Friday evening at Mark Smothers Stadium.

The final 12:00 produced four touchdowns, two lead changes, 214 yards of combined offense and a wild finish with Locust Fork coming from behind to top the Eagles 35-20.

This display of offensive football began on the first snap of the final period when Vinemont led for the first time in the game as Garrett Boland found Colby Nicholas open for a 53-yard touchdown and a 20-14 advantage.

Boland wound up having a superb performance, completing 19 passes for 334 yards and three touchdowns. But the left-handed senior also had two interceptions, a fumble and was tackled behind the line for minus 32 yards.

Locust Fork regained the lead with 7:37 remaining and added two more touchdowns to win by double digits in a game that was a lot closer on the field than the final score would show.

The visitors from Blount County amassed 151 yards of offense in the fourth quarter and finished the game with 365 yards total, 15 first downs and 301 yards rushing the ball.

Vinemont got edged in total offense by 5 yards. The Eagles gained 360 yards, 334 by the passing game, and had 19 first downs. Vinemont turned the ball over three times and suffered 10 penalties for 87 yards. The mistakes were enough to keep the Eagles from remaining in the ranks of the undefeated.

Locust Fork led 14-0 with 6:06 to play in the second quarter when the Hornets drove 59 yards for their second score. Running back Jarrett People ran around right end for the TD from 10 yards out and Jose Hernandez kicked the extra point.

But here came Vinemont with an impressive drive right before the half expired. From their 21 and only 1:08 to go on the clock, Boland moved the Eagles 79 yards to the Locust Fork end zone in 10 plays, completing six of eight in the drive for 67 yards. The TD came on a 10-yard pass to Dustin Moore with 10 seconds showing on the clock. The 2-point conversion failed and the Eagles were back in the game, trailing at the break 14-6.

Taking the second half kickoff, the Eagles tied the score behind an 81-yard romp to the end zone with a 56-yard pass from Boland to Colby Nicholas setting up the longest drive of the night for Matt Norris' squad. The TD was scored on a 5-yard swing pass to Seth Campbell on fourth and goal. Boland took it in for the 2-point play and the game was even at 14-14 with 9:20 to play in the third.

A Vinemont drive that started from its 35 late in the third, began from its 47 in the final period. Boland was able to go deep to Nicholas and the Eagles were in front for the first time in the game at 20-14. A 2-point pass play failed.

Then came the fireworks for Locust Fork. The Hornets drove 69 yards in less than a minute taking back the lead at 21-20 on a 49-yard bomb from Chase Rice to Daniel Goss and the third extra point at that time by Hernandez. Time remaining in the game was 7:37.

Vinemont fumbled on its next series with the Hornets getting the ball at their 45 and going downfield to extend the lead to 28-20. Drew Rogers blasted off left tackle for the score on a 38-yard run with 3:53 to play in the game. The point after was good from Hernandez.

The next Vinemont drive ended in disaster with the Eagles giving up possession on downs at their 16. They started the series from the Eagles’ 41, but Boland got nailed for three consecutive losses totaling 25 yards. They went for it on fourth and 35 and failed.

Tyler Clevenger finished the scoring for the Hornets with a 15-yard run with 1:47 remaining, and the Hornets ended atop the leaderboard on the first weekend of September, joining J.B. Pennington and Fultondale who won regional play on Friday night as well.

Nicholas had six catches for 151 yards and a touchdown for the Eagles. Nate England was on the receiving end of six passes for 80 yards, Cody Stewart two for 29, Moore three for 37 yards.

Vinemont only gained 26 yards on the ground, losing 19 on sacks in the fourth quarter by the aggressive Locust Fork defense.

Boland had a fumble recovery and an interception on the defensive side with the Eagles coming up with a big fourth-down stop of Rogers at the Vinemont 21, just inches shy of the first down midway in the third quarter.

Rice, the QB for the Hornets, netted 140 yards rushing, the top ball carrier in the contest. Rogers led the team with two touchdowns and 83 yards rushing.

Vinemont is technically in a must-win situation next week in the regional standings. The Eagles head to Hanceville, who is also 0-1 in regional play. The game will kick off next Friday at 7 p.m.