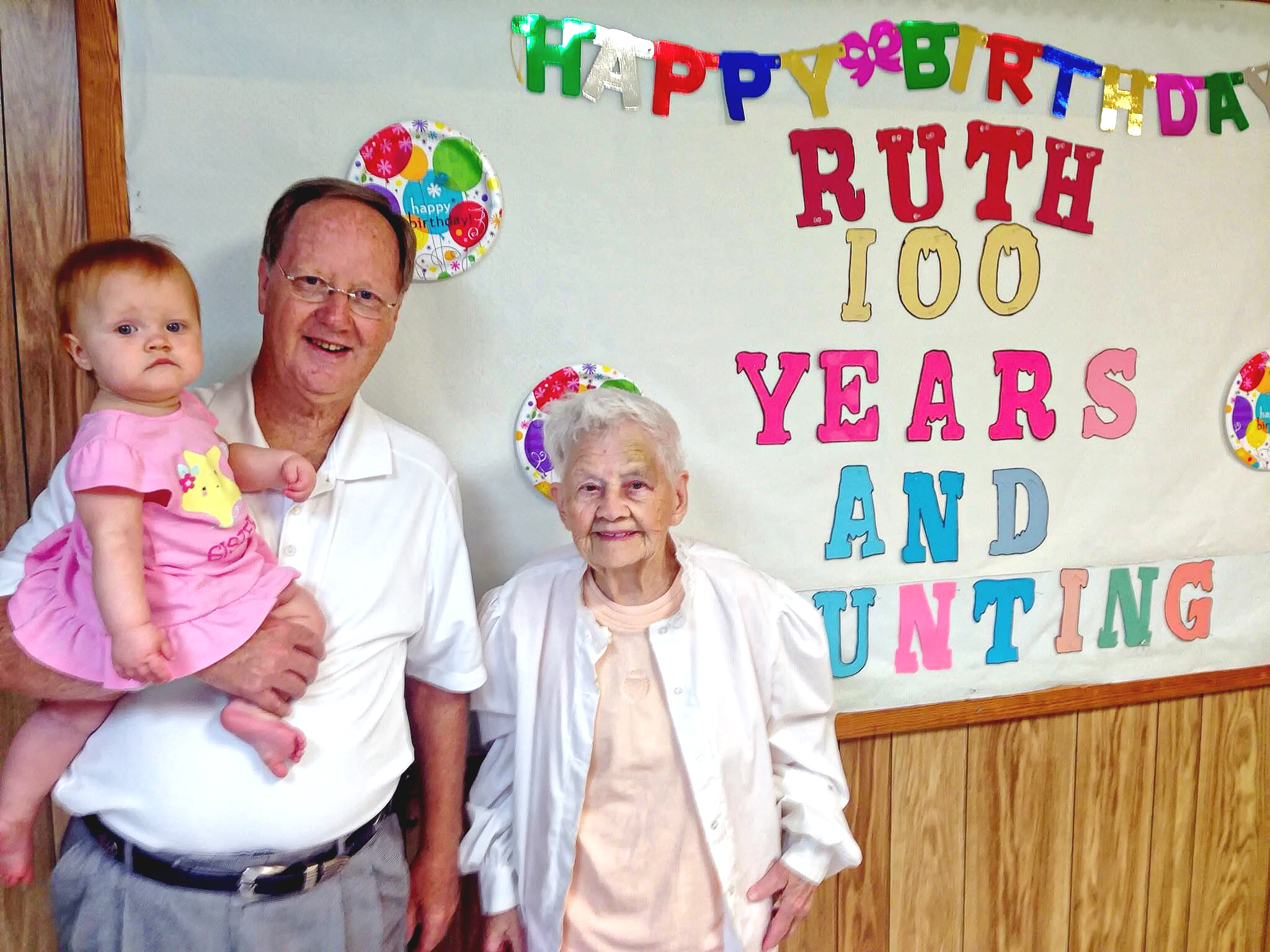 An excerpt from this week's installment of News from the Pond, by Jimmie Dean Carnell:

A very exciting time was held on Friday, July 29 at the Holly Pond Senior Citizens Site, which meets daily in the Holly Pond Lions Club building.  Attendance varies from day to day.  One of the members who rides the bus and rarely misses a day is Mrs. Ruth Smith.  Mrs. Ruth was honored on July 29 in celebration of her 100th birthday.  You are seeing right.  She is now 100 years of age.

She doesn’t use a walker or walking stick.  She lives near the Center Hill Community on Highway 91 going toward Hanceville.  She shares her home with a daughter and a son-in-law. This son-in-law plants a huge garden each year, and usually has plenty of fruits and vegetables to sell each year. Mrs. Ruth is a native of Arkansas.  She recently returned from a short visit to relatives in Arkansas.  In years past Mrs. Ruth was a piano teacher. She had an accident with a machine several years ago and lost two of her fingers. This didn’t stop her from playing the piano, beginning at the Cullman Center and various other places.  She is still amazing on the keyboard.  Mrs. Ruth never loses a game of dominoes.  She ponders a move before she makes it. You can’t make her rush her move.

Among the guests who attended her party was the former director of the Cullman County Commission on Aging, Rep. Randall Shedd, R-Fairview.  He was also babysitting his granddaughter, 1-year-old Maddie Claire Shedd. Also coming by was the top brass, director and secretary, of the current Commission on Aging. Mrs. Ruth received several birthday cards and gifts and balloons. She seemed to really enjoy her day. After eating a good meal, Mrs. Ruth decided to lead the group in singing, which was led by one of her former students, Mrs. Gladys Wisener.  Mrs. Linda Pruett, site manager, had the place decorated very prettily in her honor.  Among those assisting her were Mrs. Evelyn Horton, Mrs. Janice Murphree, Mrs. Gladys Wisener and others.  Congratulations to Mrs. Ruth Smith.