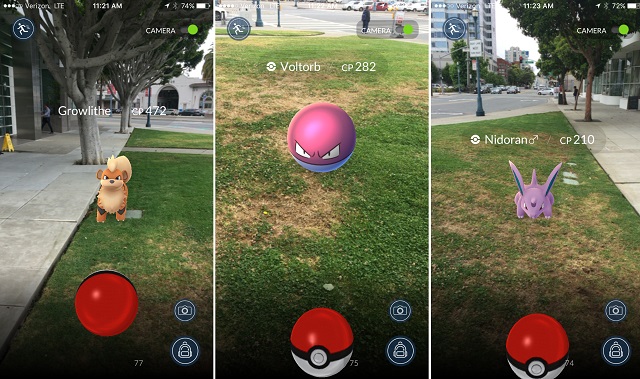 CULLMAN – Let me start by saying, yes, like most of the country, I play Pokémon Go.  Yes, I have visited places I would not normally visit. Yes, I have stayed out way too late trying to catch the virtual monsters.

The game is relatively simple and highly addictive. It rewards you for getting out and walking, thus “forcing” you to exercise, which is a nice benefit. However, with the good always comes the bad and Pokémon Go is no different. Since the game’s release on July 6, there have been some serious issues. No, not with game glitches and server problems (though you have those too) but in the real world. Let’s take a look, shall we.

First off, we have a teenage girl that was following a Pokémon via her GPS that marks the location of the virtual creatures. Her search led her to a bridge over a river where she saw something strange, a dead body.

“I was walking towards the bridge along the shore when I saw something in the water,” Shayla Wiggins told Billings, Montana CBS affiliate KTVQ. “I had to take a second look and realized it was a body.”

She added that she cried for about an hour after the incident.

In Missouri, four teenage suspects set up beacons to lure players to a specific spot with the intention of robbing them. According to the police, the teens stole a wallet and cellphone.  A firearm that was allegedly used by the robbers was also recovered. The suspects are between the ages of 16 and 18.

Although nothing like this has been reported in Cullman, I have seen my fair share of scary moments involving Pokémon Go. Diving down Highway 31, I was behind a car that was traveling around 30 miles an hour and weaving all over the road. When I got next to the car I looked over and there is a girl in her late teens to early 20s staring intently at her phone, never looking up unless she ran off the road and onto the shoulder. I have seen people narrowly avoid getting hit while crossing U.S. Highway 278, looking for Pokémon with no regard to their surroundings.

With that being said, here are some tips for playing safely. Number one: ALWAYS be aware of your surroundings. Do not get so engrossed in the game that you do not look where you are going and trip, step in a hole or worse. Number two: stay in a well-lit area. If you go out at night, take a friend and stay where it is safe. Do not travel to unfamiliar areas at night, especially alone. Number three: under no circumstances play while you are driving. I know this is a no brainer, but please, close the app while driving and pay attention to the road.

So, in closing, I would like to say happy hunting to all of you virtual trainers out there, and, most importantly, stay safe!