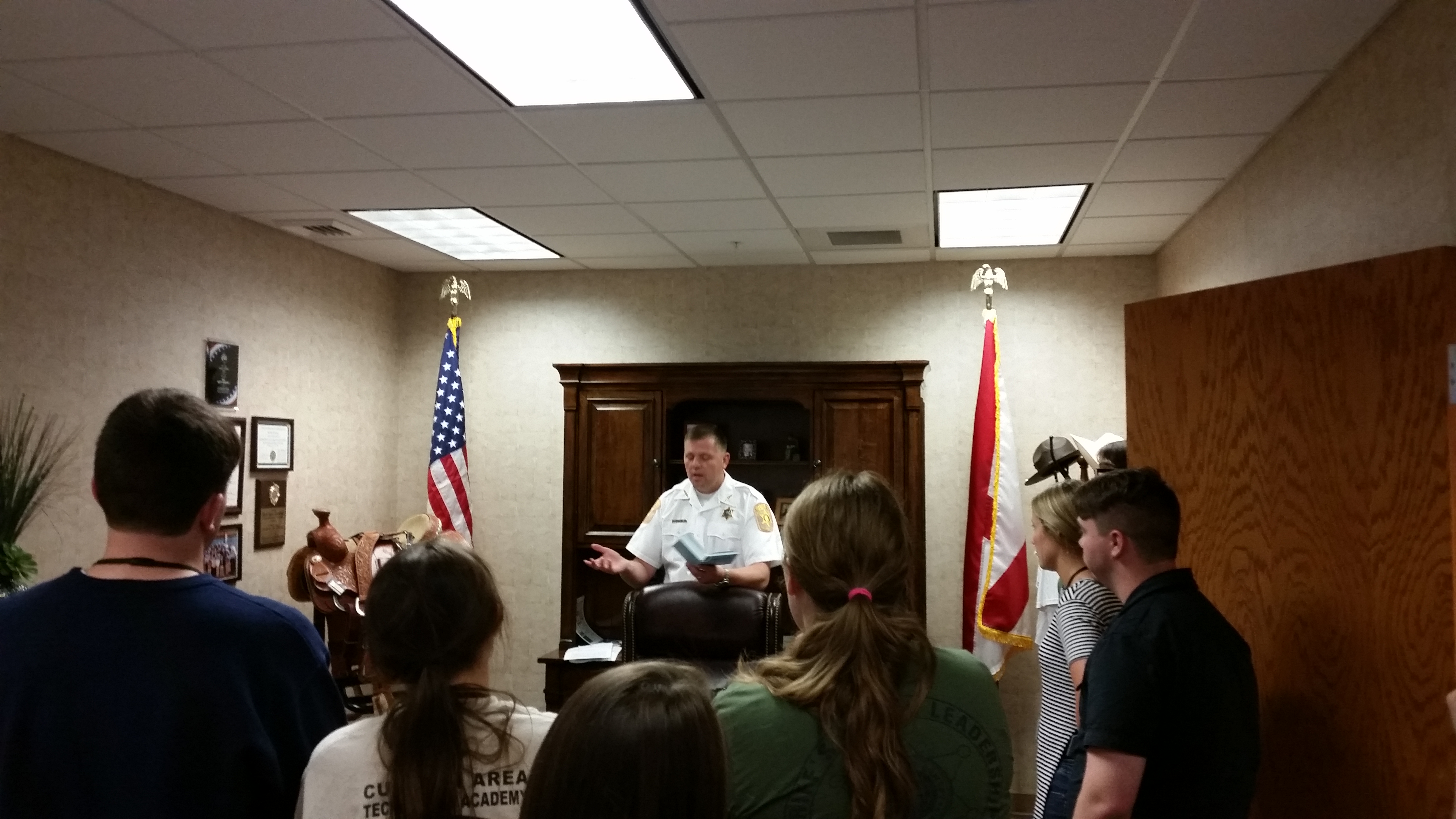 One of the most important things you can do as a young leader is to keep your name clean. Make those good decisions and things will always work out in the end. That’s a good thing.”
Sheriff Matt Gentry

CULLMAN – The first Cullman County Sheriff's Youth Leadership Academy (SYLA) is being held this week at the Cullman County Sheriff’s Office (CCSO). Area teenagers, between the ages of 15 and 18, are meeting every day this week and will finish up with a graduation ceremony on Friday at 6 p.m. at Wallace State. The CCSO hopes to make the academy an annual event.

“One of the most important things you can do as a young leader is to keep your name clean,” Sheriff Matt Gentry told the class. “Do what’s right. Make those good decisions and things will always work out in the end. That’s a good thing.”

The class is made up of 13 students and begins each morning at 5:45 a.m. for physical training at the Cullman Wellness and Aquatic Center. After a thorough workout, there is a 2-hour break and the group meets up at the CCSO. Monday’s activities included guest speakers and tours of the facility. The group’s first tour was of the jail, and then they made their way throughout the building stopping to see special places like the interrogation rooms, the evidence room and Gentry’s office. While visiting Gentry, the students learned quite a few tidbits about his job that most people don’t know.

“The Office of the Sheriff is a friend to the people,” Gentry explained. “The sheriff is the only elected official in the state of Alabama that has the ability and authority to swear in a posse. Think about it; if something bad happened outside right now, the sheriff of the county has the authority. I could swear in everybody in this room and you can go out and arrest those people under the authority of the sheriff. The sheriff is the only person in the state of Alabama that can do that.”

Lt. Rex Sorrow did a lot of work to make the SYLA a reality. He serves as the main instructor for the class and seemed to enjoy working with the group.

“One of the visions that Sheriff Matt Gentry shared with me when coming into office was to provide the youth of Cullman County with a leadership-based academy,” he continued. “Of course it's going to have a law enforcement feel to it, but I think we are on track for our very first ever Sheriff's Youth Leadership Academy here in Cullman County. It's a good feeling to work with people such as Sheriff Matt Gentry, Chief Brett Holmes, Maj. Matt Hogue and Capt. Ricky Blackwood who genuinely care for you, the citizens of Cullman County.

“I personally want to thank our lunch sponsors for the week which include…Carlton's Italian Restaurant, Publix, Chick-fil-A and Desperation Church. I also want to thank all of the presenters, instructors and coaches. I am looking forward to the rest of the week’s sharing of leadership, knowledge and the passion of law enforcement with the youth of Cullman County.”

If you or your teen missed out on this year’s academy, there is always next year. The academy is suggested for upcoming high school juniors and seniors. Students can pick up an application for the academy from the school resource officer at their high school when school begins in August. Registration will begin in Jan. 2017 for the summer of 2017 academy. The academy is free for the youth of Cullman County.