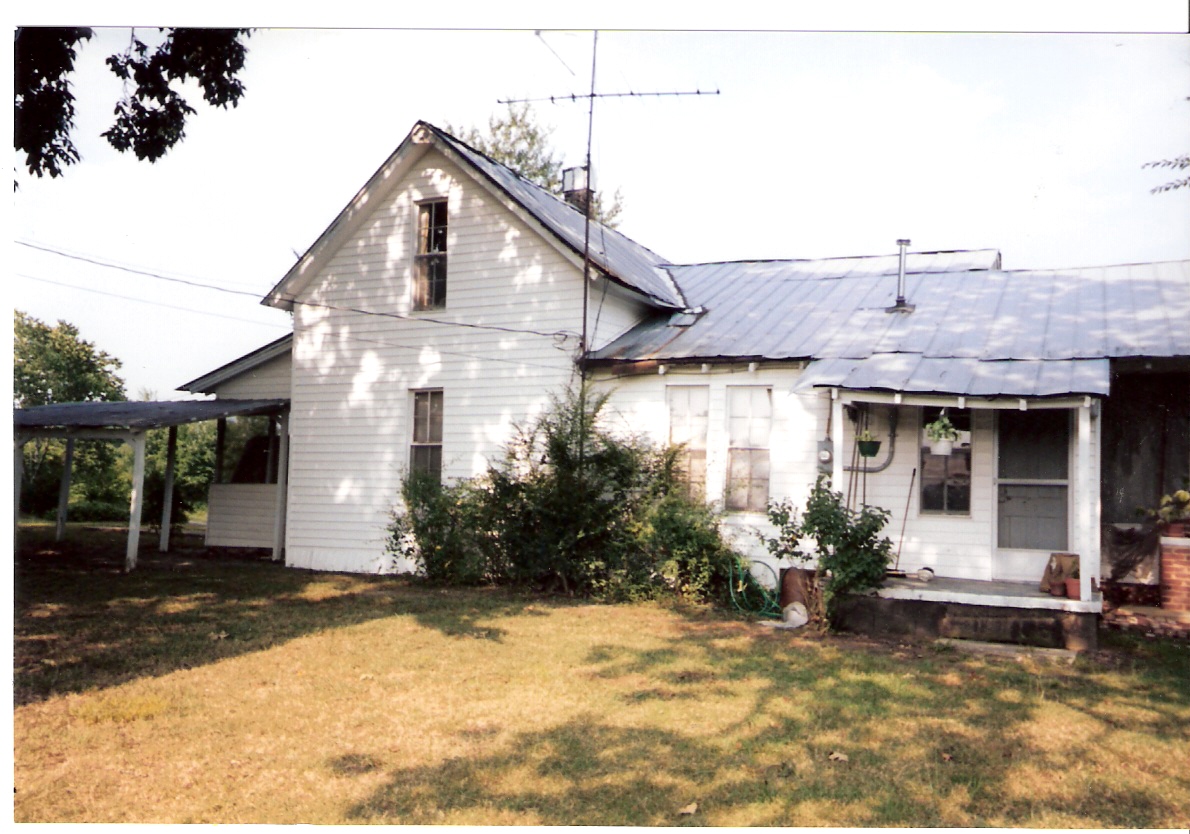 GOOD HOPE – Located on Reid Road in Good Hope, this old house holds many happy memories for my family and me. Although it no longer belongs to my kinfolk, we still refer to it as ‘the old Reid homeplace’ because it was where my grandpa, Glenn Reid, and his brothers and sisters grew up. As a young girl, my mother, her siblings and numerous cousins ran amok, hiding in the barn, climbing the tall trees in the front yard and using the creepy, ancient outhouse around back. My memories are not so different, although that outhouse fascinated me, I never actually had to use it; a small indoor bathroom had been tacked on to the back of the house at some point before I was born. Thank goodness!

If walls could talk, I would love to press my ears up against them and listen to them tell all about my great grandparents, Homer and Maggie (Rabun) Reid, whom I never had the honor of meeting – in person; they died before I came along. Thankfully, I feel I have gotten to know them quite well just from talking to family members and asking lots of questions about them. Oh, I have been told lots of interesting things about them, too!

Homer and Maggie bought the old homeplace, the house and about 40 acres of land, on Dec. 19, 1922. I was told their move was tough and it took them quite a while to get settled in, especially with five children in tow.

“When Momma and Daddy moved to Alabama from Georgia, they had to make three trips back to complete the move,” my uncle Herman Reid, Homer and Maggie’s youngest son, once told me. “They traveled in a wagon and it took nearly five days to make the trip – one way. They met or knew people along the way that they would stay with overnight. Those families always fed them and took good care of them.” Gosh, that was something I couldn’t fathom. They must have wanted to live here pretty bad, I remember thinking to myself as he spoke.

If I could go out in the fields where Grandpa Homer once grew his crops, I bet I could grab a big handful of soil, put my ear to it and hear all about his farming techniques. From what I’ve heard from Uncle Herman, Grandpa Homer was a pretty good farmer, although some of his ‘farming equipment’ didn’t always cooperate.

“Sometimes Daddy would be out plowing the fields, when all of a sudden the mules would decide to go home,” Uncle Herman said with a chuckle. “So the durn mules would head for the house, dragging Daddy on the ground behind them the whole way. Gosh, he would get filthy, especially under his arms by the time the mules reached the house!

“Once the mules would finally come to a stop, Daddy would untangle himself from the reins, dust himself off then turn the mules back around and lead them back out to the field where they would start plowing again where he left off.”

Yes, that old house has lots to tell; it has seen my family through lots of happy times, as well as some pretty horrible times. Within those walls Homer and Maggie’s 14-year-old daughter Ruth died after a short bout with pneumonia on January 22, 1925. Her body laid in state in the small living room as mourners from all over visited, trying desperately to console her poor parents.  Those were some very dark days for Homer, Maggie and their other children. Sadly, Ruth wasn’t the only child they had lost, prior to their move to Good Hope; they lost their darling 3-year-old daughter, Daisy, to spinal meningitis.

I like to think of the Reids as a peculiar bunch. Plucky and stubborn when need be, they are incredibly hard workers; but just like me they also love to laugh and play. They are jokers and dandies, which is what my Grandpa Reid, Homer and Maggie’s son Glenn, always called us kids after pulling a prank on us as he laughed. These are the Reids I remember visiting at the old homeplace during family reunions, long after Homer and Maggie had passed away. My cousin Kenny Lawrence used to talk about those family reunions a lot before he died a few years ago. In my opinion, he described my Reid family perfectly.

“At the Reid reunions, people were always laughing,” he’d say. “We would always have a big meal. Afterwards, Aunt Addie would call bingo and everybody would bring the stupidest gifts they could find for the winners to open,” he’d muse. “The only time we see each other now is at a wedding, or a funeral. But even at the funerals, when we eat it turns into a wake, with everybody talking and laughing because we know that the one who had passed would want us to do just that; and they would be right in the middle of it laughing, telling jokes and just enjoying seeing each other again.”

“Some people don’t like to go back to their homeplaces,” Uncle Herman once told me, “they act like it is haunted or something. We always loved visiting the old home where we grew up. There are so many great memories we had while growing up.”

Sadly, as the older generation slowly fades away, the Reids rarely have those good ole get-togethers anymore. The old Reid homeplace has new owners and the house just doesn’t seem quite the same. If those old walls could talk, I’m sure they would tell you stories that would make you laugh, and sometimes cry. One thing I know for sure, though, is they would tell of a family who loved each other dearly. They were people who treated their neighbors as if they were part of the same family. Those are the people I came from. This is what the old Reid homeplace still means to me, new owners or not.