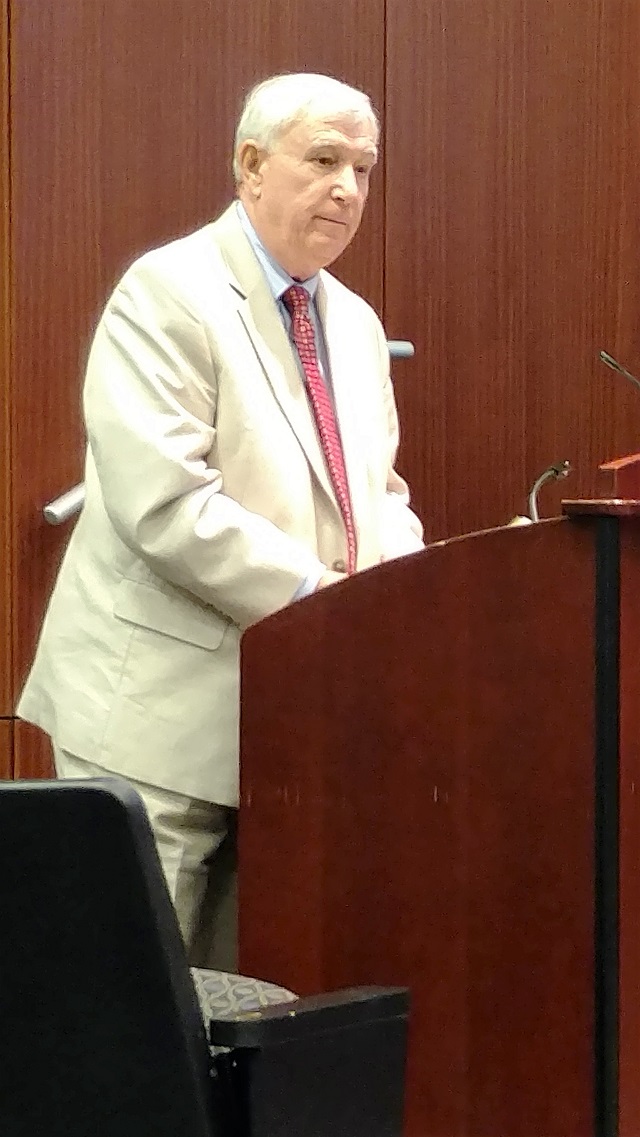 CULLMAN – The Cullman City Council met for its regular meeting on Monday evening at City Hall where they, acting as an administrative court, held a public hearing and revoked the liquor license for DLD Enterprises, LLC, doing business as Vintage Beverages located at 1627-A Main Ave. SW.

The owner of DLD Enterprises, Don Lawrence DeJong, was not present at the hearing despite being notified by certified mail, regular mail and hand-delivered mail by a city officer. City Attorney Roy Williams, Jr. submitted evidence that the company violated a city ordinance, stating the business owner has not paid sales tax since October of 2015 nor has he filed sales tax returns since that time.

While under oath, City Clerk Wesley Moore also noted that the check received from DLD Enterprises for its 2016 liquor license had been returned due to insufficient funds.

All of the above are direct violations of the City’s 12 pages of alcohol license ordinances. Due to the lack of communication from DeJong, the council opted to revoke his liquor license in accordance with City’s Code of Ordinances’ Chapter 12, Article II, Section 12-38 Sec. 12-38, which states, “Any lawful license issued to any person to conduct any business shall be subject to revocation by the city council for the violation by the licensee, his agent, servant, or employee of any provision of this article or of any city ordinance, or any statute of the state relating to the business for which such license is issued.”

Mayor Max Townson stated, “I think that he’s had ample time to pay his dues and I’m afraid, if you let this go, it will be setting a precedence.”

After the meeting, Council President Garlan Gudger noted this is the first revocation since the wet/dry referendum five years ago and stated, “Even in regular sales tax we have not seen this. I’ve been on council for 12 years and I’ve never seen this.”

In other business, the mayor reported he received a letter from Smith-Gray Insurance Agency commending the city’s fire department on their actions during a house fire call on June 20 to an Oakmont Drive address. The letter stated the insurance adjuster was “astonished as he had never seen a fire department go to such lengths to save citizens thousands of dollars” when they took measures to tarp the roof of the rental home, pull out wet insulation and covered the renter’s furniture with tarp.

Four requests were approved including the bidding of the new facility construction for the water and sewer departments on Eva Road just south of the Cullman Electric Cooperative. Also granted were requests from Suzette Kendall of Hands on the Wheel for a special events permit for a July 24 meeting from 5-9 p.m. on the sidewalks of the Cullman County Courthouse. A request from the sanitation department for the budgeted purchase of various containers in the amount of $40,403.75 was approved, along with the purchase of a polar cooler machine by the garage superintendent for $2,529.

Three resolutions were presented and carried unanimously. The first allows for the submission of an application for the City Block Development Grant funds for the Brunner Street Improvement Project for $450,000. Next was the approval to contract services with Otis Elevator for the repair of the parking deck elevator in the amount of $5,765.40 and lastly was the adoption of a new job description for the Chief of Emergency Management Services as recommended by the personnel department.

Five addresses were annexed into the city, including property on County Road 473, County Road 1320 and on Highway 278 East.

A public hearing was set for Aug. 8 at 7 p.m. for a request to vacate a right of way as recommended by the planning commission. The right of way is located at 1409 Main Ave. NE and the hearing will be held at the city hall auditorium.

Lastly, the council accepted David Moss, Sr.’s resignation from the Industrial Development board and approved Danny McAfee to fill the open position until the end of the term in 2020.

The Cullman City Council meets on the second and fourth Monday of each month at 7 p.m. The meetings are held at the city hall auditorium located at 204 Second Ave. NE. The next scheduled meeting will be held on July 11.