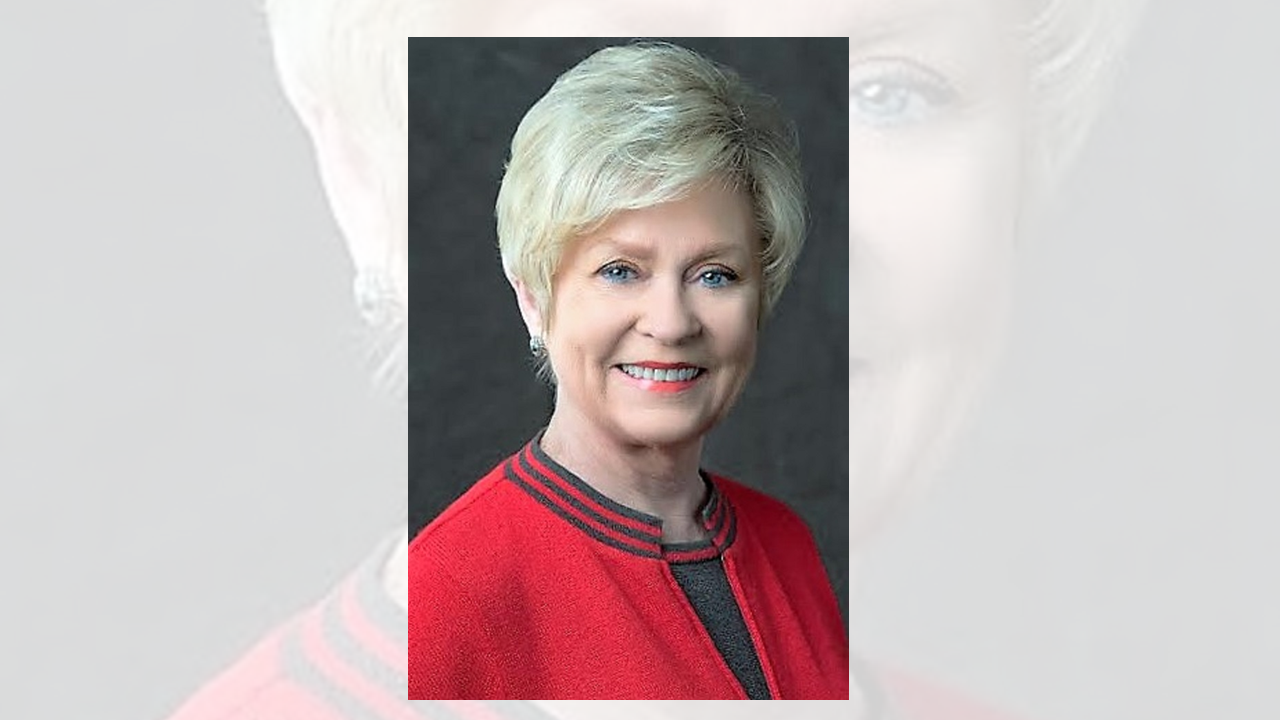 CULLMAN – After a successful career as an educator, Cullman City Council President Pro Tem Dr. Jenny Folsom is a trailblazer in her hometown. Folsom has an enduring history of being an integral cog in the wheel of Cullman’s progress and growth over the past several decades, especially in her last eight years on city council. On August 23, Folsom will be seeking her third term on city council.

“My parents both graduated from Cullman High School in 1936 and didn’t have the opportunity to go on to college but they pounded it into me and my brother’s head, ‘Get your education! Get your education!’ Back then, there were three choices for women – nursing, secretary or teacher. I couldn’t stand the sight of blood and the first C I ever made in my life was in typing so I decided to be a teacher,” laughed Folsom as she reminisced about her possible career options as she neared the end of her high school days. “If I had it to do over, I would do it all again.”

After earning her bachelor’s degree at Auburn University, Folsom earned her first teaching job in the Birmingham City School System before returning to Cullman in the 1970s to teach at West Point. From there, she transitioned to private education in Montgomery and then came home to Cullman to stay in 1988.

“I took a job at Wallace State in 1988 and spent my last 22 years at Wallace as vice president and dean of academic affairs when I retired. Along the way I had gotten my bachelor’s at Auburn, master’s at UAB and doctorate at the University of Alabama.”

Folsom’s professional accomplishments were far from being over when she retired from her career in education. In 2008, she was elected to her first term on the Cullman City Council, where almost immediately, the local government was put to task with finding a way to run the city during the worst recession since the 1930s.

“Working together as a city government with the mayor and the city council, I am really proud of the way we pulled together and persevered throughout the recession when we first came into office. The economy was at such a low point everywhere. Then, in 2011, the tornadoes were devastating to Cullman. To pull together and see the spirit of the citizens in the whole community as we weathered the storms to get through it together was so important. I think we’ve come through it better than before.”

After the tornadoes, the council was faced with writing new ordinances for the city, as alcohol was legalized in 2011.

“The legalization of alcohol referendum was almost a 50/50 vote. It was up to us to develop ordinances. The people spoke and we carried it out in a way that would be agreeable to everyone. It was a very heated issue, and I hope, as the years have passed, that people are pleased at what we did as we kept the character in our community intact. It also opened new doors for businesses in retail areas. It created added revenue after the tornado.

“We are a very cohesive mayor and city council. We’re really a diverse group with our different ages and live in different sections of the city. I really enjoy it. I have not seen anyone with a personal agenda. We don’t always agree, but the majority decides and we go forward and we don’t look back or hold any grudges. I see that with everyone. That’s one thing I really enjoy about our working relationship.”

Grateful for the influx of young families moving to Cullman, Folsom sees the big picture and what’s necessary to continue attracting people looking at Cullman as a possible home.

“To see the options that are open to everyone now, I love that. And, to be in a community, every aspect of life is important and you can’t ignore any of them – our school systems, educational opportunities, health and safety with our police and fire departments and CRMC and the medical community we have, parks and recreation which is great for families, and first and foremost, is jobs. People have to be able to have jobs. We keep working on expanding our business and industries. Our retail growth makes me excited to see the renewal, regrowth and rebuilding that we have here.

“I would like to see us continue growing economically with businesses, existing industry expansions and retail and to continue on that path. Plus, I would like to see an infusion of technology. The third fire station off of 157 where we’ve seen tremendous growth is so needed, and hopefully when it’s built, people will see a reduction in their home insurance rates because of their proximity to a fire station. I want to continue to attract young families and young people back to Cullman and make them proud of the community. I want to make it a place for them to come back to with their families and children to be raised and go to school here.”

Folsom recognizes that some of the necessary changes needed in the future aren’t as evident as others, but are needed to maintain a literal foundation in the community.

“One topic that isn’t so glamorous is our aging infrastructure with our water and sewers. These are things that you don’t see, you just want them to work. Some of the water and sewer systems, especially in the downtown area, are dated back to the 30s and 40s. Our subdivisions date back to the 50s and 60s. That infrastructure has to be upgraded and replaced. It’s easy, because you can’t see it, to put it out of your mind and put money into more showy things, but you can’t neglect the infrastructure either.”

Folsom’s motivation to continue to work toward the betterment of her beloved community is simple and one that many find relatable. “Hopefully I have been able to make my family and my mother proud. She’s 99-years-old and still living at home here in Cullman. I just got her to stop driving two years ago. She pounded in my head for me to get my education, and I hope that, every step along the way, I’ve made her proud.”