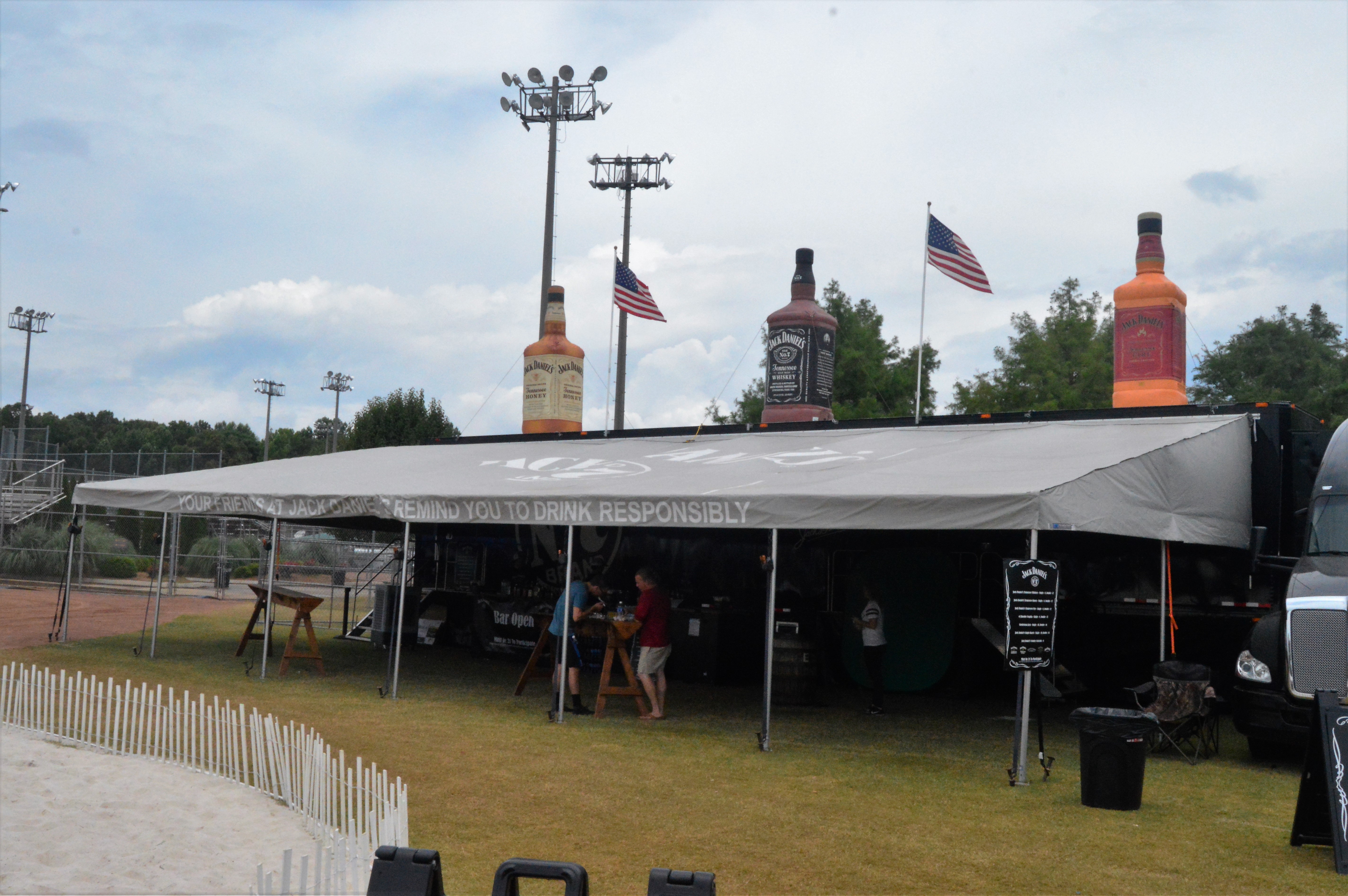 CULLMAN – There are many vendors at this year’s Rock the South, but Jack Daniel’s Whiskey and Pepsi’s new premium soda, 1893, have brought unique experiences to the traditional row of vendors at the event.

1893, a premium cola recently rolled out by Pepsi, attempts to bring soft-drink enthusiasts a taste of the “original formula,” made with real sugar and kola nut extract. Seth, a tour manager with 1893, said on Saturday at Rock the South that there are only three of the 1893 taste-sample-trucks in the United States right now.

“There’s an east coast, a central, which is this one and a west coast,” Seth said.

Along with Pepsi, Jack Daniel’s chose Rock the South to feature its newest of the two “mobile-distilleries” at the company’s disposal.

“This is more than just a mobile bar,” said Kelley, a representative with Jack Daniel’s and Red Moon Marketing. “This is an experience. This mobile distillery allows people a free walk-though to see how the drink is made, so they can appreciate what they’re holding in their hand.”

Kelley said that Rock the South features a demographic that Jack Daniel’s is trying to market to more and more.

“We usually do NASCAR events, which feature an older audience,” she said. “But here we are trying to reach millennials and get them to have fun with Jack, and get them to appreciate the drink.”

Pepsi and Jack Daniel’s, both international brands, chose to try out very unique and new experiences in Cullman, thanks to the crowd and opportunity that comes along with Rock the South.

The 1893 and Jack Daniel’s vendors are positioned in the same area at Rock the South, which might not be a coincidence.

“It is great to pair with maybe a little bit of alcohol,” a server at 1893 said.