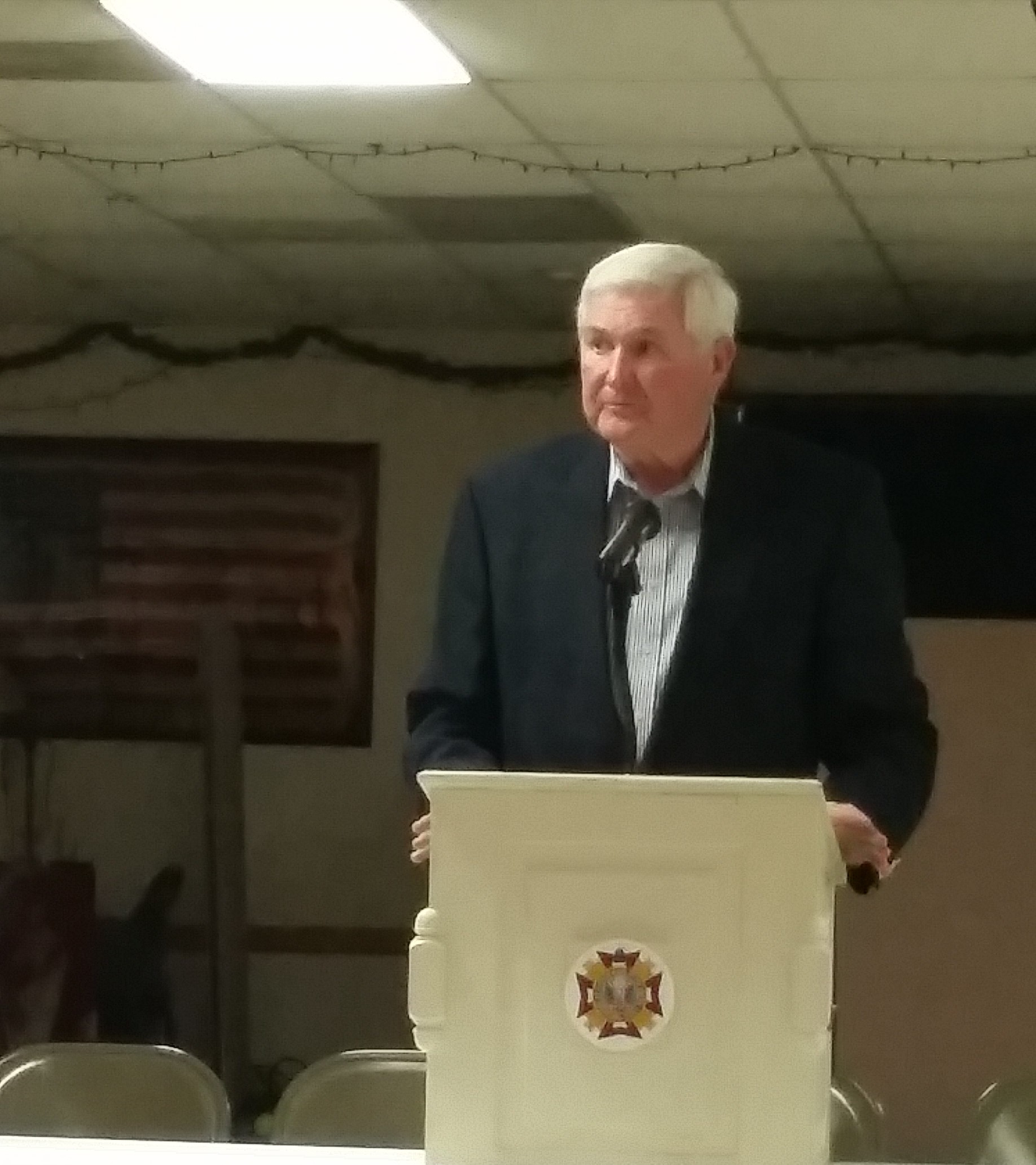 The night’s first speaker was Brown, who reminded the crowd of almost 30 that the deadline to register to vote for the April 12 runoff election is March 28. Brown, straight from a long day at the Courthouse, explained provisional ballots- ballots that are used in circumstances where for some reason a voter cannot vote normally at his or her precinct. An example would be if a voter cannot show acceptable ID or if a voter’s name is not on the poll list. Find out more at http://www.alabamavotes.gov/downloads/election/2016/2016VoterGuide.pdf.

Brown answered questions about voter ID laws, “IDs were not really an issue this time.” She also laid out the lengthy provisional ballot counting process and spoke to the sometimes confusing issue of presidential delegates. Although, as Brown explained, election years are much more work than the public might realize, “I love the election process. It’s a lot of work, but we’re all working for the betterment of Cullman County,” she smiled.

Brown also praised the poll workers of all 51 precincts in Cullman County. “If you know any election workers, thank them!” she exclaimed.

The CCBOE’s newest member, Allbright, took the podium after Brown. Allbright, an energetic, affable gentleman, gave much credit to his family, particularly his wife, (“I found her in Blount County,” he joked.) an English teacher at Holly Pond, and his mother, who has been with the school for 38 years.

Allbright emphasized that he is new to the political process, this having been his first time to run for office. “I was truly humbled by the support from the community,” he said.

He did field a question from the audience about the state of Cullman County Schools and whether or not it is affordable to maintain all of them, to which Allbright responded that he likes the system as it is now, instead of the concept of a “super school.” He also reminded the audience the he is responsible for Holly Pond schools and the Cullman Area Technology Academy.

Hicks and Walker, who will face each other in the April 12 runoff election, were up next, each man praising the other for a well-run, clean primary campaign and both keeping their remarks short and to-the-point.

Hicks spoke briefly, thanking Walker and the duo’s opponent in the primary, Eric L. Parker, for “a clean, spirited campaign, much better than the presidential one. That’s democracy, what we did, and I was proud to be a part of it,” he said.

Walker was equally as gracious to both Hicks and Parker, and spoke just a bit longer. He emphasized the Commission’s accomplishments, saying, “If you do what we’ve done in four years, look what more we could do in four more years. We’ve moved this county forward. 2015 is the first year the Commission’s been in the black since 2008.”

Walker said that the Cullman County Road Department’s process of ‘micro-surfacing’ in paving roads is saving the county $75,000 per mile.

The CCRW’s Third Vice President Maureen Chaney, who served as the moderator for the evening, wrapped up by urging everyone to “PLEASE go out and vote for these gentlemen.” She emphasized the time and effort that both have put into their campaigns and thanked them both for their contributions to the community.

The CCRW will not meet in April, as their normal meeting night falls on the same night as the runoff election, but they encourage everyone to join them at the Courthouse for the election results.

For more information about the CCRW, find them on Facebook at https://www.facebook.com/Cullman.County.Republican.Women/.