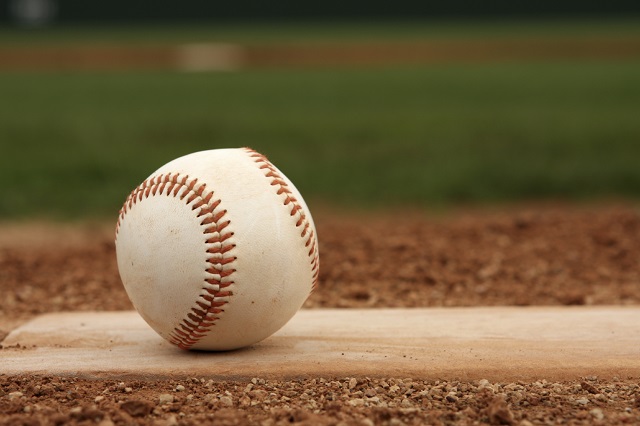 FAIRVIEW – Nothing was normal during Tuesday's action at the Cullman County High School Baseball Tournament. It was exciting, but otherwise bizarre in the way the game is played regularly.

West Point was trying to save starting pitcher Tanner Rusk for Thursday's championship round when he was pulled in in the seventh and the Warriors were on top of Fairview 6-0.

Rusk had to be called back to the mound after starting the inning in the outfield. The senior achieved a rare feat with a win and a save in the Warriors' breathtaking 6-5 victory.

Then Good Hope and Cold Springs decided to take their elimination contest to the level of Major League Baseball.

This game was three minutes shy of three hours. Good Hope weathered the storm of a Cold Springs comeback, holding back the Eagles 16-12.

Now the Raiders and Fairview play Wednesday in the finals of the loser's bracket with the winner to come back Thursday at meet West Point in the championship segment.

Wednesday’s game will start at 3 p.m.

West Point ended a scoreless tie with Fairview by putting two across in the fourth with the first run getting aboard due to a dropped pop fly in the infield.

Sam Briehn's single and a sacrifice fly by Ryan Smith gave the Warriors a 2-0 lead for Rusk to work with.

His team added four runs in the fifth with Jaxson Garrison hitting an RBI double, Rusk sending a run in on a sac fly and Kolton Easterwood ripping a single. A fourth run was courtesy of a Fairview error.

The plan by West Point coach Seth Ward was to allow Rusk time to rest and to be able by pitching rules to appear in the championship game if he didn't work the seventh.

But Fairview didn't cooperate. The Aggies mounted a comeback against Easterwood featuring a two-run single by Ragan Ashley a run-scoring single from Truman Boyd and runs to score off misplayed balls hit by Tyler Ball and Preston Moore.

Coach Ward called Rusk in from the outfield and was able to get a ground ball out with a runner in scoring position to be forced out and the game was over.

Rusk worked six and a third innings, allowed no runs on four hits and struck out eight.

Logan Murphree was charged with the loss for Fairview. He held West Point to four hits through four innings before the Warriors broke the game open.

In the Good Hope-Cold Springs clash that began at 6:16 p.m., the Raiders used timely hits and mistakes by the Eagles to score eight in the second and get the lead for the rest of the night.

A two-run single in the fourth by Austin Eakes enabled the Raiders to raise the lead to 11-2.

Good Hope was on the verge of getting this game ended by the 10-run rule, but couldn't throw the knockout punch needed.

Scoring four times in the top of the sixth, the Raiders went to the bottom of the inning with a 16-4 lead and needing three outs to go home. The Eagles kept their poise and pushed five across to end the evening on the mound for Raider starter Malachi Holt.

Holt scattered five hits in his appearance on the mound. He kept the Eagles hitless until an infield single by Jakob Ryer was officially the first hit for Cold Springs in the contest.

Zach Isbell spelled Holt in the sixth then gave way to left hander Deven Gowens in the seventh who was finally able to put out the fire.

The game ended at 9:13 p.m. with the final out recorded on a Tyler Rollo fly ball to left field.

Jon Calvert was three-for-three for the Raiders with a single and two doubles, a run batted in and scored three times.

The Raiders produced 13 hits in the marathon, including three doubles and a triple that led to four runs being scored.

Freeman, who took the loss for the Eagles, had a triple, drove in two runs and score twice from his leadoff spot.

Good Hope carries a two-game winning streak into the elimination bracket final with Fairview while West Point has posted two runs in the tournament by the margin of a single run apiece.