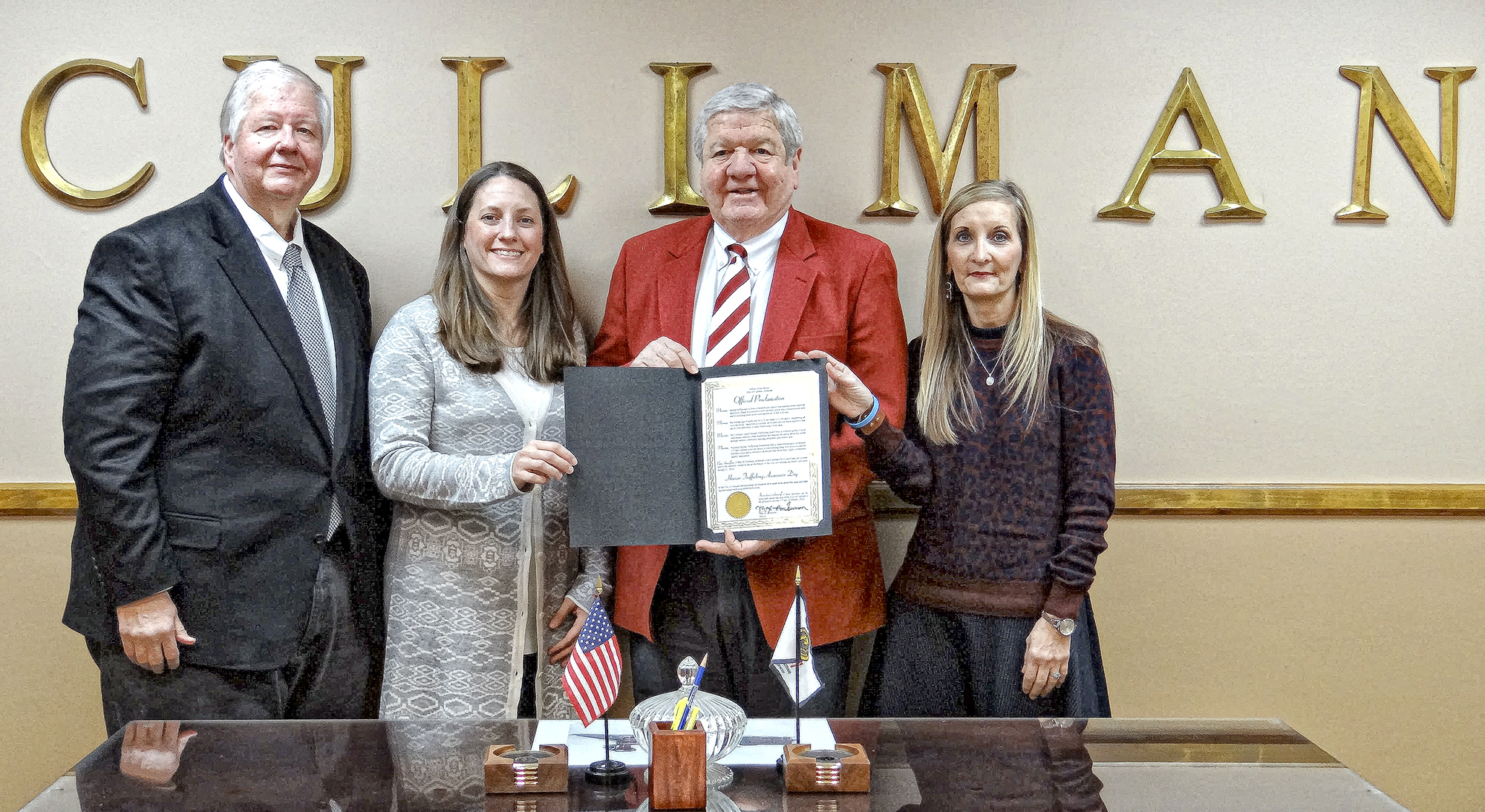 Human trafficking is often called modern-day slavery and involves the use of coercion, force or fraud to get victims to perform labor or commercial sex acts against their will. The majority of these victims are pre-teens or teenagers. Human trafficking is a large and thriving criminal industry that can be found throughout the world.

The Cullman County Human Trafficking Task Force was organized to work with law enforcement and other agencies to help prevent human trafficking in our community. They strive to increase awareness by holding public meetings and sponsoring community events designed to educate the public on human trafficking. They also advocate for changes in local, regional and state policies related to human trafficking. The volunteer task force is made up of individuals from various departments and agencies throughout the community.

Chaney informed Townson at the proclamation signing that human trafficking happens right here in Cullman and is definitely an issue Cullman residents should be aware of for their own safety and for the safety of their family members.

“It is shocking that this crime is happening right here in Cullman,” Mayor Townson responded. “We must all work together to get the word out and to help keep our citizens from becoming victims of this deplorable crime.”

Chair Kathy Wilson stated that many people in our community have a perception of human trafficking that’s not entirely accurate. She explained that young victims are often lured into traps by people they consider friends, or even by family members. Also, because of our close proximity to the interstate and other major highways, Cullman is a prime location for perpetrators of human trafficking.

“Cullman is so fortunate to have dedicated individuals willing to volunteer their time and resources to help spread the word about and fight against crimes like human trafficking,” added Mayor Townson. “I don’t believe a lot of people realize what human trafficking is or that it going on in our community. But it is, and I urge all of our citizens to learn all they can about this and to share what they learn with others so that we can help prevent our young people falling victim to this awful crime.”

To find out more about the Cullman County Human Trafficking Task Force, visit their Facebook page at www.facebook.com/Cullman-County-Human-Trafficking-Task-Force or email to endtrafficking25@gmail.com. More information on human trafficking in Alabama can be found on www.enditalabama.org or www.stnow.org.