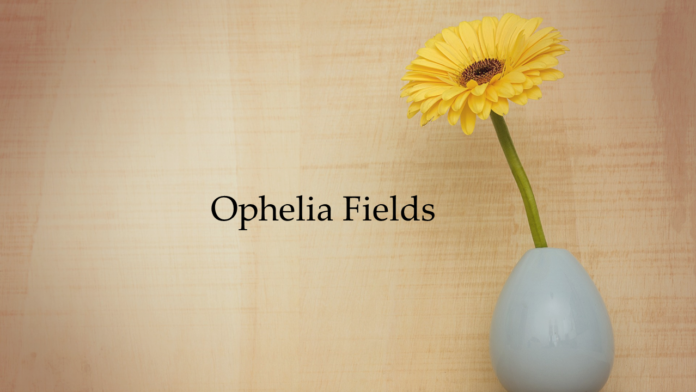 On December 26, 1949, she married James Cleophus Fields, Sr., and to this union, 12 children were born; five stillbirth, seven survived. She took pride in staying home and raising her children. When the coal mines shut down, she sought a public job and started her career at Golden-Rod Broiler, Poultry Processing Industry to help with the expense of raising children. She ended her public working with Americold Compressor Industry until she retired. During those years, Ophelia taught herself to drive—and a driver she was!

At an early age, she became a member of Pleasant Grove CME Church. In 1968, the church made a move and became known as Pleasant Grove United Methodist Church. She played a number of roles in the church: church school secretary, church treasurer and faithful choir member to name a few. But most importantly, Ophelia had a relationship with God. Ophelia was also known to have a beautiful penmanship.

On October 19, 2021, at her home in Colony, Alabama, she answered the call to join her beloved Cleophus in eternal rest.

Willie Rose – A devoted and loving daughter-in-law until the end.