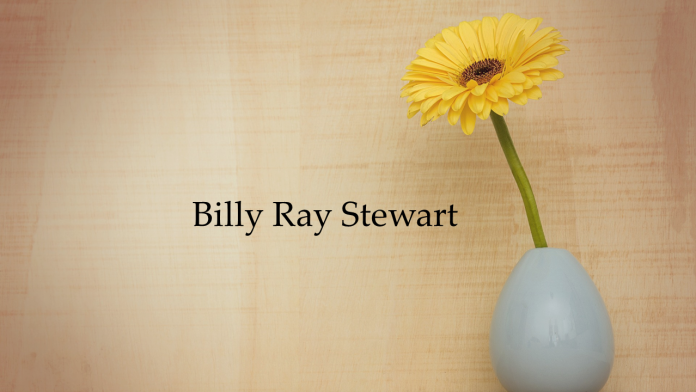 He was born on May 12, 1933, to Walter and Lela Pearl Stewart in Cullman, Alabama. He spent his early years there, and for a short time, in Georgia and Texas. He joined and spent three years in the Army, stationed at Ft. Sill, Oklahoma. He married and moved to Chicago, Illinois, where he spent almost 20 years before moving his family back to Cullman in 1970. He worked and retired from Speedring (now known as General Dynamics) as a gifted machinist and much respected supervisor. He loved the country life and greatly enjoyed living on his farms, both near Holly Pond and Goldridge, Alabama.

He was preceded in death by his parents: Walter and Lela Pearl Stewart; brother: Bobby Joe Stewart; and wives: Wilma Jo Stewart (the mother of his children), and Onzelle Stewart.