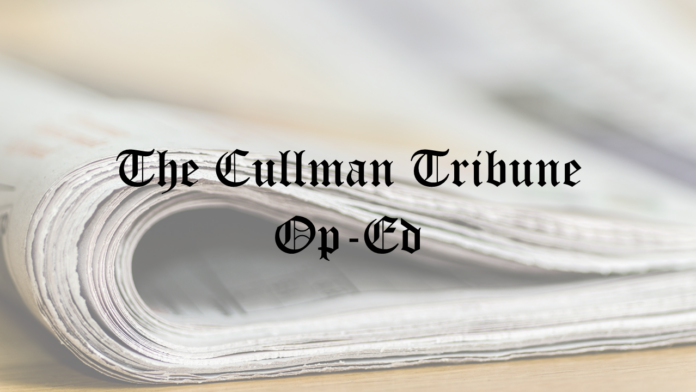 This Thanksgiving will be different from any other we have had in our lifetimes.  This past year has been a struggle, as every single one of us has had their normal lives disrupted.  Many of us have also lost friends and family as the coronavirus has swept through our communities.  To say 2020 has been a trying time would be an understatement.

This year has not been unlike that first year the Pilgrims spent after landing at Plymouth Rock; their crossing of the Atlantic, their year of loss and struggle and their ultimate triumph.

Four hundred years ago, a group of 102 passengers set sail from England on a ship known as the Mayflower. They left their homeland with eyes set on the New World, where hopes of religious freedom and entrepreneurial opportunities awaited. Today, four centuries later, the New World that these Pilgrims found is now the greatest country in the world, the United States of America.

As we look forward to celebrating Thanksgiving in a few days with our loved ones, (as best we can under the current situation) I think that giving thanks for the land that we call home is especially important this year. With the 400th anniversary of the Mayflower landing, we can look back and admire those brave men and women who embarked on a dangerous journey across the Atlantic Ocean. Many of the passengers aboard that ship sought religious freedom that would only be possible here in the New World. That religious freedom they risked their lives for remains a value we treasure and must continue to defend today.  Sadly, it’s a freedom we too often take for granted each and every day.

And when rough weather forced the Mayflower to land in Massachusetts rather than Virginia, the seeds of democracy were sewn. It was the Mayflower Compact that gave way to the Pilgrims establishing a colony that created its own laws and abided by them. This incredible feat of getting consensus among a diverse group is what led to the first self-governing document in the New World. The Mayflower Compact established something that had never been done before but was soon to be replicated on a larger scale when the nation’s Founding Father’s put pen to parchment and drafted the Constitution.

It was the brave passengers of the Mayflower who started the tradition of a day of giving thanks in the year 1621. That first year, especially the winter of 1620-21 was harsh and deadly.  Of the 102 original passengers, 45 died the first year. Many died from exposure to the cold, from diseases and from malnutrition. Four entire Mayflower families also died that first winter in Massachusetts.

But those who survived persevered.  While it wasn’t called Thanksgiving back then, it was a joyous celebration of the Pilgrims’ first corn harvest that they invited nearby Native Americans to join. Some two hundred and forty years later, President Abraham Lincoln established Thanksgiving as a national holiday to be observed on the final Thursday of each November.

While we are still struggling through the season of COVID, we can look to those 102 brave souls from four centuries ago who also struggled.  But they trusted that brighter days and the prospect of freedom were on the horizon.   Not only that, but they looked to God for their guidance and thank him for bringing them to the place we are today.

So, on this Thanksgiving, while we still struggle, we can take comfort from those who came before us.  We owe so much to the Pilgrims, as God put it in their hearts to travel to the New World.  Furthermore, they set before us a spirit of Thanksgiving to the all-knowing God.  And that is an example for us today, perhaps even more so than ever.