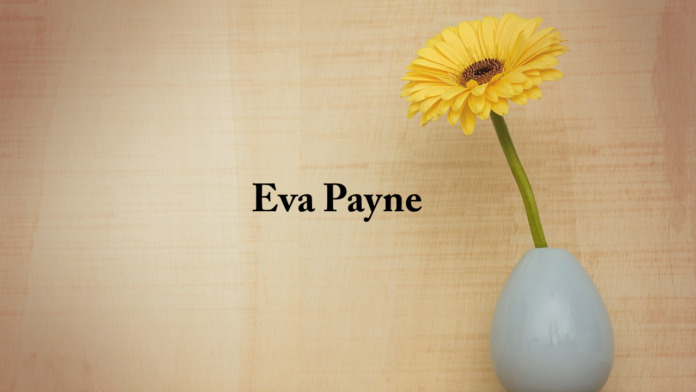 Eva Payne of Cullman, Alabama, formerly of Pinellas County, Florida passed away Friday, Dec. 6, 2019. She was born Dec. 24, 1923 in Chester, Pennsylvania to Charles and Josephine Tymusczuk.

She was known to her family as the one to always be there and help if someone was ever in need. Friends knew her as a shining star in this world. Her passion in life was sharing amazing stories and explaining to others about the things that her children, grandchildren, great-grandchildren and great-great-grandchildren had accomplished in life, whether it be big or small. Her smile and laugh were infectious and if you were in the room, you could not contain the urge to laugh or smile. Her biggest legacy will be the amount of love she gave to all of the people that were lucky enough to meet her.

In lieu of flowers, the family requests that donations be made to a local foster care center, or to families in need. Memorial Service Will be Dec. 27, 2019 at Moss Service Funeral Home. Condolences for the family may be given at mossservicefh.com.