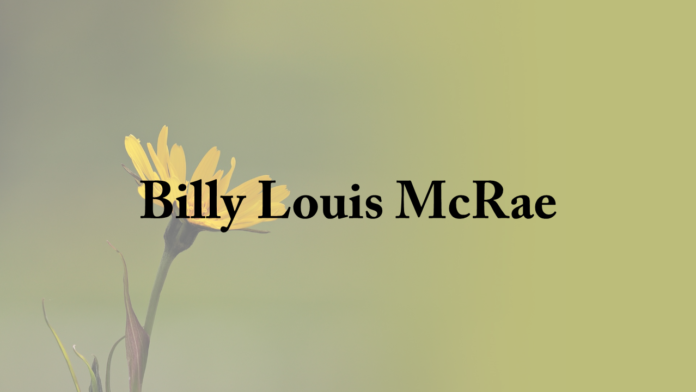 Billy Louis McRae, 87, of Double Springs passed away on March 30, 2019 at his home surrounded by his family.

Billy was born on March 17, 1932 in Tishomingo County, Mississippi. He joined the United States Army and served in the Korean War. Billy enjoyed hunting and fishing.

Visitation will be held on Sunday, March 31, 2019 from 6 p.m. to 8 p.m. at Nichols Funeral Home in Double Springs where services will be held on Monday at 11 a.m. Pastor Drew Robbins will officiate. Burial will be in Winston Memorial Cemetery.