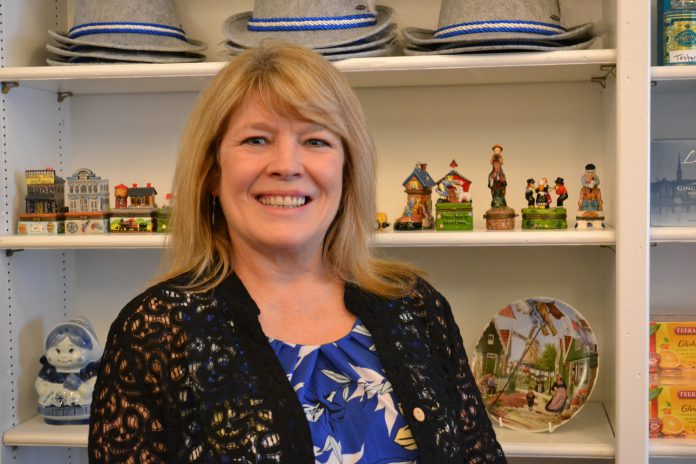 CULLMAN, Ala. – New owners of A Touch of German, Judith and John Caples, say the store is a link to the ‘Old Country.’

“My heart was calling me to be here,” said Judith Caples, who was born in Germany and raised by her German mother. “She was very involved in the German club in Birmingham, so I grew up immersed in the German culture.”

John Caples’s family has lived in Cullman since the early 70s; his wife moved here from Birmingham in 2000.

“Since I moved here I had shopped with Peggy Grobe for different items,” said Judith Caples. “When she closed the store, it made me sad. I told my husband that I thought this would be wonderful to have.”

She continued, “Last May I came by again and Peggy was here just selling about the last of the inventory. I told her I really wanted to buy her store. I know she tried to sell it for six years but it never worked out.”

Smiling, she said, “We officially signed in August on my mother’s birthday and opened the store in November.”

Since they’ve taken ownership of A Touch of German, the Capleses have renovated the store and expanded its offerings.

“It does look different,” said Caples, “We took down the wall and added lots of light. I am increasing the food items. One of the most exciting things is that we will be carrying bread from Germany. It is made in Hamburg, prebaked, frozen and sent here. We finish baking so you get it fresh made! The wonderful thing about this bread is that they told me that even people with celiac (disease) can enjoy it.”

She continued, “We have also spoken with a German butcher out of state so that we can carry some bratwurst and other meats.”

A Touch of German also repairs cuckoo clocks, said Caples, “We have already repaired some from out of state.”

Smiling, Caples shared,  “We are working on ways to bring back some of the German culture to Cullman. Anyone with stories to share, please come by. If you are looking for something that brings back a memory just let us know. We want this to be a fun stop for all ages. I have really enjoyed the response from everyone.”