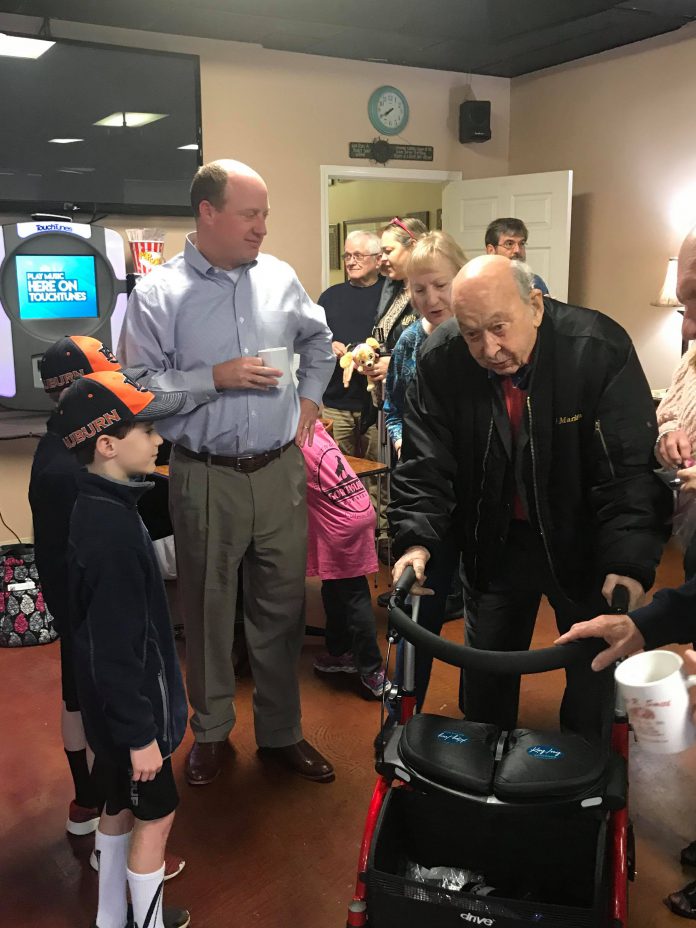 Ainsworth thanked Cullman County for continuing to be one of the top three "Republican" counties in the state, based on general election results.

After giving a brief overview of the responsibilities of his office, Ainsworth tuned to Ivey's Rebuild Alabama Infrastructure Plan, which proposes a 10-cent increase in Alabama’s fuel tax with an index the governor's office said is designed to coincide with the rising costs of building roads. The state currently imposes a flat excise tax of 18 cents-per-gallon on gas and 19 cents-per-gallon on diesel, without adjusting for inflation and other construction and maintenance costs. This combined fuel tax revenue generates 80 percent of Alabama’s transportation funding. Ivey said the plan’s 10-cent increase would be phased in over the next three years.

Said Ainsworth, “The governor has addressed the need and I think all of us can agree, there certainly is a need there. So the question is, what am I doing as lieutenant governor on the infrastructure issue? I want to applaud the governor for actually trying to solve a problem.”

Ainsworth said the proposed bill would include a Joint Transportation Committee to provide oversight over the Alabama Department of Transportation (ALDOT). The committee would be responsible for holding ALDOT accountable and for putting “needs over politics.” Ainsworth said polls show a growing distrust among Alabamians of how ALDOT handles taxpayer money. He said the current committee has not met in three years. Ainsworth said he hopes to change that and expand the committee.

When asked how the state would make sure Cullman County received its fair share of money from the gas tax, Ainsworth replied, “What we are working on to make sure Cullman County gets taken care of is the accountability measure with the Joint Transportation Committee which is going to consist of, if the bill passes, 10 members of the Senate. I’ll appoint them and there will be 10 members from the House. That committee is responsible for making sure that the money is based on need, which obviously Cullman County would have a lot of needs….the interstate running through here and there’s a lot of industry. So that is the purpose of the committee, to hold DOT accountable and make sure its transparent with every tax dollar that we appropriate, which is what the Legislature does.”

Workforce development is what Ainsworth identified as his office’s no. 1 priority, He said his office is currently developing an app that will be available to all students listing all available jobs within 60 miles of each student. He said the aim of the app is to help students see what opportunities are out there and what training and education is needed in those jobs and careers.

Ainsworth explained why he believes kids need this app to receive this information, saying, “Parents aren’t doing their job anymore. Counselors aren’t telling these kids that, so we’ve got kids literally graduating from high school that have been told- how are you doing on your ACT and where you going to college. Statewide, about 60 percent of students do not go to a two- or four-year college. We’ve got to get people, what I call, 'job-ready.'”

Ainsworth said his office is also working on a plan to help incentivize growth and expansion for both local and out-of-town businesses and is involved in the work to help overhaul Alabama's correctional system.

Looking ahead to 2020, Ainsworth had the U.S. Senate race on his mind, saying, “We gotta make sure that we have a senator that represents Alabama values in 2020. We’ve gotta beat Doug Jones. We’ve got a senator that is pro-abortion, that’s anti-Trump, and that basically everything we stand for, he’s against. It shocks me how liberal Doug Jones has been.”