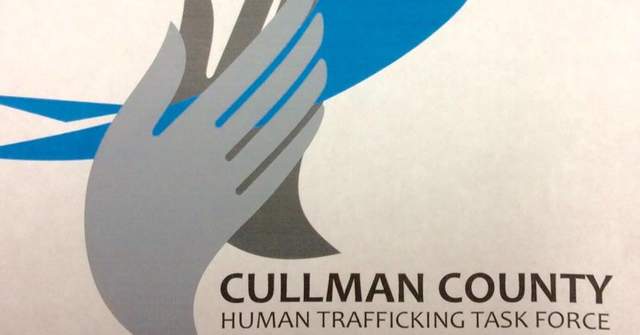 CULLMAN, Ala. – Cullman County Human Trafficking Task Force Chairperson Kathy Wilson shared with The Tribune about “sextortion,” the use of privately-made, sexually-explicit photos or videos to coerce victims into compliance.

Sextortion can be tied to human trafficking because the definition of sextortion is when an individual coerces victims into providing sexually-explicit images or videos of themselves, then threatens to release or distribute the images or videos unless the victims comply with demands.  In many cases, the demands include more photos or performing sex acts with the individual making the demands. Sextortion can be facilitated in many ways by those seeking to exploit vulnerable individuals sexually or for financial gain.

Sextortion affects children across all demographics.  Victims often withdraw from family and friends and can exhibit signs of anxiety, physical and emotional trauma, and bullying; they are at a higher risk of dropping out of school and of developing suicidal thoughts.

How can you protect your kids?

Supervise your children’s computer, mobile device or tablet.  Devices like smartphones are more difficult to manage due to their mobility and technical capabilities.  As teenagers’ brains are not fully developed, they often struggle with impulse control and anticipating consequences.  It’s very important to discuss with your children appropriate uses for these devices when they are given access to them.  This includes communicating with others online and sending photos. Parents should maintain their child’s online account access information and be able to log in at any time.

Communicate with your children.  Have discussions with your child about the dangers associated with communicating with unknown people online, sending photos or engaging in other risky behavior online.  To help protect your children from online predators, it’s important to educate your children about sextortion and the motivation of those who extort children. Let your children know they can come to you without fear should they ever be faced with this type activity.

Sextortion is a crime.  The coercion of a child by an adult to produce child pornography is a Class A misdemeanor that carries heavy penalties; just having sexually explicit images of a minor on your phone or tablet is considered possession of child pornography and is a Class C felony.  If human trafficking is involved, those penalties can be up to life in prison. Remember: the definition of human trafficking involves the use of force, fraud or coercion to obtain some type of commercial sex act.

In 2017 Gov. Kay Ivey signed into law the Sex Offender Reporting Bill, which includes sections to update Alabama’s Criminal Code on sex crimes involving the use of technology:

A first offense is a Class A misdemeanor; subsequent violations are Class C felonies.

Offenses of this type are Class B felonies.

If you suspect someone is involved, or know someone who is a victim of sextortion, contact: