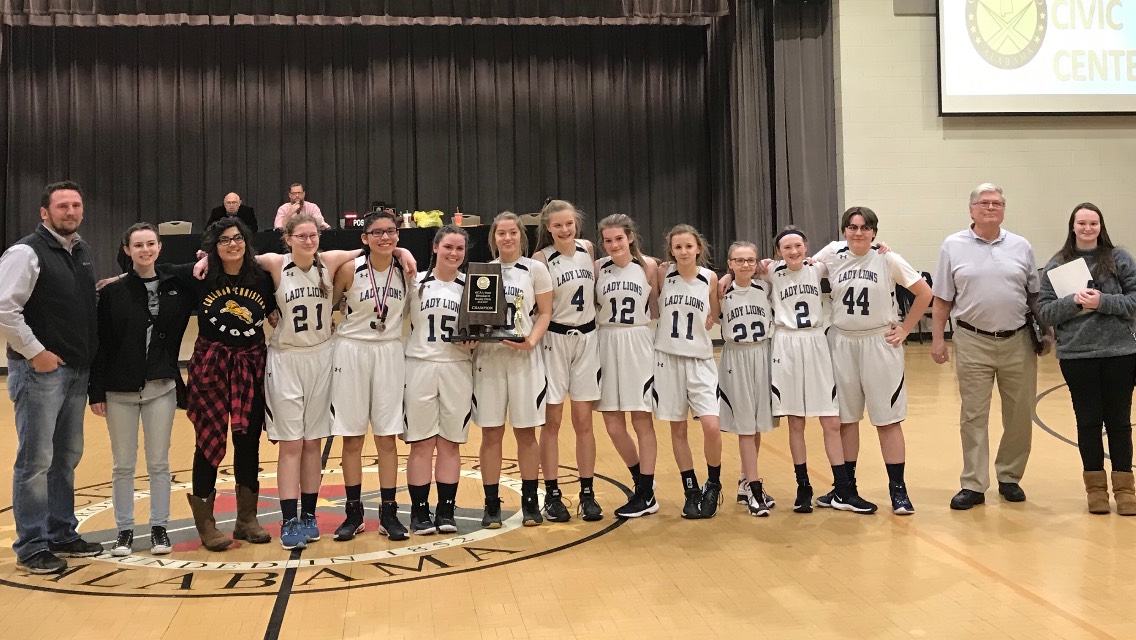 OXFORD – For just the second time in school history, the Cullman Christian Lady Lions are the Alabama Christian Athletic Association (ACAA) State Champions. Cullman Christian defeated Cornerstone Christian 46-31 at the Oxford Civic Center in Saturday morning’s championship game to cap off a phenomenal season and to wrap things up, Head Coach Roger Pierce was voted the ACAA Coach of the Year. The Lady Lions also finished the season with two players on the All-State roster, Ceara Hurkes and this year’s All-State MVP Klowy Barrett.

Coach Pierce is proud of the way his team worked and improved throughout the season, so he wasn’t too surprised when they started winning big games on big stages.

“Well we were undefeated in regional play and we stayed undefeated,” Pierce joked. “We lost some of the non-regional games, but we really had a great season. The kids worked hard and got better. This is our first girls' championship in a long time.”

Pierce and the Lady Lions came in with a good game plan against a bigger, stronger team, but even coach was impressed with how his team was able to match up with the Lady Cougars.

“They played really well, Cornerstone was a big, strong team that was powerful on the boards and our kids rebounded with them,” Pierce said. “We played full court pressure defensively the whole time and that was the difference in the game.”

When reflecting on the game, Pierce had to credit his team’s senior leadership for helping the Lady Lions pull away in the fourth quarter and of course, he also credited his faith.

“I’ve got a couple of senior leaders who just did so well. One of them, Lacey Watts, did such a great job rebounding and on defense and we just had really a good game,” he said. “It was touch and go until the last four minutes when we pulled it out, so we are celebrating, having a good time and you always have to remember to thank the good Lord.”