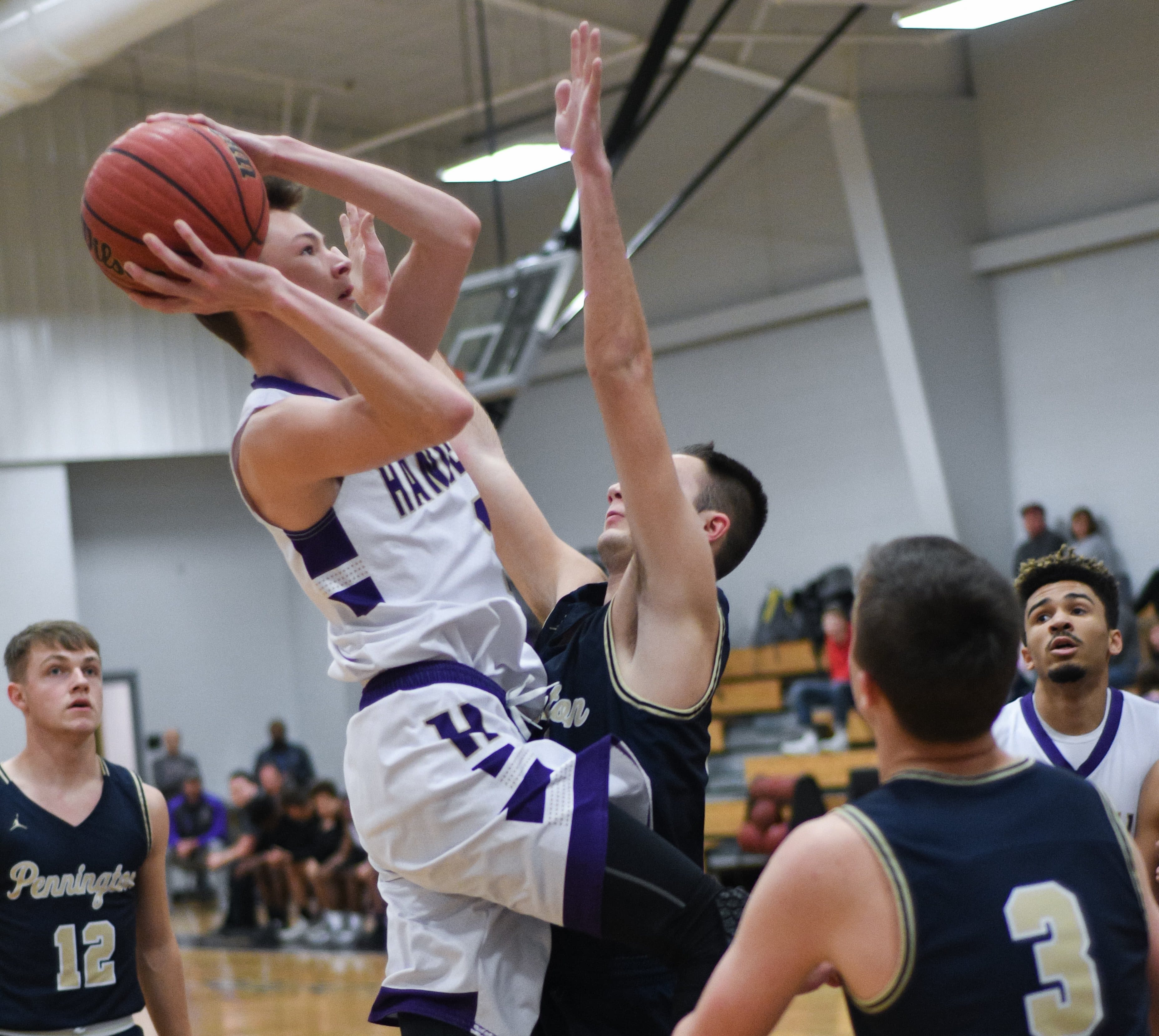 HANCEVILLE – The Bulldogs hosted J.B. Pennington in the Class 3A, Area 12 title game Saturday night and Hanceville came up just short in a wire to wire showdown, 61-58. Neither team was able to build a lead of more than a few points throughout the night and it ended up coming down to the final shot.

The Bulldogs jumped out to a 7-2 start in the opening period, but a 3-pointer gave the Tigers a 10-9 lead midway through the first. Pennington maintained a 14-13 lead at the start of the second quarter, but Hanceville was able to tie the game at 18 later in the period. R.J. Evans converted an and-one play to put the Bulldogs in front 21-20 midway through the second and back-to-back buckets from Zeke McDonald in the final minute of the quarter gave Hanceville a 27-26 advantage at the half.

Romain Pochon got a heavily contested layup to fall early in the third quarter to put the Bulldogs on top 34-29, but the Tigers were able to tie the game back up at 37 midway through the period. Hanceville turnovers helped fuel a 10-3 run for J.B. Pennington that put the Tigers on top 47-40 by the start of the final frame.

A 3-pointer from Tyson Bellmon cut the lead to 50-44 early in the fourth and another and-one play by Evans made it a 51-47 game. The Tigers nailed a three to take a six-point lead, but Fred Ellis answered with a three of his own to trim the lead to 54-50. Pennington laid one in with just under three minutes to play to go up 58-52, but Pochon was able to cut the lead to four with a basket around the 2:00 mark.

Later in the fourth, the Bulldogs cut the lead to 58-57 after Pochon stole the ball from the Tigers and hit Ellis sprinting down the floor for another basket. A free throw from McDonald tied the game at 58 with just under a minute to play, but J.B. Pennington knocked down three free throws in the final minute to go up 61-58. Hanceville took possession with 16 seconds remaining and one more chance to tie the game but a three from Evans bounced off the rim and the Bulldogs fell at home, 61-58.

Ellis led Hanceville with 17 points in the loss, followed by Pochon with 13, Evans with 11 and McDonald with nine. The Bulldogs will be on the road Tuesday night when they head to Midfield for a sub-regional matchup at 7 p.m.

Next week’s sub-regional schedule; all games start at 7 p.m.

Class 3A, Area 12 – Hanceville at Midfield