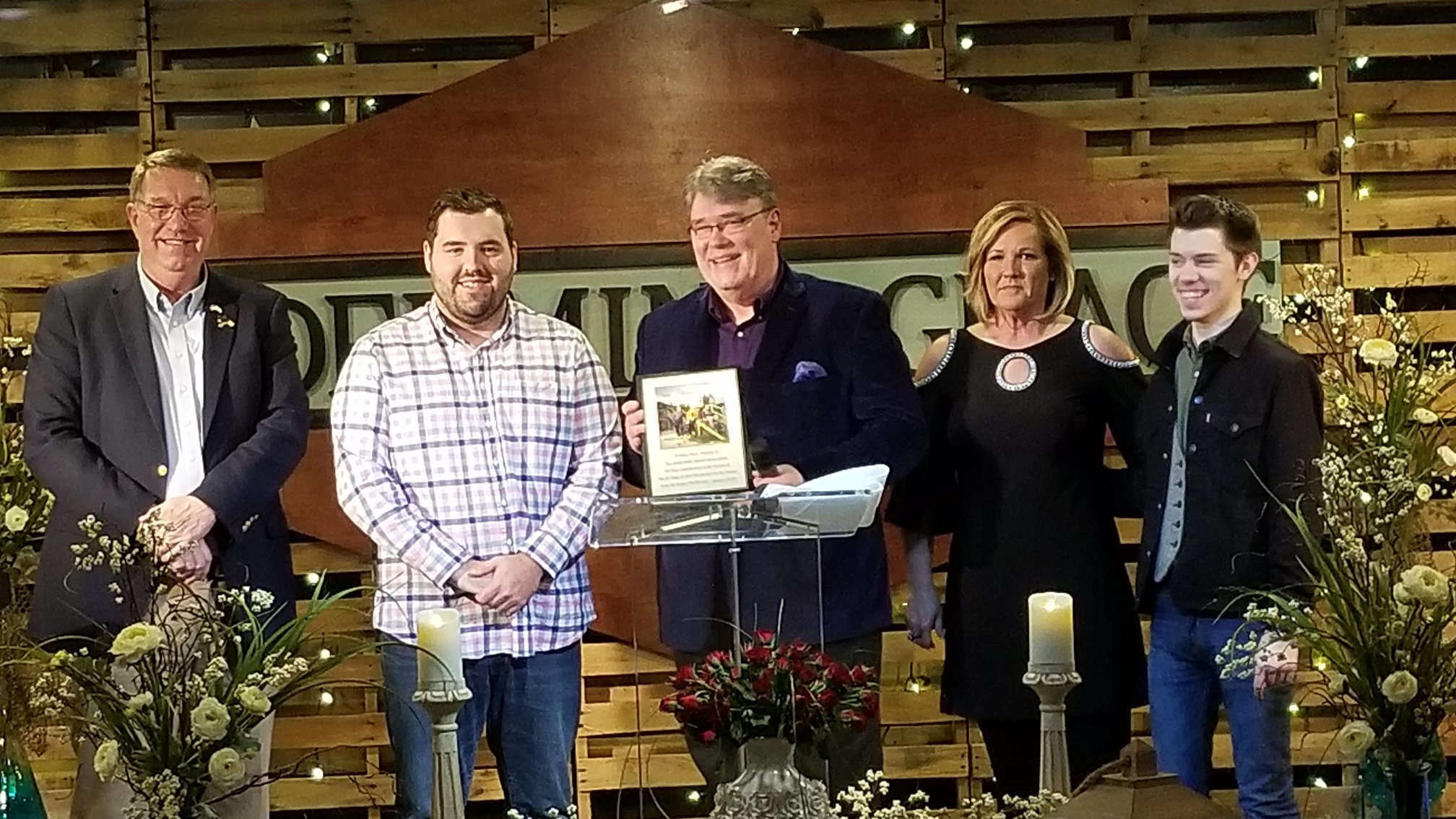 CULLMAN – On Jan 10, a special reception was held at Redeeming Grace Church of Cullman to celebrate Cullman’s own The Steeles, whose song “Prodigals” was named the no. 1 Southern Gospel  Song of the Year for 2018 by The Singing News Magazine, The Printed Voice of Southern Gospel Music.

Foregoing the typical “Nashville” gathering, The Steeles opted to have the ceremony (which honored those who helped with the award-winning song) in Cullman.

Group owner and senior pastor at Redeeming Grace Church, Dr. Jeff R. Steele said, “We wanted to celebrate with and around the folks we live and shop and worship with…the folks of the city and county of Cullman. We had (for this event) the largest crowd (by far) we have ever had for ANY event here at the church.  It was glorious!”

The event was made even more special because Cullman Mayor Woody Jacobs presented all the plaques to each recipient that night.

Brad Steele, who received a plaque as producer of the song, said, “It was not only a real joy to have the plaque presented by our mayor, but to know that the plaque itself was made right here in Cullman was a big deal as well.”

Jeff Steele’s wife Sherry said, “Mayor Jacobs being there added clout to this event that set it apart as a very special night for all of us.  Yes, he is our friend, but tonight he was the mayor and just did a great job!”