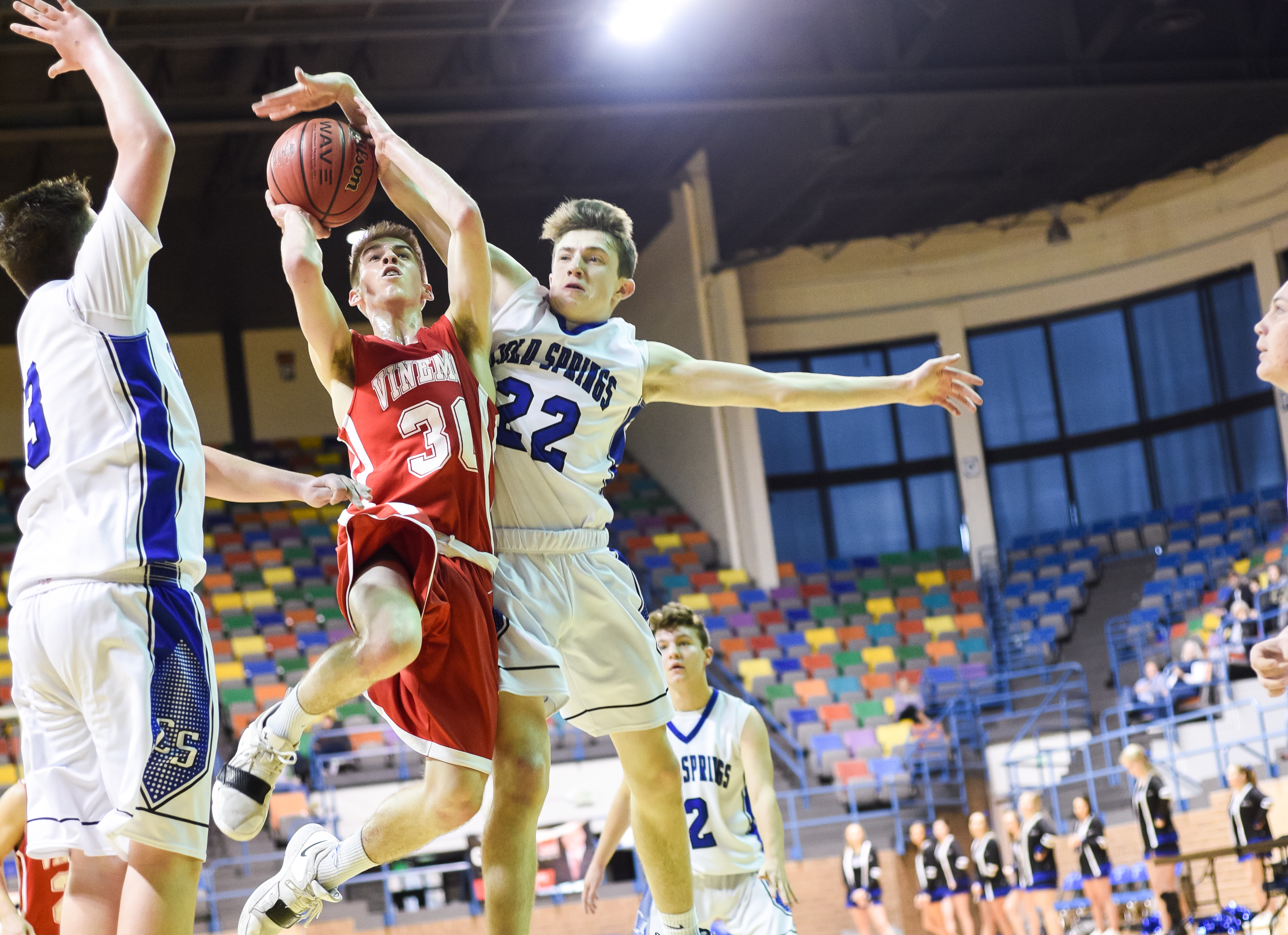 Vinemont's Caleb Sharpe (30) led the Eagles with 13 points in their 44-29 win over Cold Springs Saturday afternoon. (Martha Needham for The Cullman Tribune)

HANCEVILLE – In Saturday’s second helping of County Tournament action, the junior varsity boys opened up their bracket with a matchup between (4) Cold Springs and (5) Vinemont. After a tight first half, Vinemont was able to create some separation in the second half and defeated Cold Springs 44-29 to advance to the semi-final round.

Neither team was able to create much separation in the opening period but a layup from Teague Whatley just before the buzzer gave Vinemont an early 14-10 at the end of the first quarter. The Eagles were able to create a little separation early in the second when a three from Caleb Sharpe moved them ahead 17-11. Vinemont maintained their lead throughout the rest of the half and took a 23-16 lead into the break.

A basket by Whatley stretched the Vinemont lead to 28-20 midway through the third quarter and Caleb Sharpe added to it with a three-pointer to go ahead 31-20. The third ended with Vinemont in front 33-22.

Early fourth quarter turnovers from Cold Springs led to some easy baskets in transition for Vinemont and they found themselves on top 37-26 midway through the final period. Vinemont pulled away to win it 44-29.

Sharpe led Vinemont with 13 points, followed by Whatley with 10 points, Bryce Perkins with seven and Dalton Whitehead with six. On the Cold Springs side, Lawson Burgess led the way with 14, followed by Ayden Alexander and Tanner Kilgo who each posted five.

Vinemont will advance to take on the top-seeded Fairview Aggies Monday at 5:30 p.m.