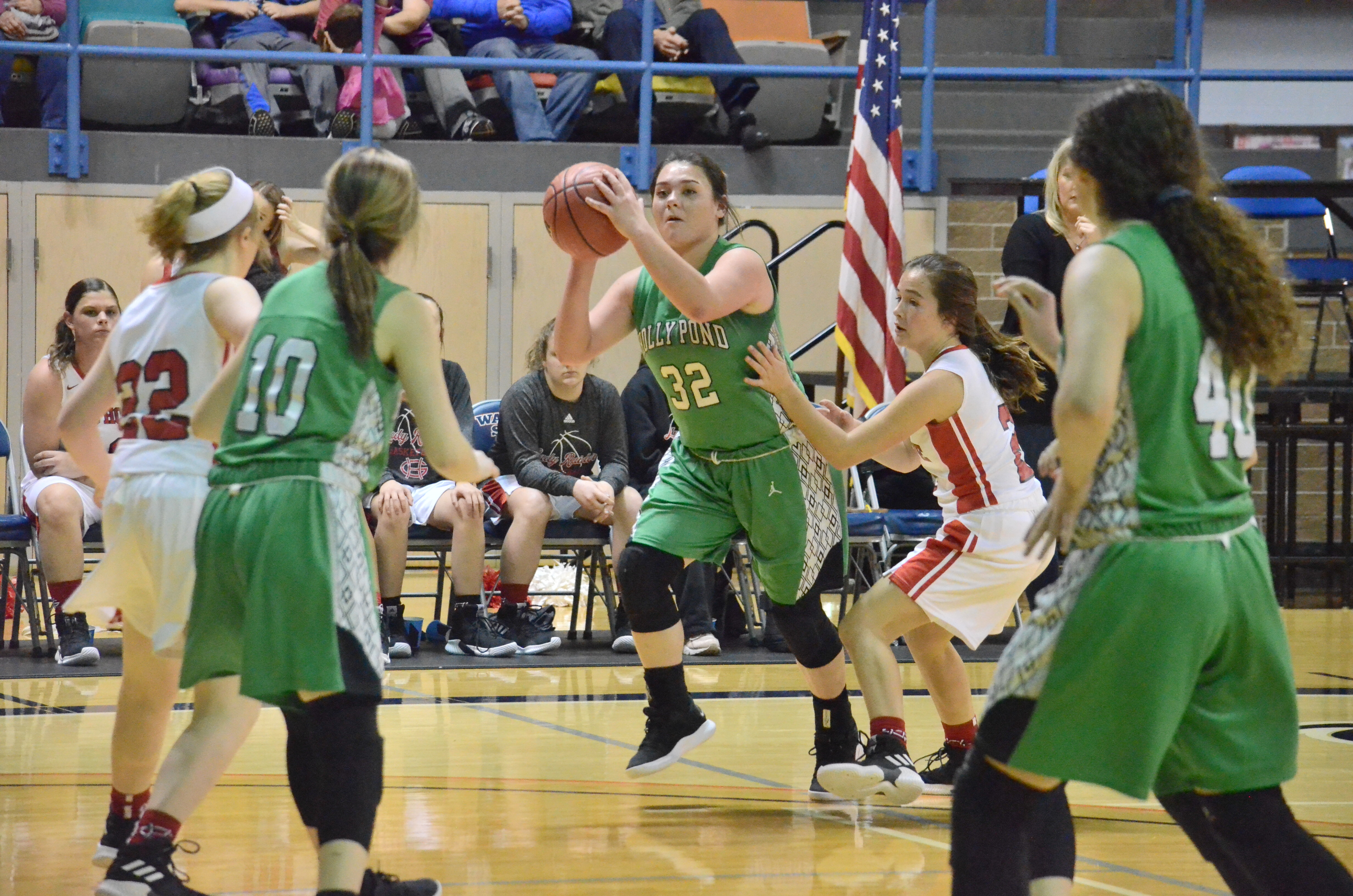 HANCEVILLE – The 2019 Cullman County Basketball Tournament officially tipped off at 2:00 Saturday afternoon with a junior varsity girls’ showdown between (4) Good Hope and (5) Holly Pond. It was a wire to wire game but in the end, it was the Lady Raiders that escaped with a 35-33 win.

The first five points of the contest were scored by Holly Pond’s Kaylee Stalling, giving the Lady Broncos an early lead. The Lady Raiders were able to the lead to 8-5 by the end of the first quarter and kept it tight for the rest of the half. A jumper from Addie Stripling gave Good Hope a 12-9 lead midway through the second and a three-pointer from Kyndall Seal gave the Lady Raiders a 16-14 advantage at the half.

Good Hope maintained a slim 21-20 lead midway through the third quarter but a basket from Kennedy Twilley put the Holly Pond back in front 22-21. Neither team was able to create much separation but a basket by Raeleigh Olinger in the final seconds of the period gave the Lady Broncos a 26-24 going into the fourth quarter.

Both teams found themselves locked at 28 early in the fourth until Stallings knocked down two free throws with just over three minutes to play to put Holly Pond ahead 30-28. The Lady Raiders got back in front 33-32 on a layup from Madison Speegle with less than two minutes to play but Olinger knotted the score at 33 with a free throw on the Lady Broncos’ next possession. After coming up with a stop on the defensive end, Seal hit a fall away jumper to put Holly Pond back in front 35-33 with 14 seconds to play. Good Hope’s final shot fell just short and the Lady Broncos held on to win in a thriller, 35-33.

Stallings led all scorers with 17 points in the win. Kennedy Twilley and Raeleigh Olinger finished behind her with six and five points respectively. For the Lady Raiders, Seal led the way with 10 points, followed by Rene McLeod with seven and Stripling and Aaliyah Smith who both finished with five.

Holly Pond will advance to take on the top-seeded West Point Lady Warriors in the semi-final round Thursday at 5:00 p.m.