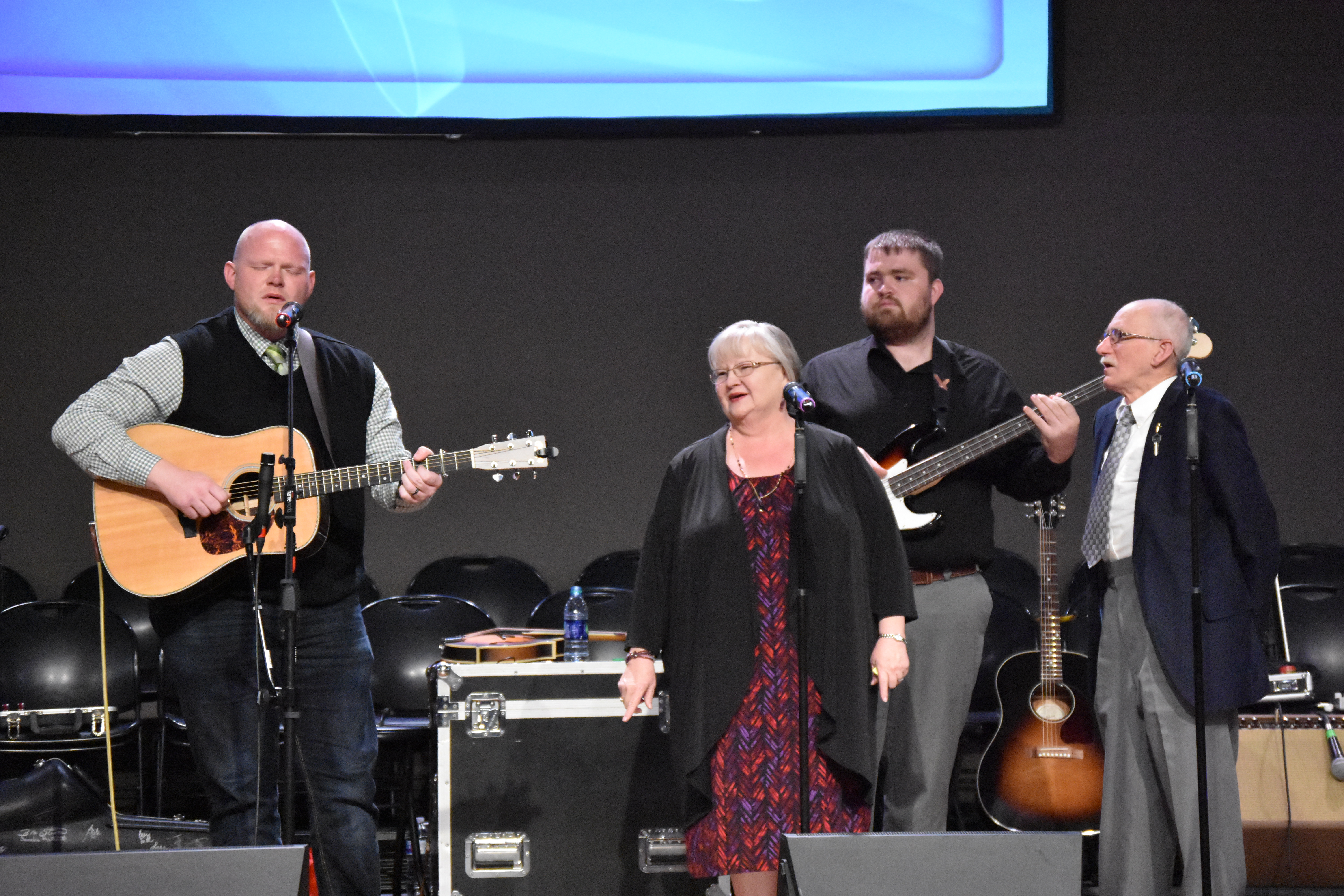 The performance by Eagle’s Wings was a highlight for many fans. (W.C. Mann for The Cullman Tribune)

CULLMAN – Planners and promoters didn’t know what to expect from the very first North Alabama Quartet Convention in Cullman, but two hours before it even started, they already had their answer.  At 4 p.m. Friday, gospel music fans were already lining up at the doors of Temple Baptist Church to get into the free event, and all 322 VIP tickets available for purchase had been sold. An hour in, at 7 p.m., it was standing room only inside the large church sanctuary.

Fans were treated to an entire evening of performances by 20 Southern Gospel acts, capped off by a concert by multi-award winning Triumphant Quartet, whose bassist Eric Bennett is a Battle Ground native, and who served as the “house band” for many years at the Louise Mandrell Theater in Pigeon Forge.

Late Friday evening, event host and Living Faith Quartet bassist Mark Byrd told The Tribune, “I’ll tell you what, it’s been a blessing tonight.  You know, we’ve had such a great turnout. You never know what kind of turnout you’re going to have, and it’s been a great, great evening. The people that came have enjoyed it, and they really reacted greatly to the singing and the spirit that’s felt here, and we’re excited!

Obviously at the end of one night, Byrd wasn’t ready to announce plans for a second annual North Alabama Quartet Convention, but he seemed ready to work on one.

Said Byrd, “We’ve had so many great sponsors already, and we kind of started late in the game, but everybody in this community has been a great support, even the ones that couldn’t–wasn’t in their budget because the fiscal year had run out.  So I think we’re going to get a lot more sponsors next year, and that’ll help us just build a whole lot better program- if you can get better. I don’t know if you can get better, but it’s good!”