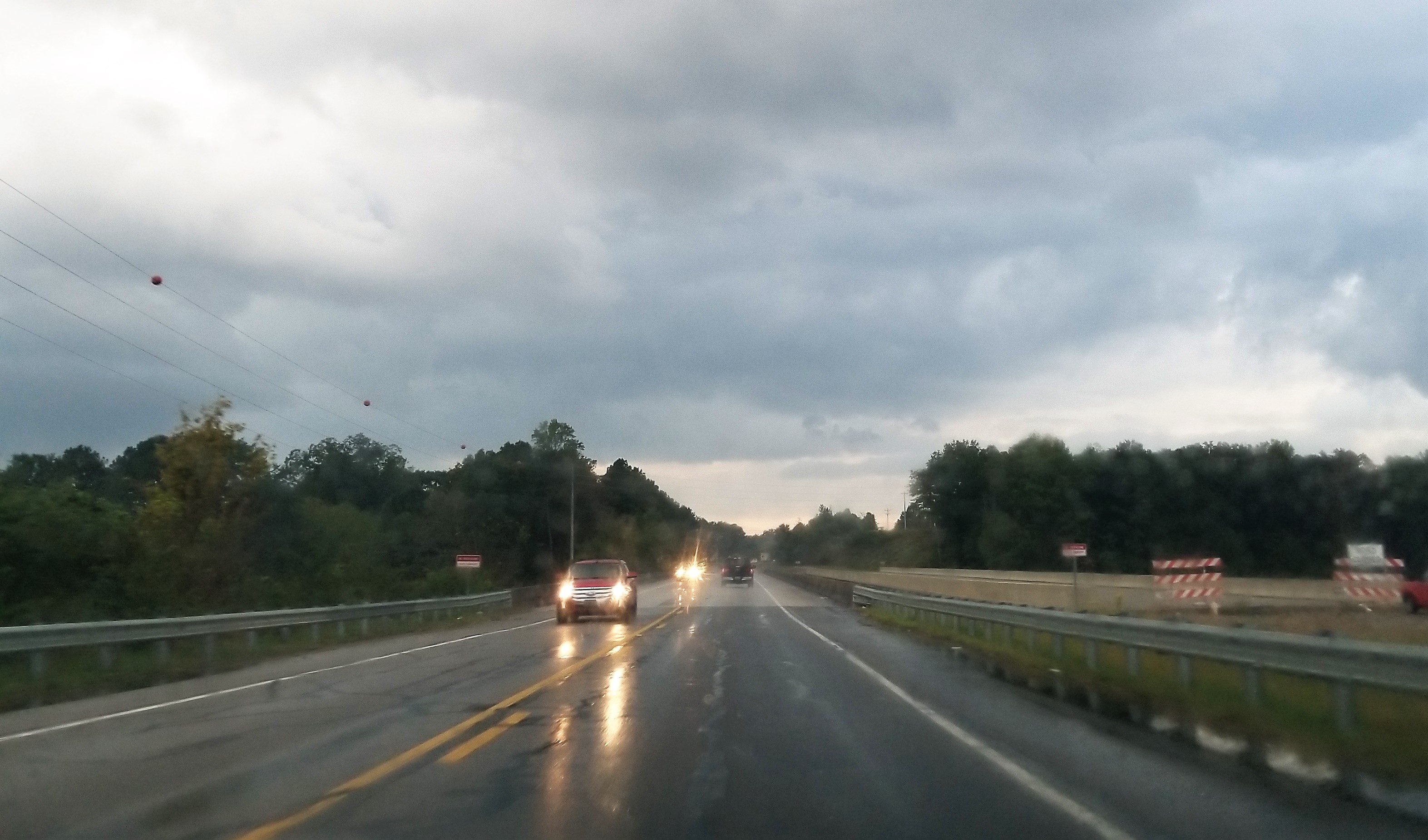 Alabama Highway 157’s “bridges to nowhere” in Cullman will soon have somewhere to go; road construction is slated to begin in 2019. The City of Cullman on Friday morning announced that it has been awarded a $14 million BUILD Grant to complete the widening of Hwy. 157 from just east of U.S. Highway 31 to just past Cullman Regional. The 3.5-mile stretch of Hwy. 157 is the only portion of that highway that is not four lanes.  (Maggie Darnell for The Cullman Tribune)

CULLMAN – "This is big. Really big," said a proud Cullman Mayor Woody Jacobs Friday morning. The project to complete the expansion of Alabama Highway 157 from two lanes to four between U.S. Highway 31 and Alabama Highway 69 is finally going to be completed, thanks to a $14 million grant from the U.S. Department of Transportation's Better Utilizing Investment to Leverage Development (BUILD) Grant program.

“This project will have a major impact on the city of Cullman, Cullman County and the surrounding areas,” said Jacobs. “The City submitted a grant application this summer to complete the widening of the remaining 3.5 miles of Alabama Highway 157. Yesterday after lunch, we received notification from Washington, D.C. that we got that grant."

Jacobs said there were between 900 and 1,000 grant applications across the United States, and only 10 percent of those were awarded.

“This $14 million grant, to my knowledge, is the largest grant the City of Cullman has ever been awarded,” he said.

Jacob’s talked about the importance of the project, especially concerning access to Cullman Regional. This two-lane portion of Hwy. 157 is the direct route to Cullman Regional, which serves more than 175,000 people in a six-county area. The current traffic congestion on this road makes it difficult at times for emergency vehicles to reach the hospital. More than 15,000 cars travel this two-lane section of road daily, which includes trucks trying to get from local industries to Interstate 65.

“Highway 157 is like 90 miles of road, and the whole corridor is four-lane, except for this last 3.5 miles,” said Jacobs. “Numerous ambulances run up and down that stretch. And we all know how congested that stretch can get. And if for some reason it ever got shut down, somebody could die having to go around to get to the hospital. That was honestly included in our grant application.”

The “bridges to nowhere” in the 3.5-mile corridor, one over the railroad and one over Lake Catoma, were completed over two years, finished in 2013. Widening of the road was postponed indefinitely because of a lack of funding. The bridges have been the subject of much controversy among Cullman County residents, who have frequently voiced frustrations about the completed bridges being inaccessible.

According to Jacobs and Cullman Economic Development Agency (CEDA) Director Dale Greer, however, if not for those bridges, this grant would not have been possible.

“Poor old ALDOT (Alabama Department of Transportation) took a whipping about these two bridges sitting out there cause they’re finished but not being utilized. Well let me tell you, without those two bridges, we could not have gotten this grant,” said Jacobs, “because part of this grant process was it’s got to be a project that’s pretty well ready to go. Over 90 percent of the right-of-way of has already been acquired and the bridges are completed. All of this money has to be spent by 2025. That sounds like a long time until you start doing road work. They’ve already got quite a bit of the engineering done; they’ll have to clean it up and get it to that point. If those bridges weren’t already there and those things, we couldn’t have even applied.”

Jacobs said, “This is an everybody grant. It affects everybody.”

According to Greer, the total project cost is estimated at $28 million. The remaining $14 million will be paid for by ALDOT. It is anticipated that construction on this project will begin in early Fiscal Year 2020. All funds have to be expended by September 2025.

“Our team at the City of Cullman did a remarkable job preparing this grant. The City of Cullman, Cullman County and the surrounding area will benefit greatly from this project. The city, county, state delegation, and leaders in Washington D.C. worked in unison so that we knew at the end of the day, we did all we could to give Cullman the best shot at this opportunity. Today, we can say that through the efforts of many hard-working people, we have seen this process across the finish line,” said Jacobs.

“I would like to thank our federal delegation – especially Senator Shelby and his staff. Also, I want to give a big thank you to our staff here at the City of Cullman. Without their persistence and drive on securing this grant, it would not have happened,” said Jacobs.

BUILD grant applications could not be less than $1 million in rural areas and not greater than $25 million. No more than $150 million could be awarded to a single state. At least 30 percent of funds had to be awarded to projects located in rural areas.

“This BUILD grant awarded to the City of Cullman will allow for critical highway infrastructure improvements in the region,” said Sen. Richard Shelby, R-Alabama. “As Cullman continues to experience significant commercial, industrial, and residential growth, it is important that we find ways to support this rapid development. I look forward to continuing to work with my colleagues and DOT in paving the way for economic success by rebuilding our local infrastructure.”

"Securing this federal infrastructure grant allows Alabamians, in our district, to benefit for generations to come," said Sen. Garlan Gudger, R-Cullman. "This much needed improvement will address our current safety and transportation concerns, along with providing a boost in economic development and allowing opportunities for expansion of industry."