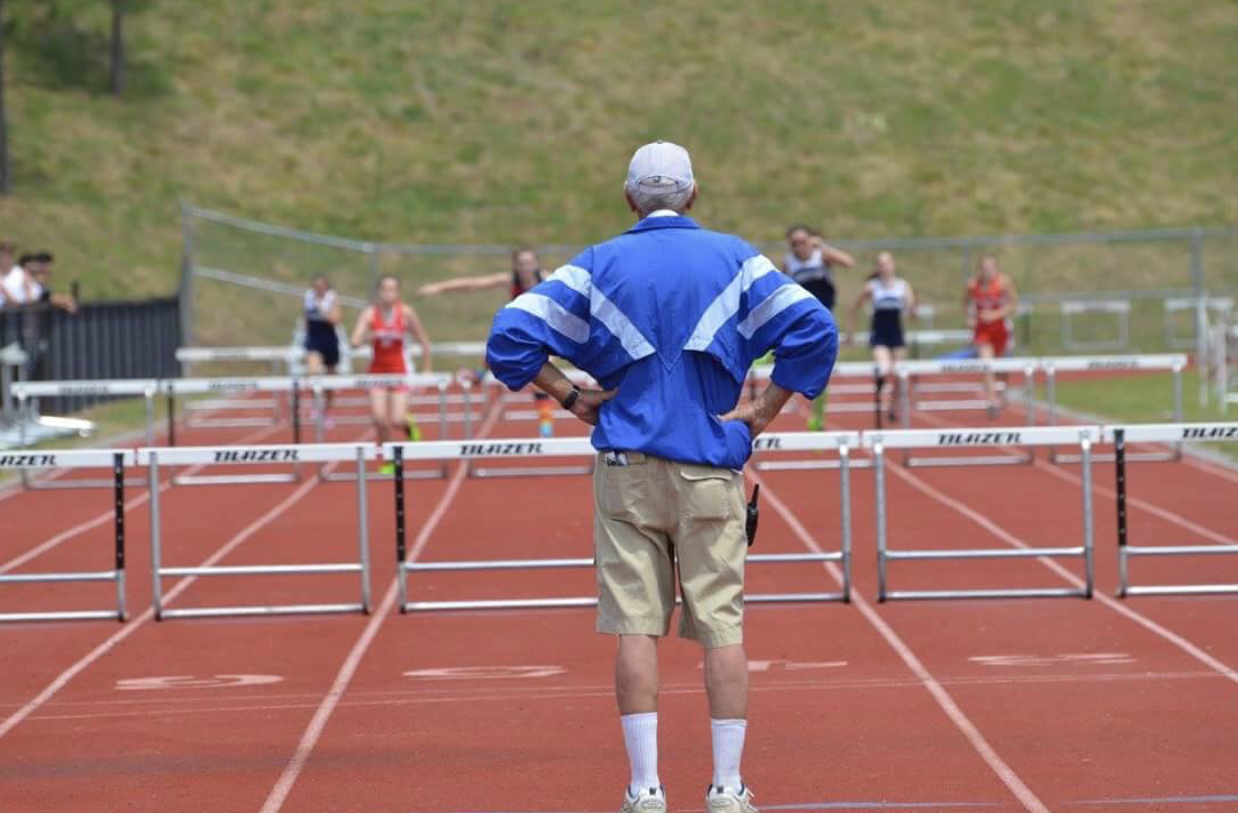 Longtime Cold Springs track and cross country coach Clay Campbell will be inducted into the AHSAA Sports Hall of Fame in March 2019. (Photo by Destiny Campbell)

Coach John Wooden once said, “Ability may get you to the top, but it takes character to keep you there,” and that is a perfect description of my granddaddy, Coach Clay Campbell.

For Campbell, coaching has always been about seeing young people reach their potential and going about it the right way. Character is something he tries to instill in each athlete, to always do what is right even when no one is watching.

Campbell graduated from Cold Springs in 1971 as a dual-sport athlete and even competed on the school’s first football team. He then attended Southern Benedictine College to obtain his secondary education degree. Campbell began his coaching career at Winston County High School coaching tennis, basketball, volleyball, football and baseball over the two-year period he was there. He also coached football, track and basketball at West Point High School before returning to his alma mater, Cold Springs High School. He remained there for the majority of his career, coaching basketball, football, track and even starting the school’s very successful cross-country program and was inducted into the Cullman County Sports Hall of Fame in 2005.

In the early 2000s, Campbell began to notice the potential in his distance runners on his track team and began the route to starting the school’s first cross county program.

“It took us several years and great parents to get the program funded and started,” Campbell said. “It wasn’t until our first state championship that the program could start standing on its own.”

I personally remember waking up early on Saturday mornings and loading up our little maroon minivan with coolers and kids. This is what we used as our bus, and off we went to the meet for the day. When the program first began, the only place to train was running laps around the track. But, through grandad’s hard work, he developed one of the state’s top and most challenging courses in Cold Springs, which in turn birthed the ever so successful Kudzu Hills Invitational, at one point the largest event held on a school campus in the state of Alabama.

Grandad spent countless hours working on the course in preparation for the meets. He took a brand-new program and pushed it past its limits to build it into the powerhouse program it is today. Campbell led the boys’ cross-country team to 13 consecutive county championships and two state championships. He also led the girls to 11 consecutive county crowns and a state championship. Each team had its share of state runner-up finishes as well. He also coached many individual state champions as well as countless All-State finishers. Campbell was named the NFHS (National Federation of State High School Associations) Cross Country Coach of the Year in 2016 (boys) and again in 2017 (girls).

During his time coaching track at West Point High School, Campbell coached the Warriors to multiple county championships as well as sectional championships in both male and female categories. When he returned to Cold Springs, his success continued. Being a small school, we did not really have the funds to get all the necessary equipment that we needed, but that did not slow Campbell down. He just made us work twice as hard. I have even heard stories from his earlier years of coaching where he had guys throwing cement-filled cinder blocks to practice in place of a shot put. Campbell ended his career with multiple county titles, sectional titles and state runner-up titles at Cold Springs as well as back-to-back state championships. The U.S. Track and Field and Cross-Country Coaches Association named him the Alabama Boys’ Coach of the Year in 2014.

Former University of Alabama runner Dr. Palee Myrex stated, “I learned how to be a champion not by the workouts Coach Campbell had us do, but by watching him live the principles that he taught of dedication, integrity, hard work and refusing to give up.”

Campbell has recently been selected as a member of next year’s AHSAA Sports Hall of Fame and will be inducted in March 2019.

It was a privilege to be an athlete under the leadership of Coach Campbell; however, it is an even bigger honor to call him my grandfather. His coaching goes beyond the competition arena. He is the perfect representation of what it means to be a coach. When you ask his former athletes to describe him, numbers and stats very rarely come up, instead they are replaced by words such as mentor, teacher, guide and role model. He imparted life lessons to the athletes he encountered that proved to be far more enduring than any race. He taught his athletes a way of life: being humble, maintaining priorities, having character and so much more. There was once a scoring error at a sectional track meet that resulted in his Cold Springs boys taking home the second-place trophy. However, my grandfather, being the man he is, noticed the error later that evening and immediately contacted the school and even returned the trophy. All he said was, “You have to do what is right.” From that instance alone, he earned the respect of many athletes, colleges and coaches by setting an example of doing what is right.

So, we congratulate you Coach Campbell, and we hope the culture of high school coaching can one day reflect your attitude toward young people, life and athletics.