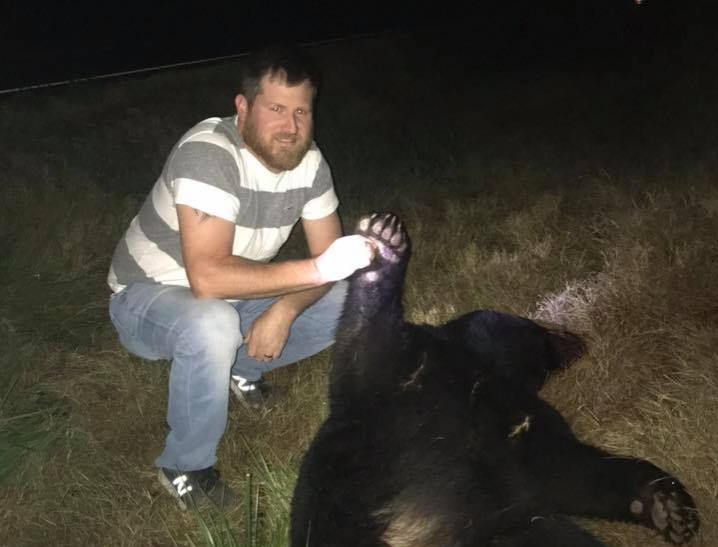 BROOKSVILLE – On Sunday evening, a black bear was struck by a vehicle on U.S. Highway 278, just across the Blount County line in Brooksville. That’s about 30 minutes east of the city of Cullman.

Alabama Department of Conservation and Natural Resources Naturalist/Biologist Marianne Hudson reported to The Tribune that the bear was a male, approximately 2-and-a-half years old and weighed 231.5 pounds–a typical size for its age.  It survived the initial impact but sadly suffered critical injuries and had to be euthanized at the scene. Officials do not currently know who hit the bear.

Black bear sightings are fairly common in Alabama, especially in the Appalachian northeast quarter of the state and along the Gulf Coast and counties bordering Florida.  According to Hudson, though, bear sightings have been reported in more than half of Alabama’s counties; sightings appear to be on the rise in the northeast part of the state, where bears have migrated from the mountain region of north Georgia.

Several reports have been made this fall of black bear sightings around the Baileyton community in northeast Cullman County.

Anyone who spots a black bear should visit www.outdooralabama.com or go directly to the reporting page at https://game.dcnr.alabama.gov/BlackBear.

Hudson pointed out that Alabama has no population of grizzly bears, and that the response to encountering a black bear is different from what one often sees being taught online and on television about dangerous bear encounters.

“You don’t run from a black bear, and you also don’t play dead,” said Hudson.  “You, instead, make yourself known. Make sure the bear sees you and has an escape route and is able to move away from you–spook away from you like a wild animal should.”

Hudson also encourages people who might encounter bears to visit https://bearwise.org, a website devoted to helping people understand how to deal safely and responsibly with black bears.  Its tips for bear encounters include:

More tips and details for various situations can be found on the website.

Hudson reported that the Alabama Department of Conservation and Natural Resources has the Brooksville bear’s remains, and that they will be processed and used in the agency’s wildlife education programs.