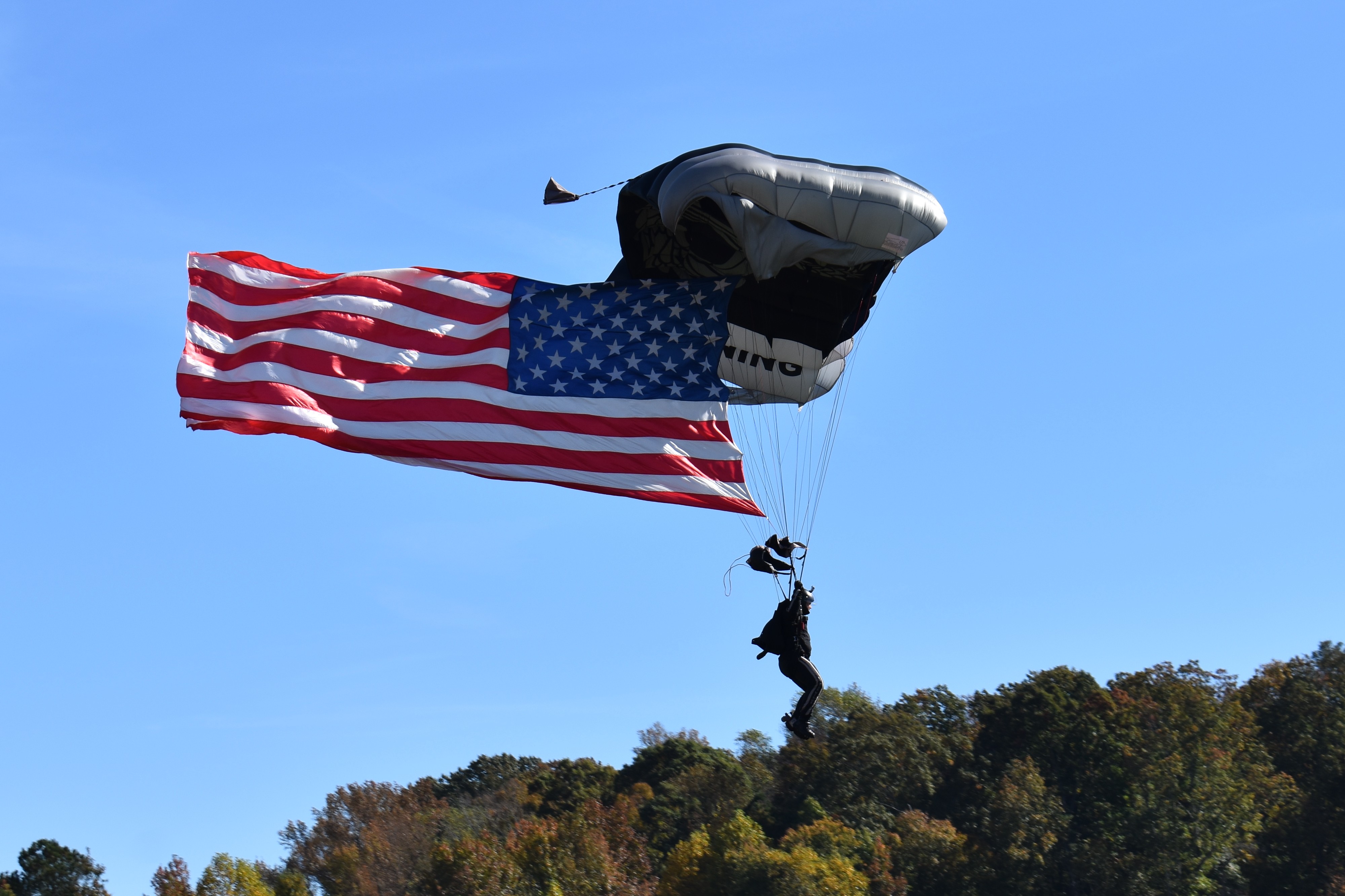 A member of the U.S. Army’s Ft. Benning-based Silver Wings parachute demonstration team comes in for a landing Saturday at Cullman Regional Airport. (W.C. Mann for The Cullman Tribune)

Hosts were disappointed at the absence of two WWII aircraft from the Commemorative Air Force, grounded by a maintenance issue and sick pilot, but folks lined up for their turns to fly in a Vietnam-era UH-1 “Huey” helicopter brought by the Army Aviation Heritage Foundation.

Through the course of the day, veterans and their spouses received simple honors like free coffee and donuts at the “USO Canteen” in the airport terminal, and a free lunch served by the Elks.

The annual event is put on by the Cullman Elks Lodge and local veterans.

Retired U.S. Air Force Col. Ken Brown of Cullman’s Veterans of Foreign Wars Post 2214 told The Tribune, “We’re pleased at the crowd turnout.  It was a beautiful, beautiful day. Had a lot of veterans out here who very much appreciated the crowd coming out to wish them a happy Veterans Day, and we’re going to make it bigger and better every year!”