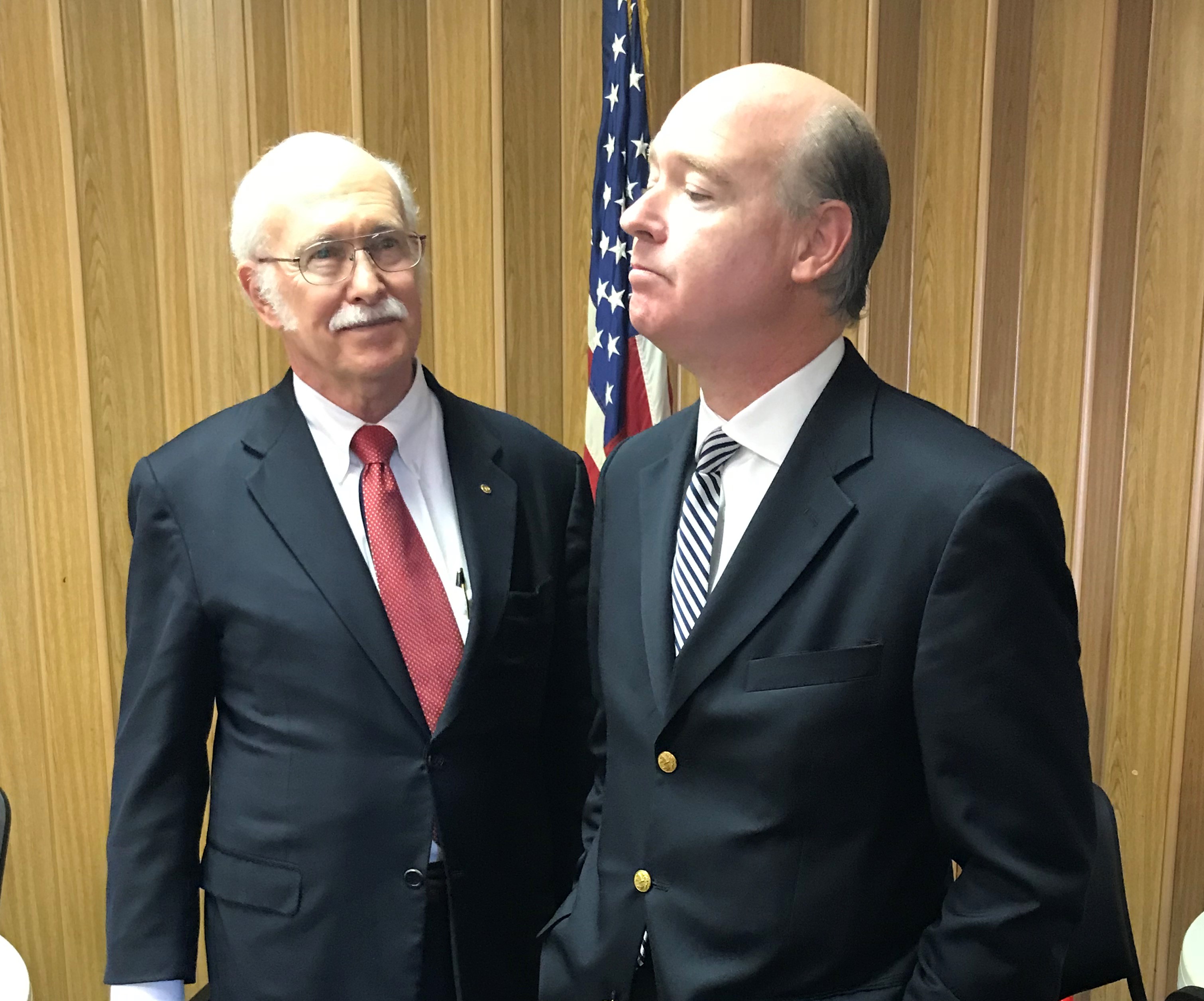 CULLMAN – The Cullman County Republican Party held its monthly breakfast at the Elks Lodge Saturday morning, with special guest speakers Alabama Supreme Court Associate Justice Tom Parker, candidate for Alabama Supreme Court Chief Justice, and U.S. Rep. Robert Aderholt. With the general election coming up on Tuesday, Nov. 6, each is making final pleas to supporters to get out and vote.

Parker, who is currently in a tight race against Democratic nominee, Jefferson County Circuit Judge Bob Vance, did not hold back in his comments:

“Courts are the battleground in our society. Democrats are spending so much money in trying to elect Democratic judges or in the nomination process in Washington, D.C. trying to fight the nominations of Republican justices because they understand the importance of courts. They don’t want judges who will enforce laws as they are written. They want judges who will ignore the laws that they disagree with as Democrats.”

Parker continued, “They want judges that they can turn to to help override things that our elected legislature is doing. We know they have gotten to the point now on the Democratic side where they are condoning violence; they are actually practicing anarchy themselves. They want the mobs that they’ve unleashed to control our society rather than ‘We the People.’ It’s time that we stood up to them.

“The divide between the two parties has grown so enormous that we just can’t even understand it, why the people who were traditional Democrats continue to adhere to that party as it has been taken over by these radicals and people are blindly following along.”

Parker, an outspoken opponent of Roe v. Wade and same-sex marriage, continued, “Right now, it’s sad to see that the Democrats are accusing us of activism because we want to see the constitution restored.

Trump has given us for the first time, during our lifetime, a strong Conservative majority on the U.S. Supreme Court and they are going to need cases that they can use to restore the constitution. This is sad to say, but those federal judges are in a hierarchy and they have to follow the precedent of the U.S. Supreme Court and so it’s going to take cases coming from state courts that the new Conservative majority can use to reverse those horrible decisions from the past and restore our constitution.”

Aderholt, before he delivered his remarks, received his Guardian of Small Business Award from the National Federation of Independent Business’ (NFIB) Don Morgan. The NFIB named Aderholt a winner of the award in October for his “outstanding voting record on behalf of America’s small business owners in the 110th Congress.”

Aderholt spoke about the passage of the latest tax bill saying, “We also want to pass a tax bill 2.0. The house passed it in September. Hopefully the Senate will pick that up.  I do wish (Republican Senator and Senate Majority Leader) Mitch McConnell would change the rules in the United States Senate. We have seen the way that the structure of the Senate rules right now…we have to have 60 votes. The president can hardly get anything passed and I sort of have a selfish interest because we pass a lot of good legislation in the House, we send it over to the Senate, and it sits on the doorstep of the Senate because of the requirement of the 60 votes and we really need to get majority rule over there. Don’t get me wrong, I think there always needs to be protection for the minority.”

Aderholt said that he felt good about the election, especially on the Senate side but admitted it could be a “tough time Tuesday night with the House.” He urged everyone to vote and make sure that they convinced others to vote.

Duke said emphatically , “Get out there and support Jeremy. Get out and vote. Vote, vote, vote!”