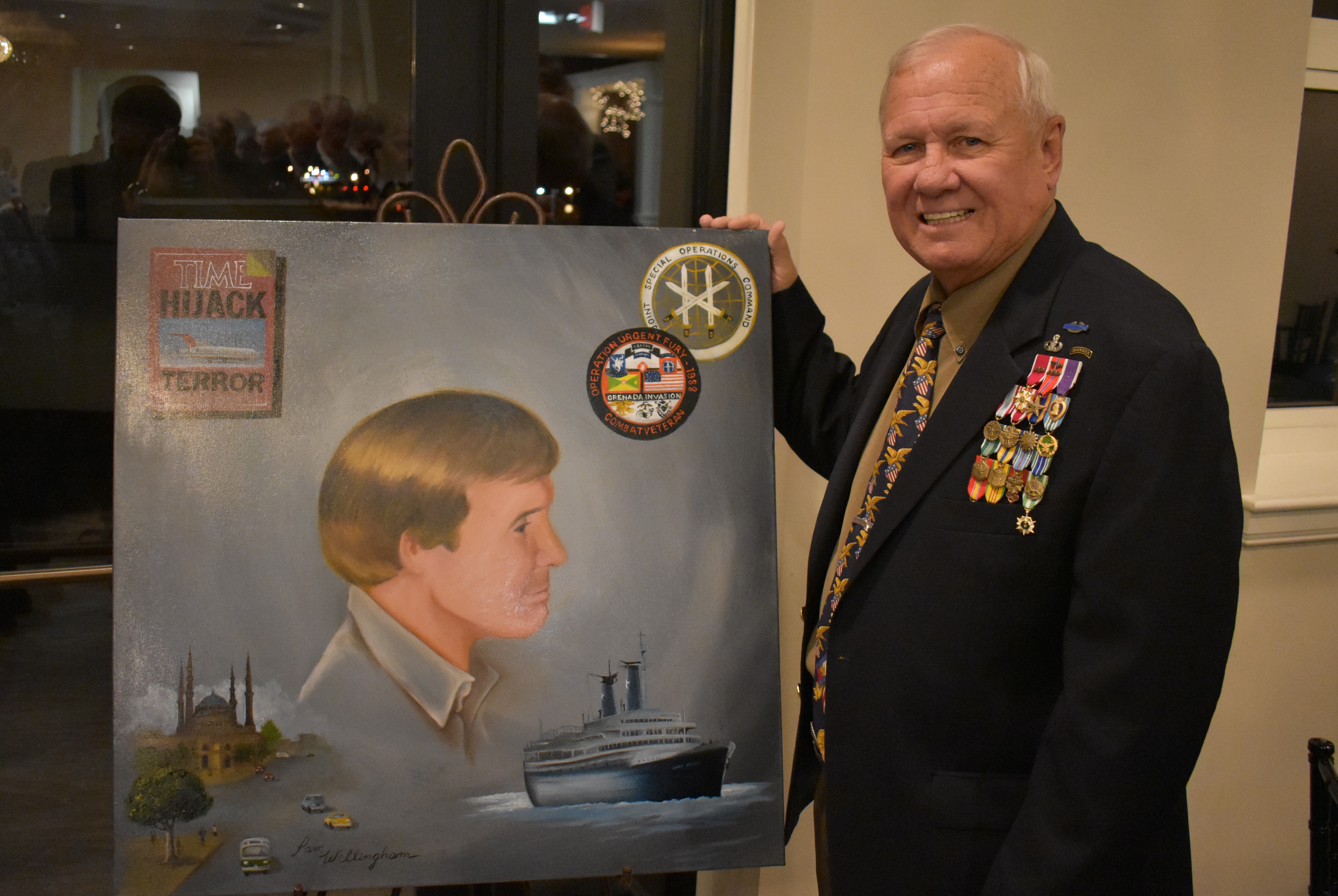 Keynote speaker Reitzell is a 28-year U.S. Army veteran who served in the 82d Airborne Division and 173rd Airborne Brigade, 2d Infantry, 4th Infantry, 2nd Armored Division, and commanded the 1st Battalion, 509th Parachute Infantry Regiment.  He is a Ranger and holds three Legions of Merit, four Bronze Stars with “V” device for valor, the Purple Heart, Combat Infantryman’s Badge and Master Parachutist Badge, among others. He retired as chief of staff of the U.S. Army Infantry School at Ft. Benning, Georgia.

Reitzell is best known today for the things he can least discuss: 36 mostly classified counterterrorism missions.  He regaled the crowd with accounts of his now unclassified (thanks, in part, to Tom Clancy’s book “Shadow Warriors”) participation in the resolution of the hijackings of the cruise ship Achille Lauro and TWA Flight 847.

Reitzell concluded by talking about the current status of America’s most well-known special operations units: the Army’s Delta Force and Navy SEAL Team Six, and called on the audience the ask God to “take care of those boys, because they’re taking care of us. I guarantee it.”

After his address, the VFW presented Reitzell a painting by  local artist Pamela Willingham featuring the colonel and recounting his participation in the Achille Lauro and TWA 847 incidents, as well as the Grenada invasion.