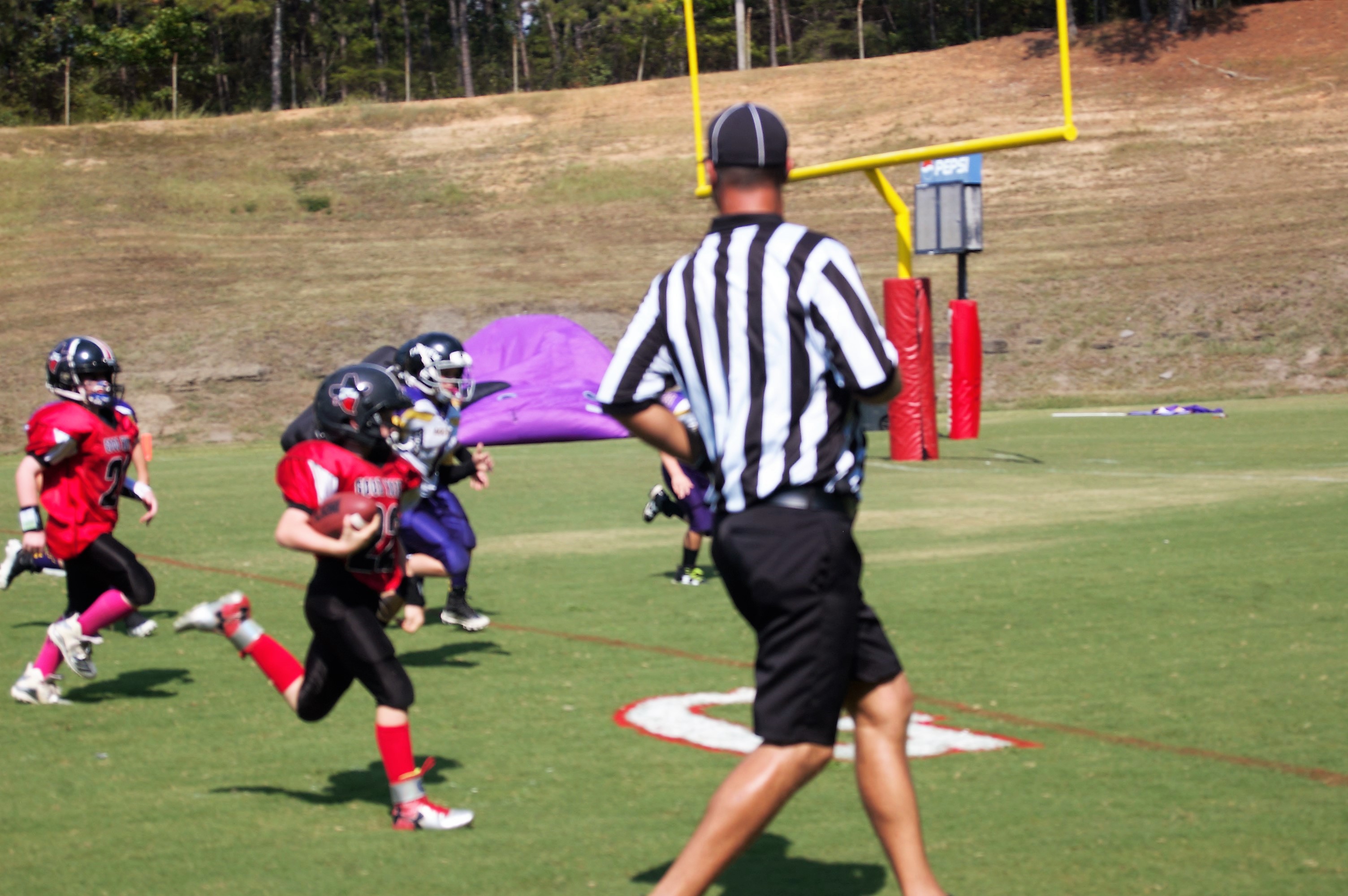 CULLMAN COUNTY – The Good Hope Outlaws and Fairview Aggies faced off Saturday with both teams looking to gain some momentum with the playoffs rapidly approaching.

The Good Hope Outlaws put up three touchdowns in the first half, plus another one in the second, as they rolled to the shutout victory over the Aggies.

The Wee-Wee matchup between Good Hope and Fairview was very low-scoring for almost the whole game, as the Outlaws led 6-0 late in the fourth quarter, but the Aggies tied it up with 24 seconds remaining. The game went into overtime; both teams traded touchdowns for the first two overtime periods. After Good Hope made it 28-20 in the third overtime, Fairview looked to tie it up once more, but the Aggies fumbled the ball and the Outlaws recovered as they went on to win a thriller in triple overtime.

It was scoreless at the half in the Pee-Wee game. The Aggies struck first in the third period, but the Raiders tied it up on a touchdown run by John Cone in the final period, then another Cone touchdown late gave the Outlaws a 16-8 lead. Then Fairview fumbled the ball and Good Hope recovered as the Outlaws went on to take the game.

The Warriors’ fireplug squad started the series with a win over the Hanceville Bulldogs by a comfortable margin.

West Point made it 2-0 on the day as the Warriors won the pee-wee game over Hanceville.

West Point finished off the sweep of the Bulldogs in dominating fashion.

Holly Pond started the series with a win in the fireplug game over Cold Springs.

The Eagles dominated the Broncos from start to finish in the Wee-Wee game.

The Broncos won in dominating fashion over the Eagles as they finished the day 2-1.

The Good Hope Raiders dominated on both sides of the ball in their shutout victory over the Bearcats.

Cullman put up the only touchdown of the game as they shut out Good Hope in the Wee-Wee matchup.

The Bearcats finished 2-1 on the day as they shut out the Raiders in the final game of the night.

Vinemont dominated in its rout of the Cyclones.

The Cyclones’ Wee-Wee squad shut out the Eagles in the second game of the day.

The Eagles shut out the Cyclones in the Pee-Wee matchup, finishing 2-1 on the day.