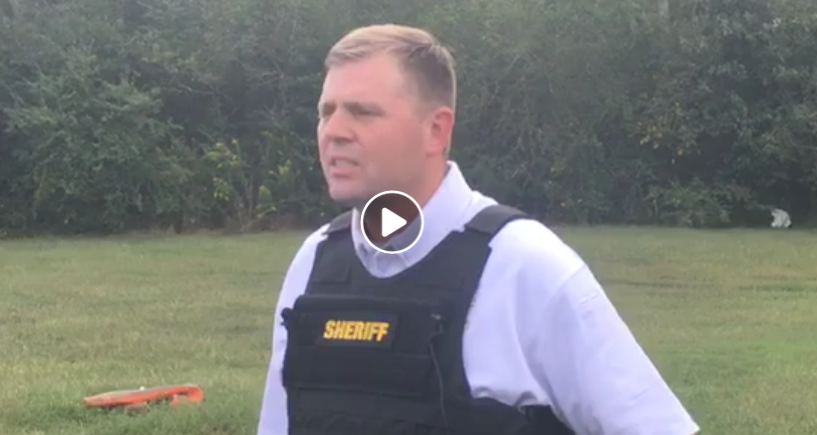 GARDEN CITY – The suspect in an early-morning shooting in Garden City is in custody following a manhunt that lasted approximately four hours Friday. Joshua Finley, 31, was tracked down in the woods by the Cullman County Sheriff’s Office (CCSO) K-9 tracking team, led by K-9 Deputy Clara Bell, CCSO deputies and Cullman Police officers.

The shooting happened at a residence in Garden City around 6:30 a.m.

One person was shot. The victim was airlifted to a hospital in Birmingham where he is listed in critical, but stable condition.

Finley, who also had an active burglary warrant, fled the scene of the shooting. His vehicle was located off County Road 594, and the search concentrated in the area between Cross Creek Golf Course and Crosshaven Church.

“One of the things I want to make note of is how proud I am of the deputies and investigators,” said Gentry. “They were relentless this morning, from the time it started at 6:30, they never stopped. If you saw some of the guys coming out of the woods, they were scratched with briars. We utilized a lot of resources. We had our K-9 tracking team, Clara Bell, she was on the scene, with the city helicopter. We had city police officers and deputies and investigators. That’s the reason we have a positive result and the arrest of Finley now.”

Gentry credited the Cullman Police and particularly the CPD’s helicopter, with helping contain Finley. He said the K-9 tracking team then went down in the woods and located Finley.

“Finley was not injured besides scratches from briars; the deputies were just as scratched up as he was,” said Gentry. “Once deputies laid hands on him, he quit any resistance.”

A CCSO deputy who assisted in the manhunt is receiving medical care for 20 yellow jacket stings sustained in the search.

Gentry said multiple witnesses are being interviewed about the shooting. He said Finley and the victim were acquaintances.

The CCSO will consult with the Cullman County District Attorney’s Office to discuss which charges Finley will be facing.