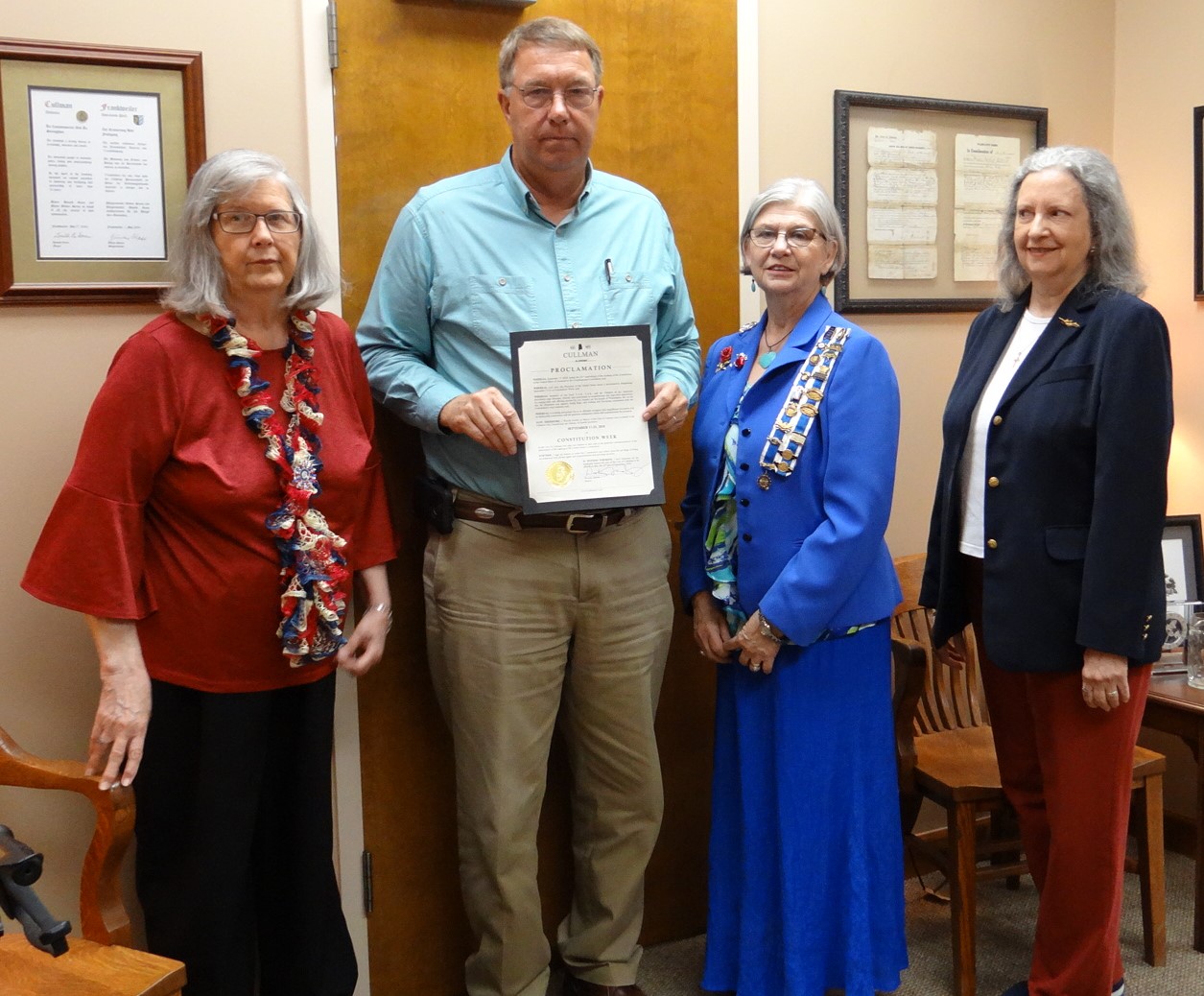 On Sept. 17, 1787, the delegates to the Constitutional Convention met to sign the U.S. Constitution. Sept. 17, 2018 marks the 231st anniversary of this historic event.

“I encourage people to read and understand our U.S. Constitution and the history of how it was created by our founding fathers,” said Jacobs.

Patricia Kahler, Rhonda Van Zandt, and Linda Kuykendall, members of the Dripping Springs Chapter of the Daughters of the American Revolution, were present to receive the official proclamation from Jacobs.

To learn more about the U.S. Constitution and other historical documents, visit www.archives.gov.