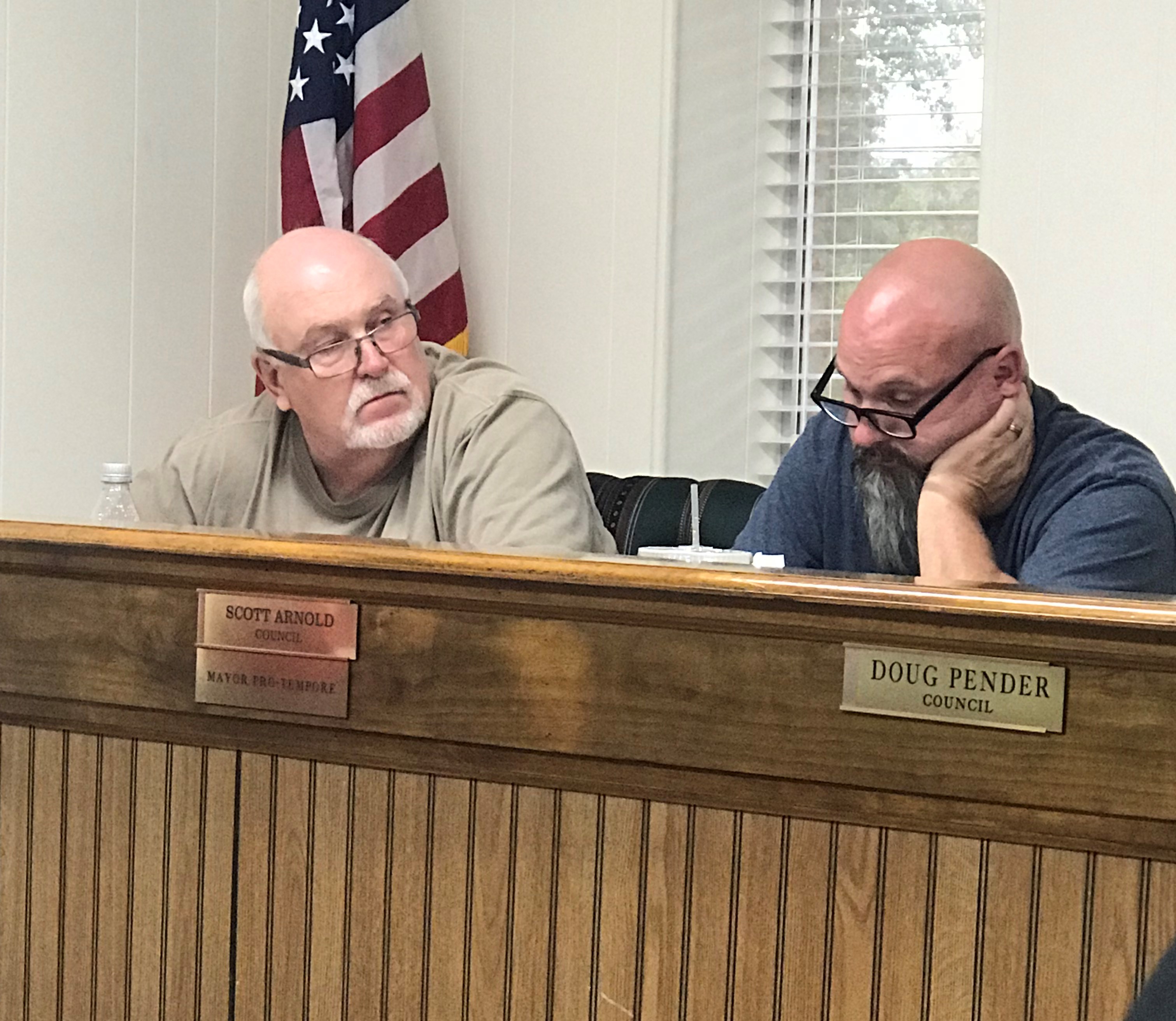 GARDEN CITY – The Garden City Town Council welcomed Cullman County Sheriff Matt Gentry to its meeting this week. The council has been mulling the idea of bringing back the Garden City sheriff’s substation, which has not been in operation in more than 20 years.

Gentry presented contract details regarding a township deputy. Another option would be to establish an independent police force in Garden City.

A township deputy provided by the Cullman County Sheriff’s Office would cost Garden City approximately $40,000, with a deputy working 43 hours a week. Scott Arnold, mayor pro-tem, acknowledged that the cost was less that anticipated. The council will continue to discuss the matter before making any commitments.

Also discussed were pay and other benefits for the town clerk position, which is now open. Current clerk, Pam Leslie, agreed to assist in training. It was decided that the new clerk will be placed on a 90-day probation period at $14 an hour with single coverage insurance benefits. The Garden City Town Hall will temporarily adjust office hours to 8 a.m.- 2 p.m. until the position can be filled. The council also approved a $2 an hour raise for the current part-time clerk.

Applications for the clerk open position will be received for three weeks. Applications must be received by Thursday, Sept. 13 at 2 p.m. The council will review each applicant in the days prior to the next meeting on Sept. 17.

The FY 2019 pay increase for Garden City employees was discussed and approved. A three percent cost of living increase will go into effect Oct. 1. The percentage was based on consumer index averages.

First readings at the August meeting:

The last item of scheduled new business was the request for appraisal of the Garden City park property. The council amended the request to include a survey of the property at the same time as the appraisal prior to its approval.

Mayor Tim Eskew reminded those at the meeting that the court date for Deb’s Tires will be Tuesday, Aug. 28. Back in April, the council issued citations to Deb’s Tires and Roger's Tire, after each was found to be in violation of several ordinances including weed accumulation, garbage disposal and violating no parking zones. Maintaining a nuisance was also listed as one of the violations as several council members said the businesses have been aware of the violations for two years. According to the council, Roger's Tire has been operating out of the same location as Deb's Tires with no business license.

In public comments, one concern discussed was the increased amount of algae in the lagoon and the need for additional algae eating carp. The council agreed that more fish would be beneficial in combating the spread of algae.

The minutes from last month’s council meeting were amended to reflect that Councilman Michael Black was in attendance. Invoices were also approved.