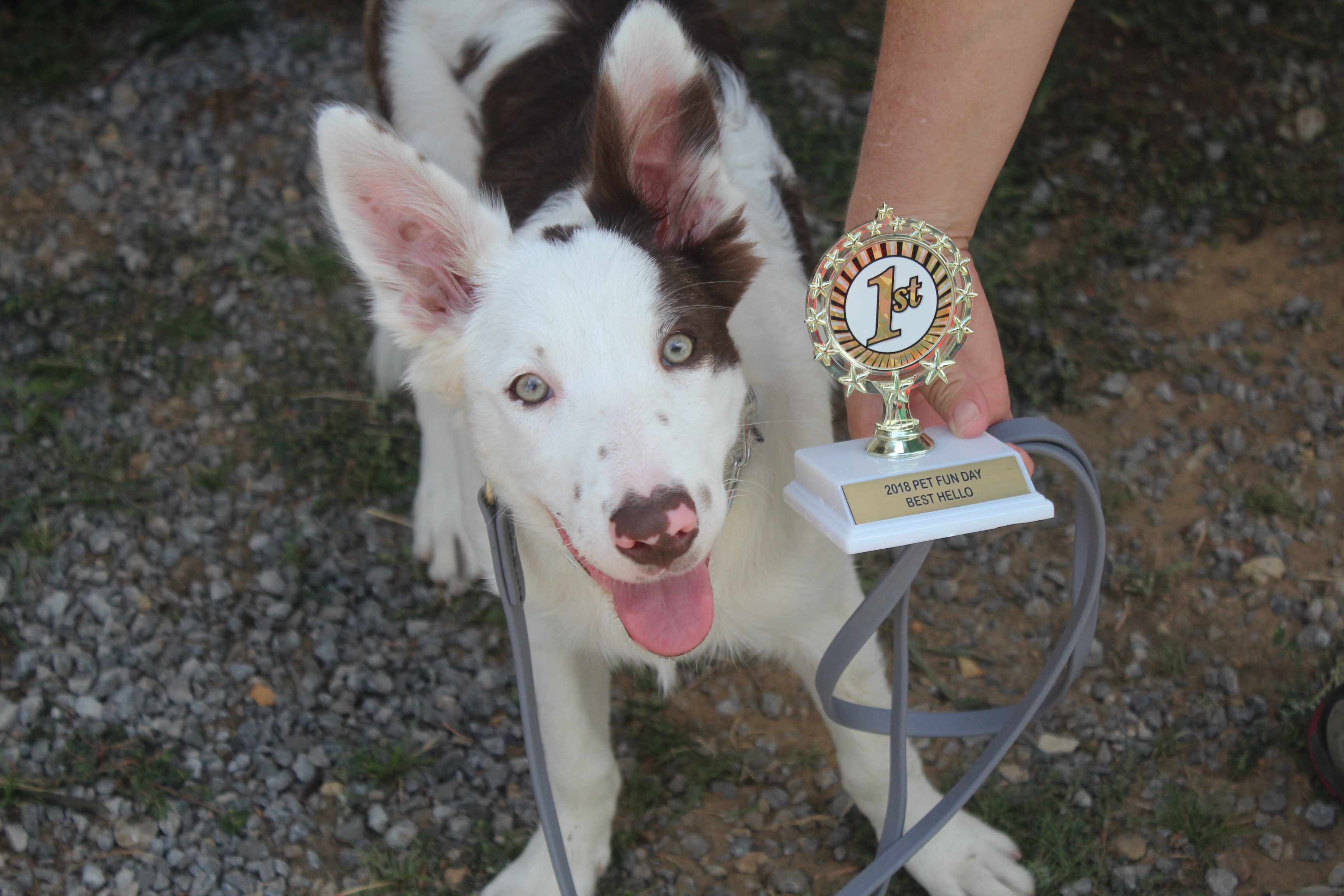 Animals big and small came out for Paws for a Cause at Rumors Deli on Saturday. (Christy Perry for The Tribune)

CULLMAN – The dogs were definitely out Saturday at Rumors Deli’s Paws for a Cause event. Rumors owner Annette Harris wanted to create a fun time for animals while helping her new friends at the Cullman Area Animal Welfare Association (CAAWA). Her brainchild was wildly successful.

As the gates opened at 11 a.m., the guests and their pets were treated to a fun bouncy house (donated by Inflatable Frenzy), kiddie pools, face painting, concessions and vendor booths. Guests brought food donations and other items for CAAWA’s animals. Just Paws sold baked goodies, raffle tickets and oversaw the contest registrations.

The animal guests were the real stars. Bo the Moluccan cockatoo, Poke-a-hontas the hedgehog, Noah the tortoise and Shell-don the turtle were proudly representing the non-furry animals. Meanwhile, the dogs were there in force to show why they are still considered “man’s best friend.”

Many of the pets were doing some last-minute preparations before hitting the big stage for the contests while others were simply enjoying the pools and sniffing new friends. At noon everyone gathered around the main stage for the much-anticipated pet contests. Pets competed in seven different categories with trophies provided by Awards Place.

Many of the dogs in attendance were proud CAAWA alumni or rescues adopted from the Cullman County Animal Shelter. To see once homeless and desperate dogs out enjoying life with their own loving families demonstrates how important rescues like CAAWA are for the community. CAAWA also had puppies and dogs who are available for adoption. Several families stopped by and began the application process. CAAWA was thrilled with the event.

Patricia Bentley spoke on behalf of CAAWA, “We, at CAAWA, thank the community for its support. We are grateful for the wonderful turnout and especially Annette (Harris) and Elena (Caudle) for spearheading this event. We could never have organized an event like this! Also, to Annette for picking me and Becky up on that dreary morning with her enthusiasm, energy and positivity. I’ll always remember Annette for that.”

Paws for a Cause 2018 raised $2,018 for CAAWA that will be going toward the CAAWA Veterinary Fund.

Bentley explained, “We’ve been hit very hard with an emergency c-section, two heartworm treatments, Angus’s limb amputation, 116 puppies taken to Clarksville from January to June this year, and all the puppy shots and worming. That’s all on top of the routine vet care all our dogs, cats, puppies and kittens receive.”

At the conclusion of this year’s event, Harris was brought to the stage and asked the crowd if they thought this event should become an annual Cullman event. Based on the crowd’s reaction, the answer was definitely YES!

Many local businesses and individuals helped to make Paws for a Cause a reality: Cullman Savings Bank, Inflatable Frenzy, Tractor Supply, Smith Lake Kennels, Just Paws, Pepsi, It’s Pearls Y’all, and many, many others.