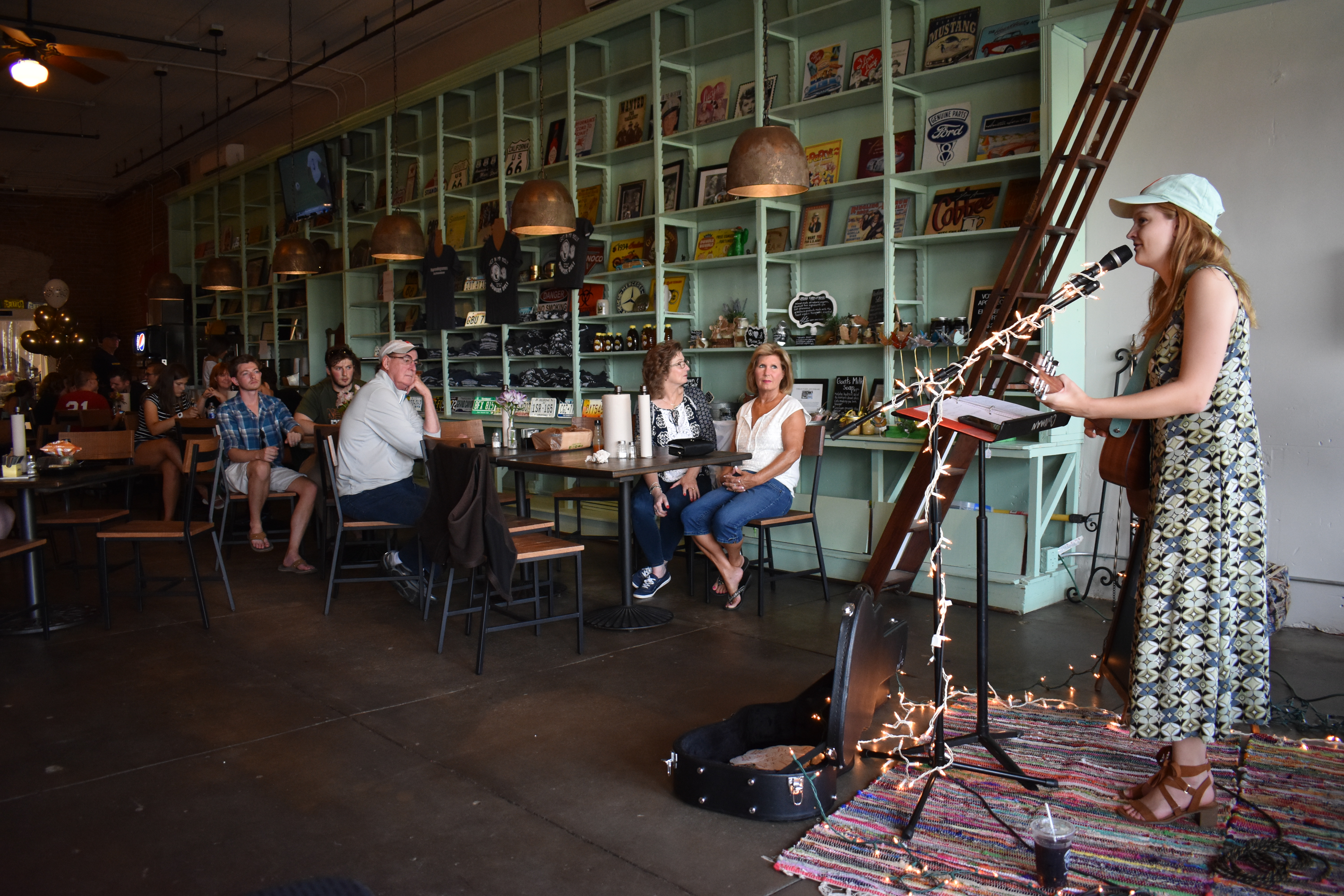 Cullman native Shannon McNeal was home Friday night for a release party for her new album, “Wilting Flowers and Blooming Dreams.” The event took place at Rumors Deli. (W.C. Mann for The Tribune)

CULLMAN – On Friday evening, The Tribune dropped by Rumors Deli for a rare treat, as the eatery stayed open late to serve supper to folks coming to enjoy live music from Cullman’s own Shannon McNeal.  The Cullman High School graduate, who is pursuing a degree in music business at Middle Tennessee State University in Murfreesboro, near Nashville, came home to promote the release on the same day of her first full-length album “Wilting Flowers and Blooming Dreams.”

Between sets, McNeal took a few moments to talk with The Tribune about life for an aspiring musician in a musical mecca like Nashville:

“It’s good, you know.  I’m really enjoying it.  It’s a bit of a struggle sometimes, because Nashville is known–they have so many musicians everywhere.  So, it’s like pros and cons, because, literally, every place that exists has live music 24 hours a day, pretty much.  But it’s also difficult to get into those places, and once you weasel your way in, none of them pay anything. So, it took me a year to weasel in, and now that I’m weaseled in, it’s a little difficult to get paid.  But I’m getting more strategic about it, though: stick to outside of Nashville. Just outside of Nashville works great.

“(School’s) going good.  I have about a year and a half left, so that’s exciting.  Still doing music business; it’s definitely a good degree for what I’m doing.  It’s really useful. I’m minoring in audio, now, so I’m learning a lot about recording myself.  My last album, a couple of my friends who go to the college, Adam Bach and Janaye Roberson, they both helped me record it, which was great.  But I’m starting to learn a lot about digital instruments myself, and I was able to help a lot in the production process, which was really useful.”

What was it like to come home for the album release?

McNeal headed back to Murfreesboro on Saturday for a second release party in her new hometown.

For more on Shannon McNeal and her music, visit www.shannonmcnealmusic.com.

For more on happenings at Rumors Deli, visit www.facebook.com/rumorsdeli/.

Man charged with murder in shooting death of wife in Cullman...