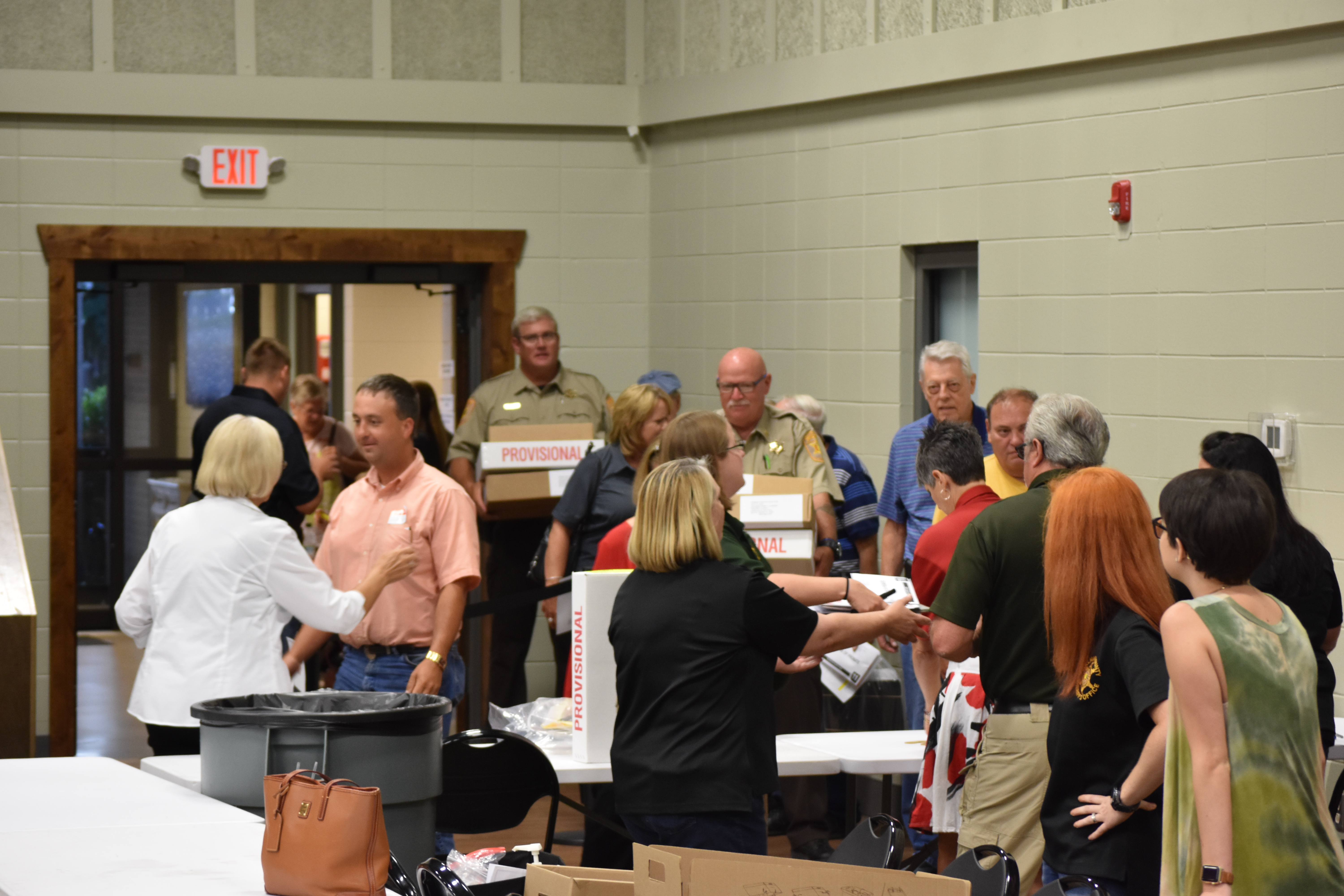 Sheriff’s deputies and poll workers line up to deliver ballots at the Cullman Civic Center Tuesday night. (W.C. Mann for The Tribune)

CULLMAN – On Tuesday, Cullman County voters headed to the polls to vote in the Republican Primary Run-off Election- at least a few did.  Voter turnout in the county was only 11.03 percent, affected to a small degree by the lack of Democratic party candidates and the state’s ban on crossover voting, but numbers were quite low even for the county’s large Republican majority.

When asked if this is common in runoffs, Cullman County Probate Judge Tammy Brown told The Tribune, “It actually is, unless there’s a local race for a runoff; then you’ll see more people come out.  That’s just the way it’s always been in the history of Cullman County. I just think the local races are people that you have to deal with on more of a personal basis; those races bring people out more.”

Sheriff Matt Gentry reported no issues at the polls that required law enforcement attention.  Judge Brown reported “A couple of ballots that jammed; nothing major. Everybody did a great job, worked together, so it was a good day.”

Only one local race was on the ballot: the Fairview-Parkside seat on the Cullman County Board of Education.  In that race, Shane Rusk won over Michael Knop, with 523 votes to Knop’s 435.

The results below are as of 10 p.m. Tuesday evening, with 99 percent of votes counted statewide.  Provisional ballots will be counted next week but, according to Judge Brown, these do not tend to affect outcomes.

Ainsworth will face Democratic Party nominee Will Boyd in November.

Stewart has won the office, since no Democratic candidate ran.

Edwards has won the office, since no Democratic candidate ran.

McCool has won the office, since no Democratic candidate ran.

Pate has won the office, since no Democratic candidate ran.