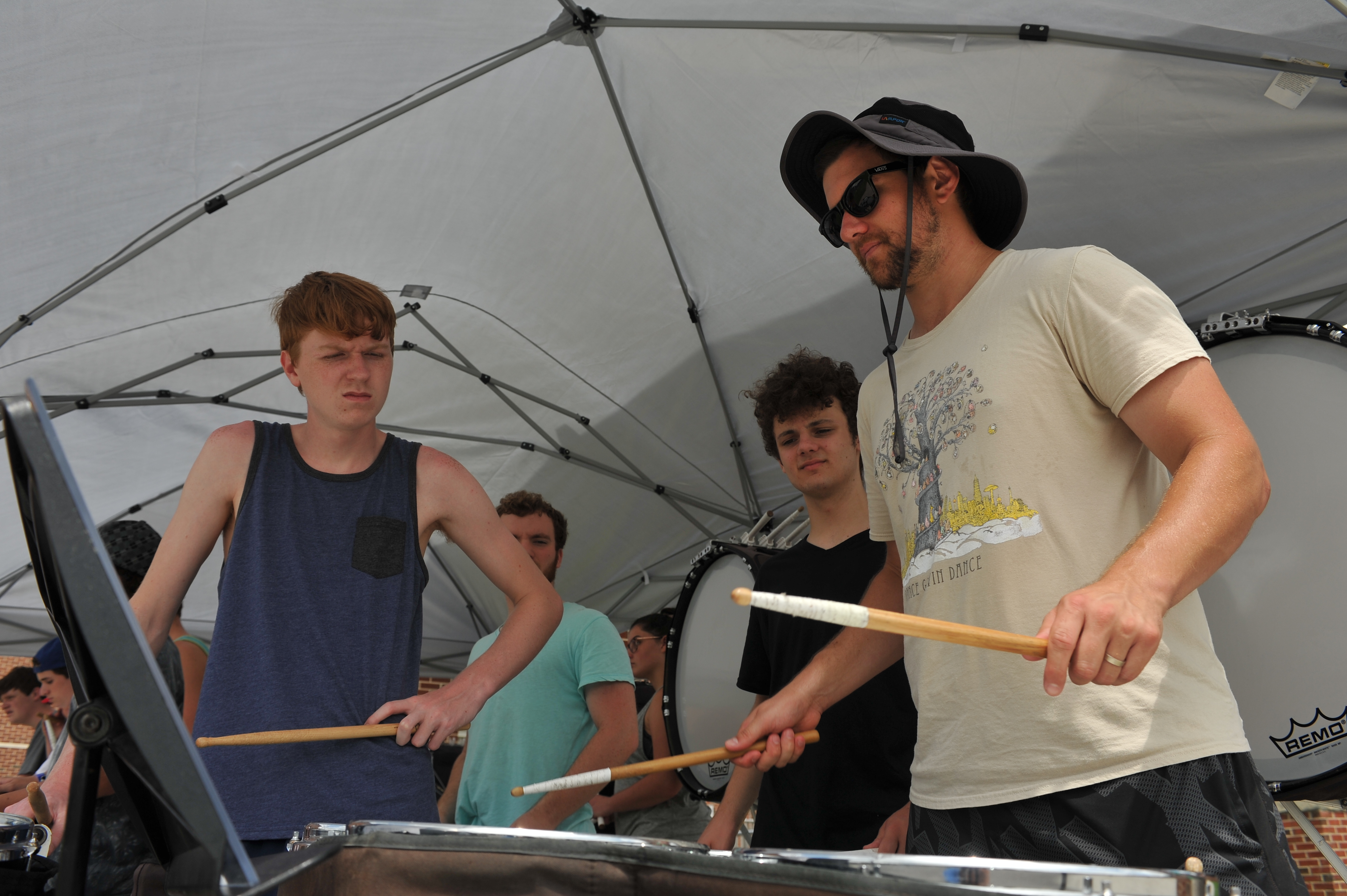 CULLMAN – On Thursday, members of the percussion section of the Cullman High School Band met at Cullman High School (CHS) to practice and prepare for their upcoming band camp.  Doug Teuscher, assistant director of bands at CHS and Cullman Middle School, instructed the group of percussionists on some of the news songs for this year’s half-time show.

The Tribune spoke with Teuscher about the “pre-drum camp.”

“It's a head start to band camp. We did two days this week, right around the Fourth of July, just to shake the cobwebs off,” explained Teuscher. “A lot of kids haven't drummed very much all summer, so this is just our little head start to get rolling. Next week starts drum camp on Monday, so this is our little pre-drum camp.”

Teuscher also talked about this year’s halftime show. “We don't have a title for the show yet but it's about the elements,” said Teuscher. “Not the periodic table, but earth, wind, fire and water. I think that's about it for now. Just the big picture elements.”

Teuscher continued, “This first thing that we’re playing is called ‘Earth Song.’ It's a pop tune. Fire is the end of the show and the song were playing is called ‘Incantation.’ It's like a tribal, evil-sounding thing. The two middle tunes – one of them is called ‘Journey of Man;’ it's a light piece and not as aggressive.”

The CHS band will be sporting new uniforms this season. Teuscher spoke about the changes.

“They've been raising money for about 10 years to get (new uniforms). Our old ones were getting a little aged, so we finally could afford to get the new ones, and this will be the first group to wear them,” he said. “We kinda kept it similar to the old uniform, but we changed a few parts of it. It's a little bit less white, a little bit more black. It's just a subtle, fresh version of our old one. It's not too different from the old one, but it's definitely not the same. It's going to be cool.”

The CHS percussion section has grown in size this year, which Teuscher is excited about.

“We've went from 18 to 25, so we lost a few seniors, but we got a bunch of new freshmen and we had a few kids move in from other places,” he explained. “We've got some really good former eighth graders coming up, so we're excited for that.”

There will also be a preview of this year's CHS halftime show later this month.

“We're doing a public performance at the stadium on July 27. It's the end-of-band-camp performance. If people want to come get a little sneak peek of it, we're going to play as much of the show as we can. We give out awards and stuff. It's a big deal,” smiled Teuscher.