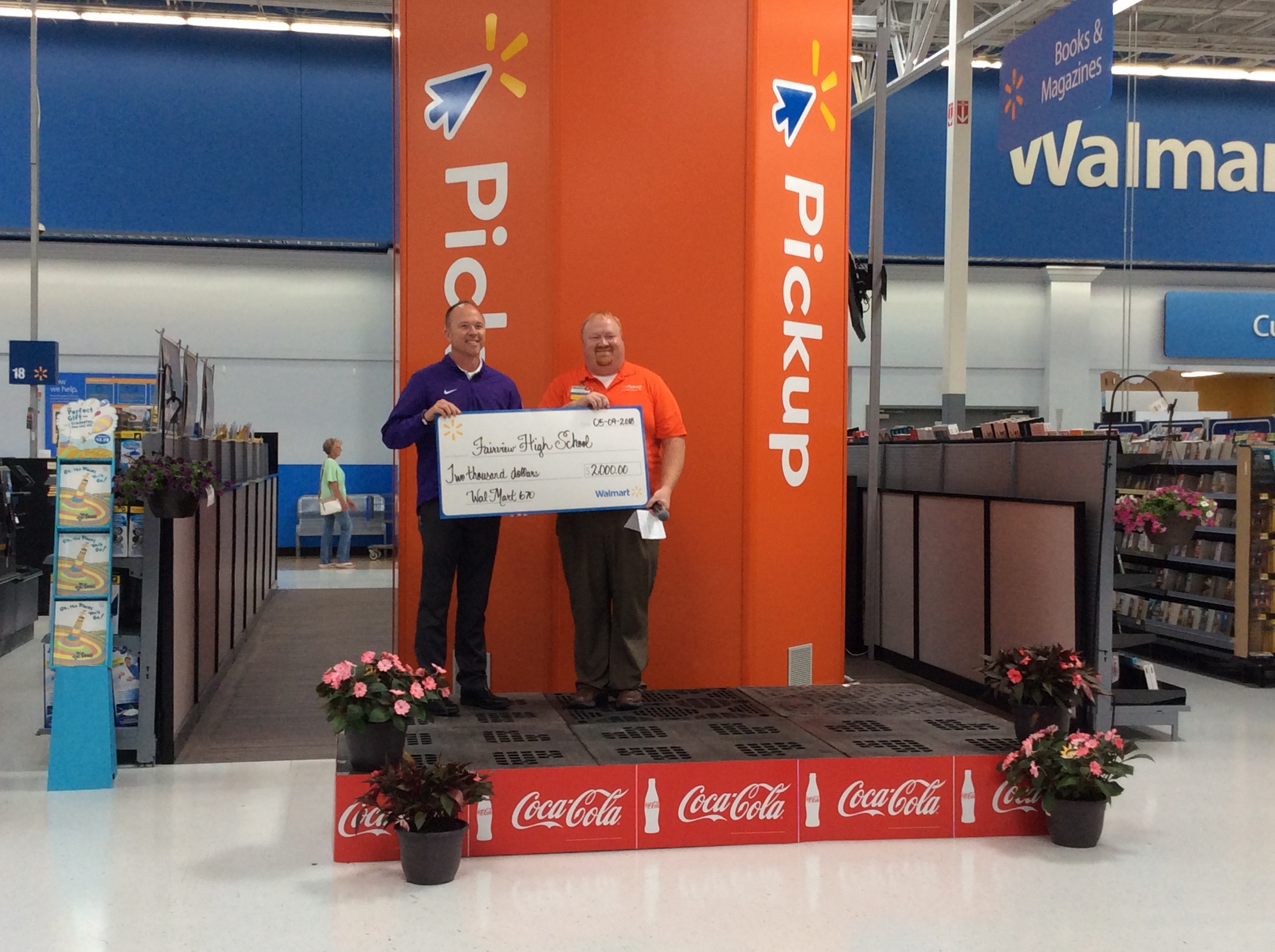 CULLMAN – Following the lead of many stores around the country – as well as within the state in cities like Birmingham, Hunstville and Auburn – both Wal-Mart locations in Cullman unveiled grocery pick-up services on Wednesday. Ribbon cuttings were held at both locations.

At the Olive Street Wal-Mart, Store Manager David Roberts explained, “Wal-Mart is already dedicated to saving people money, but this service will help save the one thing you can’t buy: time.”

The way the program works, he said, is “as easy as 1, 2, 3.” Online shoppers simply (1) download the grocery app or go to https://grocery.walmart.com/, (2) shop for their items and reserve a pick-up time and (3) visit the stores to receive the groceries. Shoppers using the pick-up service park in the designated pickup spots at their reserved times, and associates bring the groceries out to the cars. Shoppers can also request to see some of the products chosen by the personal shopper (the associate who collected the groceries ordered online) to make sure they are the desired quality, though Roberts assured everyone that the personal shoppers “will choose only the best.”

Before the ribbon was cut at his store, Roberts invited several guests to join him on stage for a few words about the new service. First was Pastor Trae Norell from Grace Chapel to deliver an opening prayer.

Cullman Area Chamber of Commerce President and CEO Leah Bolin said the Chamber has several calls from people wanting to know when the pick-up service would be coming to Cullman. “We’re so excited for the service it’s gonna offer to citizens all over the Cullman area, so congratulations, thank you for your hard work, and I’m gonna be first in line for the pickup.”

“The Wal-Mart Distribution Center’s been here for many, many, many years, and that’s what brought Sam Walton here years ago. Actually, without Sam, Heritage Park probably would not have been built,” said Cullman Mayor Woody Jacobs, who took the stage to talk about the ways Wal-Mart has helped the Cullman community. Jacobs said Walton donated $70,000 toward the park’s construction when the idea was conceived, then his wife Helen Walton later contributed to building one of the park’s largest pavilions. “As you can see, Wal-Mart and Cullman are pretty good partners. I think that if we can get a little bit more money at the end of the day, we’d really appreciate that.”

While on the subject of money, Roberts presented three donation checks from Wal-Mart to two local schools and Cullman Parks and Recreation. Aaron Sparks from Cullman High School and George Redding from Fairview High School both came on stage to receive their schools’ checks ($2,000 for Fairview and $2,500 for Cullman). Cullman Parks and Recreation Executive Director Nathan Anderson received a donation of $2,000 to go toward a new playground pavilion (all-inclusive with wheelchair access).