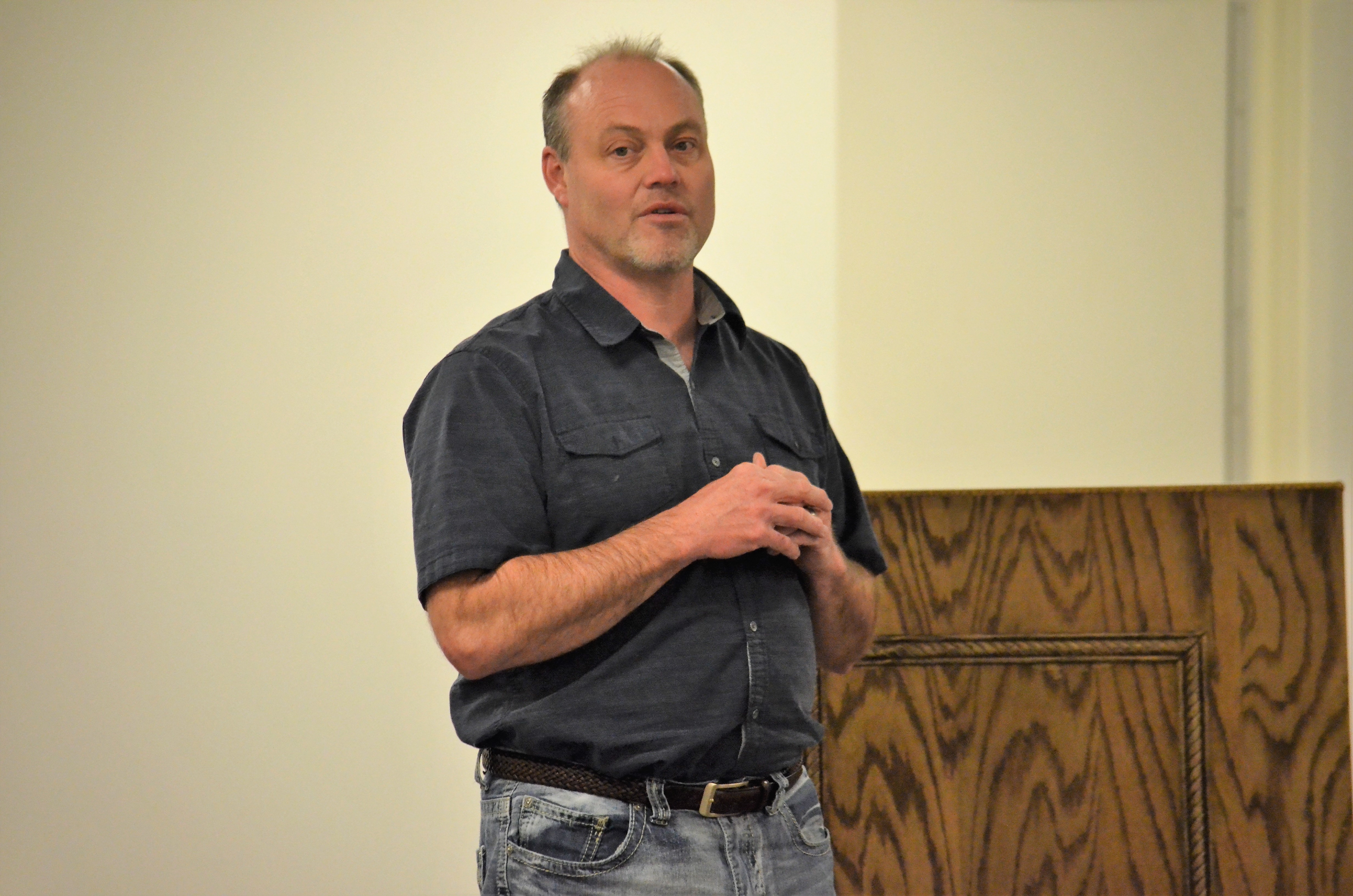 HOLLY POND – The Holly Pond Town Council spent the bulk of its monthly meeting this week discussing repairs and renovations being performed or considered across town. Before the discussions began, the council welcomed a guest to speak for a few moments, circuit judge candidate Melvin Hasting. Hasting, who is running against incumbent Martha Williams in the Republican Primary on June 5, spoke briefly, using his time to explain who he is and why he wants the job to the Holly Pond citizens in attendance.

“I’m an attorney by trade, but I’m also a father, a husband and a business owner. I went to school at Vinemont, Coach (Bill) Oliver (who is also Holly Pond’s mayor) was there about the time I graduated, and I had to earn everything I got. I still earn I everything I get, and I work hard, I understand when people have property how important it is to you,” Hasting said. “I’m sure none of you were given your stuff, you had to earn it too and when you’re sitting in front of a circuit judge, whether it may be some kind of a contract action, a worker’s comp. case, a divorce or you’re a victim of a crime, your property and what you’ve earned is very important to you, and I understand that. I take that stuff seriously and I’m letting you know, if you give me an opportunity to be circuit judge I promise you, I’ll always remember that.”

After hearing from Hasting, the council spent a little time discussing progress on the town’s storm shelter project. A pre-construction meeting was held Monday morning with Aqua Marine Enterprises Inc. to discuss details of the project. As part of the town’s 25 percent of the project, Holly Pond will need to be build the pad of the shelter before Aqua Marine can begin working on the foundation. The other 75 percent of the project will be paid for by the State of Alabama.

The council then discussed some requests they have received to rent out Governor’s Park for weddings and other ceremonies. No official decision was made at this month’s meeting, but a vote will be held during April’s meeting; the council and Oliver all expressed mixed feelings about renting the park. It was agreed that the park would be better off servicing the citizens of Holly Pond at all times rather than occasionally closing for rental parties.

Other repairs going on around town are the renovations being made to the town hall. The price to redo the interior of the building sits at $28,000 for new plumbing, lights, windows, etc., but Oliver said he is still waiting for a price on repairs to the roof. Oliver and the council agreed that it would be best to repair leaks in the roof before moving forward on interior repairs. The Holly Pond Senior Center is also undergoing repairs. The floors are being cleaned and damaged tile is being replaced. Oliver estimated that the repairs are a little over halfway completed and said the floors already look significantly better.

To close out the meeting, the council passed a proclamation to recognize April as “Civitan Awareness Month” in Holly Pond and announced an upcoming meeting with the Cullman Area Chamber of Commerce. The chamber will be heading to the conference room of Guy Hunt Library located at 60 Lions Park Road in Holly Pond on March 15 at 6 p.m. All Holly Pond business owners are invited to attend for a roundtable discussion with the chamber to talk about ideas and share information.

The Holly Pond Town Council will hold its next meeting on April 2 in the Guy Hunt Library conference room at 7 p.m.