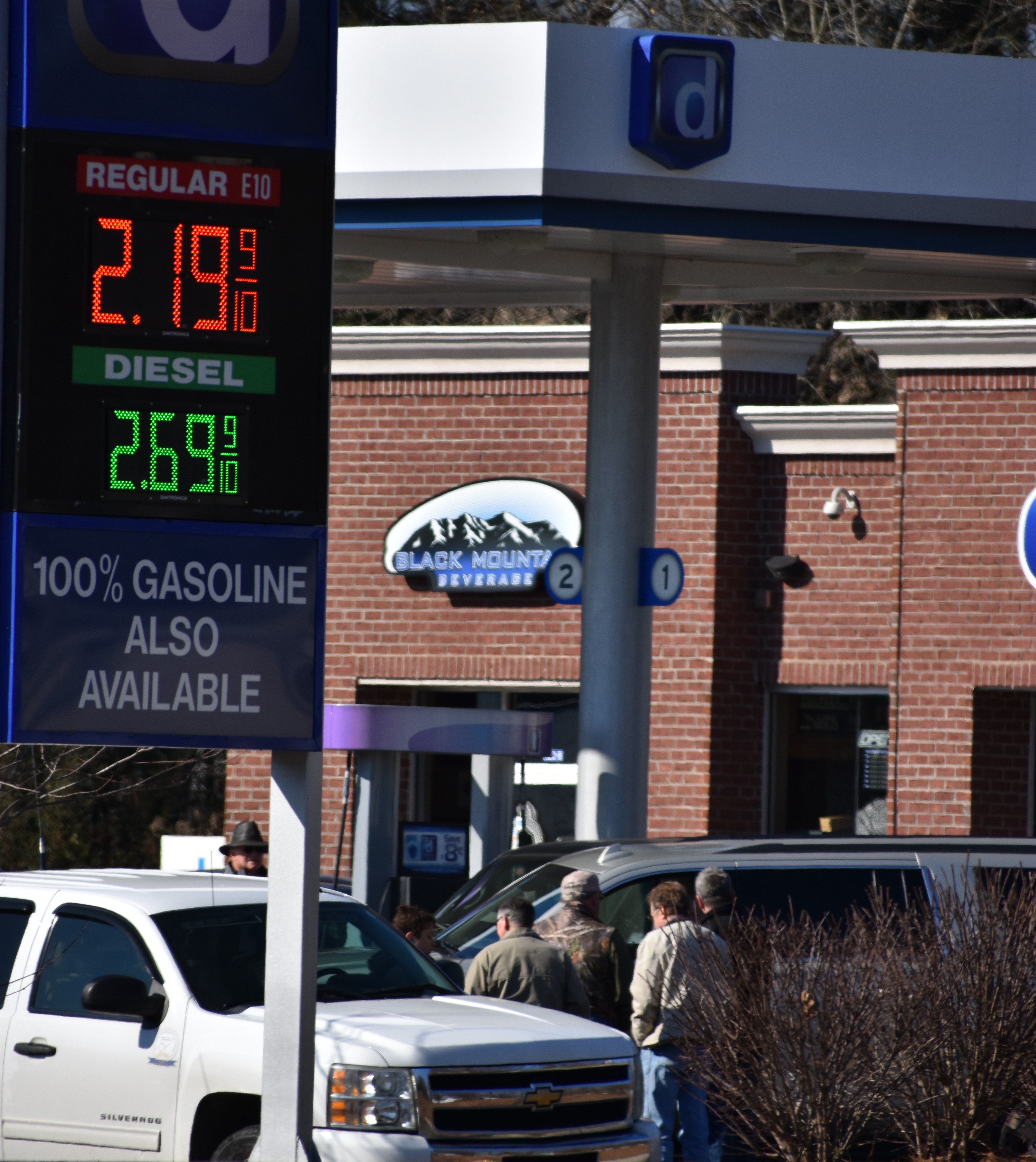 Mayor Kenneth Nail, along with members of Hanceville’s City Council and other officials, met with ALDOT’s John Cooper at the intersection of Alabama Highway 91 and Edmondson Road by Dale’s Saturday morning. / W.C. Mann

HANCEVILLE – After the death of a Crane Hill man due to a crash at the intersection of Alabama Highway 91 and Edmondson Road in Hanceville Thursday evening, the most recent of multiple traffic fatalities at that location, online action by local citizens got the attention of the Alabama Department of Transportation (ALDOT) with an email campaign that reached the office of Governor Kay Ivey herself.

After the accident that claimed the life of Burshel Boatrite on Thursday, local residents who read Hanceville Mayor Kenneth Nail’s social media post on the incident took to their keyboards, leading to a excited follow-up post from Nail on Friday evening (edited):

“I received a call tonight at 8:15 from Mr. John Cooper.  He is the Alabama Department of Transportation Director.  He will be meeting me in the morning at 11 at Dale's to discuss a red light.  Also, the Governor's office said they had received about a dozen emails from the Hanceville area about the traffic signal at Alabama Highway 91 and Edmondson Road.  Folks, when we stick together, we can accomplish anything.  We've not got the traffic signal yet, but we got their attention.  Thanks, everybody.”

“We did put on Facebook,” Nail told The Tribune on Saturday, “that your emails to the Governor’s Office and DOT would be appreciated.  And the Governor’s Office–the Assistant Chief of Staff–did call me back yesterday, and said that he had received several emails from the Hanceville area, requesting a light there.”

On Saturday, the head of ALDOT, Transportation Director John Cooper, personally came up from Montgomery to meet with Nail and other Hanceville officials at the scene of the accident.  Afterward, the mayor sat down with The Tribune for a briefing on what took place.

“We met with Mr. John Cooper around 11 o’clock today at Dale’s.  That’s at Edmondson Road and Alabama Highway 91 where the fatality occurred the other night.  Of course, this is the third fatality that I know of that’s occurred at this intersection, which is kind of strange.  And Mr. Cooper was baffled, also, because the line of sight–you can see a mile both ways there.  We don’t quite understand that.

“He kind of indicated to me that he thought a red light was out, there; (ALDOT) probably would not go with a red light.  And I told him that the City would be happy–along with a couple of council members there with me–told him that we would be happy to have a four-way stop.  And he said he was going to talk with Curtis (Vincent), his local district engineer, next week, and he said, ‘We will do something here.’  Now, I don’t know what that something is, but he said, ‘We’re going to do something here.’”

Hwy. 91 and Edmondson Road meet each other at an angle, and an early attempt to address issues there involved painting curved “islands” on the pavement to get Edmondson vehicles to square up and stop perpendicular to Hwy. 91, to make sure drivers could more easily look to their right before pulling out.

That effort proved unsuccessful, as Nail explained, “The state came in about a year ago and painted on the road there, and tried to get the traffic to straighten up with the road.  Of course, 90 percent of the people who pull up there, they just pull across the paint, and still kind of look over their right shoulder.  So, I don’t know that that’s working.

“He kind of indicated that they might, and I say might, put a concrete barrier there.  That could happen.  Either way, I don’t think that’s going to be that big of a deal, but we’re still hoping for a four-way stop.”

“Now, I understand some people are not going to be happy, if they put in a four-way stop, about coming down Hwy. 91 and having to stop at a stop sign.  I understand that.  But, you know, the small bit of inconvenience that is, is that anything to compare to possibly my family or your family’s life?  I don’t think so.  So I told Mr. Cooper that we were ready to bear the pressure if folks didn’t like it.  I don’t think that’s going to happen.  What I’ve heard, people want it; but we’ll see.”