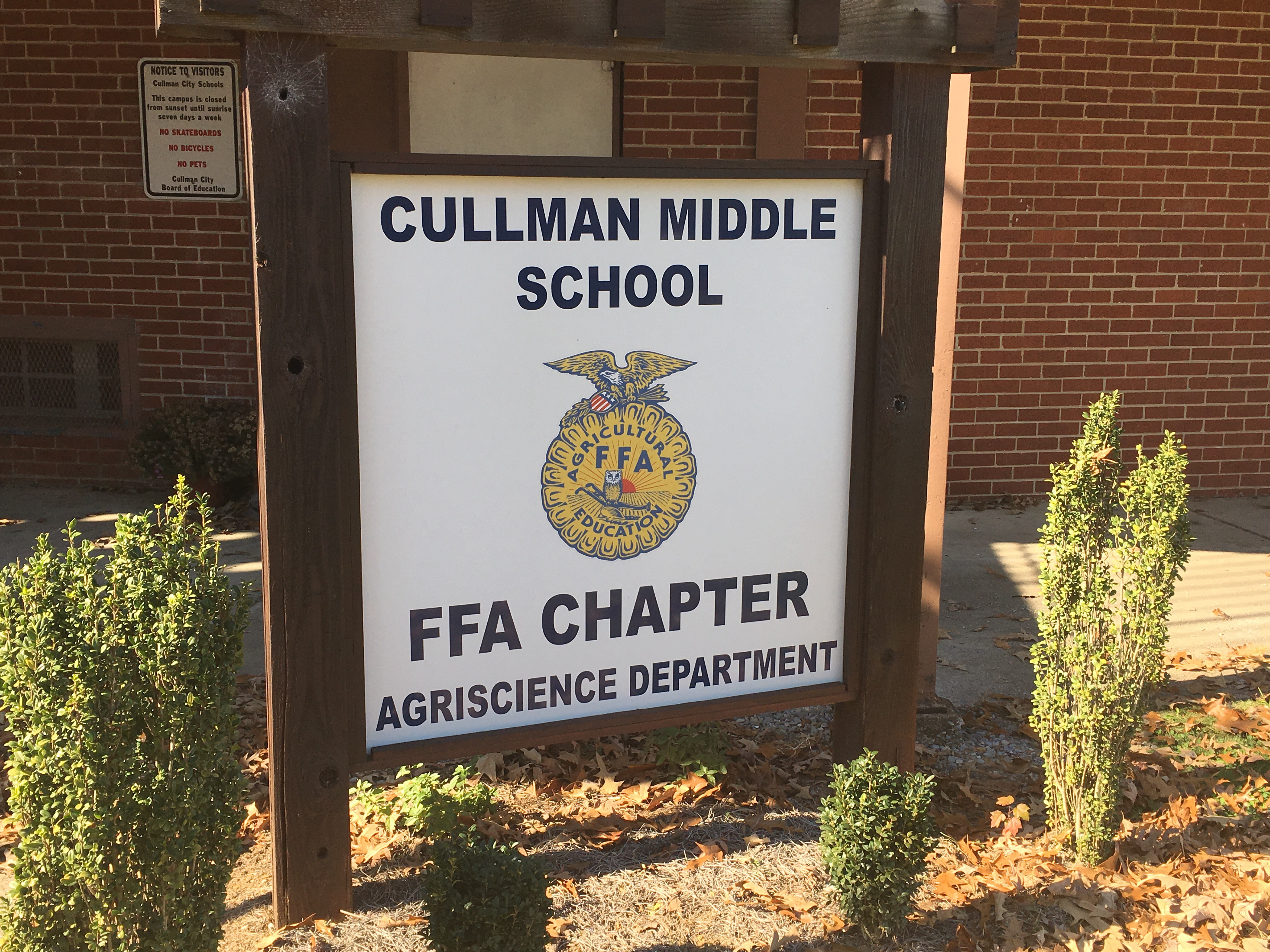 Cullman Middle School’s Future Farmers of America (FFA) chapter was one of just 23 in the state of Alabama to be invited to the National FFA Convention in October. / Nick Griffin

CULLMAN – It has been a busy year for the Cullman Middle School chapter of the Future Farmers of America (FFA) and it culminated at the National FFA Convention Oct. 24-27 in Indianapolis. CMS’ chapter was one of just 23 Alabama schools out of 255 that was invited to this year’s convention after winning a Gold Level Chapter Award at the state convention in June.

The chapter’s sponsor, Lucas McCollum, said he is very proud of his team’s performance especially considering who they were up against.

“We received the gold level rating, which is the highest you can get, and I believe we were the only middle school in the competition so we’re usually competing against high school chapters,” McCollum said. “At the National Convention, as one of the 23 schools from the state of Alabama, we received a two-star rating out of three. There was only one school that finished with three stars, so two stars is really good and that just shows how active we are as a chapter, especially as a middle school.”

McCollum is excited to see some growing interest in the FFA chapter as it becomes more and more competitive. He has clear goals in mind for where he wants the chapter to be and wants kids to continue to join and improve the team.

“I really want to try and get the word out so that everyone in the community can see what we’re doing and get recognition for the kids. If we can get some more information out to the community that will really help our chapter. We have a goal now; our goal as a chapter is to again submit our application for a National Chapter Award, receive our gold level rating and aim for a three-star rating at next year’s National Convention. We’ve been doing well in the Quiz Bowl. We’re still trying to get that elusive first-place state banner on our ceiling, we just haven’t gotten over that hump yet, but we’re going to get there.”

McCollum said he has really seen his group of kids grow in the program throughout the year and develop their talents, as well as draw student interest in the CMS chapter.

“At the beginning of the year, some of the kids aren’t really sure what they’re getting into, but the more they see of what we do, the more they want to get involved. That’s motivation for me too, whenever they decide they want to do something I’m ready to start getting it planned and the interest has definitely grown. When we get back from these conventions and competitions, the kids always want to know how we did. Kids have started asking about the National Convention next year because now they want to go. We want to include everybody that wants to be part of it.”

The Cullman Middle School FFA chapter has wrapped up a strong year, but McCollum and his students are already looking ahead to National FFA Week in February to start off even stronger in 2018.