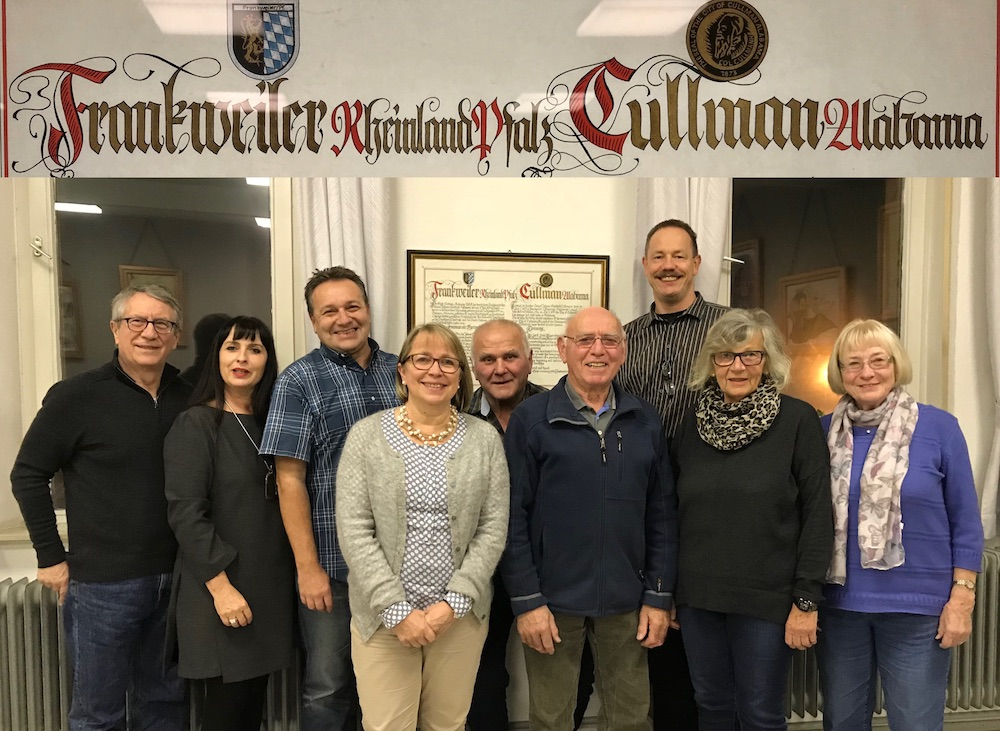 FRANKWEILER, GERMANY – The Friends of Cullman, counterpart to Cullman’s Friends of Frankweiler, has announced an upcoming trip for its members from Frankweiler to Cullman next spring.

From the organization’s press release (translated from German): “The Friends of Cullman, Alabama met on Nov. 14 in Frankweiler Town Hall.  This year's newly elected board set for itself the goal of organizing another visit to Frankweiler’s sister city, the beautiful Cullman, Alabama, next year.  To get in the mood, a film about Alabama and Cullman was shown this evening, and those present happily remembered the beautiful visits in the past, when they still visited each other with large groups.”

The group plans to be in Cullman from April 26 to May 5, 2018, and hopes to stay with host families in the area.  Members have been given the option to arrange longer stays on their own, if desired.

Cullman and Frankweiler, Col. John Cullman’s birthplace, have had a history of cooperative adult tour and student exchanges since the cities’ official partnership was established in 1987.  As recently as last year, Cullman has hosted students from its sister city.

For more information on the Friends of Cullman and the local Friends of Frankweiler, visit www.facebook.com/friendsoffrankweilerandcullman or call the Cullman County Museum at 256-739-1258.