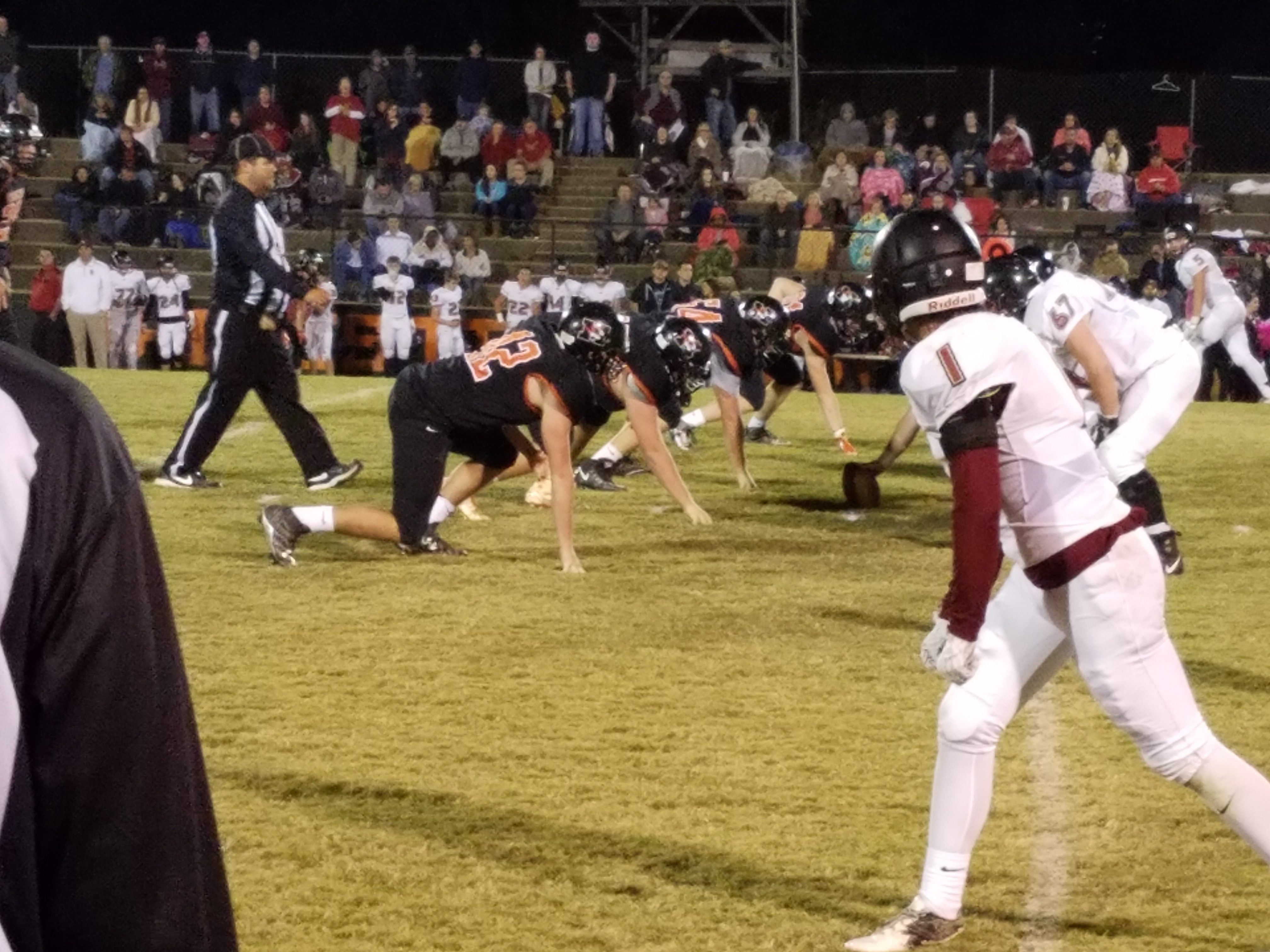 ARLEY – Tonight’s area game between Meek and Sumiton Christian was a big one, with playoff-stakes on the line for both teams. The Tigers (6-3 and 2-3 region) were looking to take the final spot in class 1A Region 7 with a win over the Eagles. The Eagles (3-5 and 2-3 region) held the final spot in the playoffs, but a loss to Meek and they would be eliminated. The Tigers emerged victorious, 36-21.

Meek started the game with the ball wasted no time. John Mark Abercrombie returned the kickoff for 77 yards and a touchdown. With the conversion, the Tigers took a quick 8-0 lead.

The Tigers’ defense was ready; they stopped the Eagles on fourth down, giving Meek good field position at its own 34-yard line. The Eagles defense forced the Tigers go for it on fourth down, when a pass interference call gave new life to Meek at the Eagles’ 13-yard line. Two plays later, Payton Key connected with Nelson Martin for a 9-yard TD pass, putting the Tigers up 14-0 after a failed 2-point attempt with 3:50 to go in the first quarter.

The Eagles were not down, however. Trevor Stokes returned the kickoff to the Tigers’ 39-yard line, and nine plays later, Tanner Talley rushed in from the 1-yard line for the TD. With :08 left in the first, it was Meek 14, Sumiton Christian 7.

The Eagle's defense forced the Tigers to punt on their next possession.

Sumiton Christian’s Chase Crane connected with Peyton Alexander for a 63-yard pass to the Tigers’ 20-yard line. Five plays later, Crane passed to Chandler Overton for the 8-yard TD, and it was a tied game at 14 with 6:10 left in the second quarter.

Key returned the kickoff to the Eagles’ 35, setting up good field position, but the Tigers fumbled on the 1-yard line.

The Tigers stood strong, forcing the Eagles to punt from their own 4, giving the Tigers good field position at the Eagles’ 32. Just three plays later, Abercrombie rushed in for a 26-yard TD with 55 seconds to go in the half, putting his team up 22-14.

The second half was a defensive one after adjustments were made during halftime. At the end of three quarters, the score remained Meek 22, Sumiton Christian 14.

The fourth quarter saw Meek wear down the Eagles’ defense.  Midway through, Abercrombie broke free for a 30-yard TD, adding six more point for the Tigers with 5:58 left in the game.

The Tigers defense stayed strong, forcing the Eagles to turn the ball over on down. On the next play, Abercrombie broke free again, this time for a 75-yard TD run, and it was Meek 36, Sumiton Christian 14 after the conversion, with 2:24 left in the game.

The Eagles made a final statement, though, scoring with 16 seconds left in the game.

The Tigers have a week off to prepare for the first round of playoffs.

Meek coach David Norwood was very pleased with how the team adjusted at the half and came out ready to contain the Eagles’ offense. Norwood said with a week off to prepare, his players can have time to heal and get prepared for the next game.  He said that going 7-3 is an accomplishment.