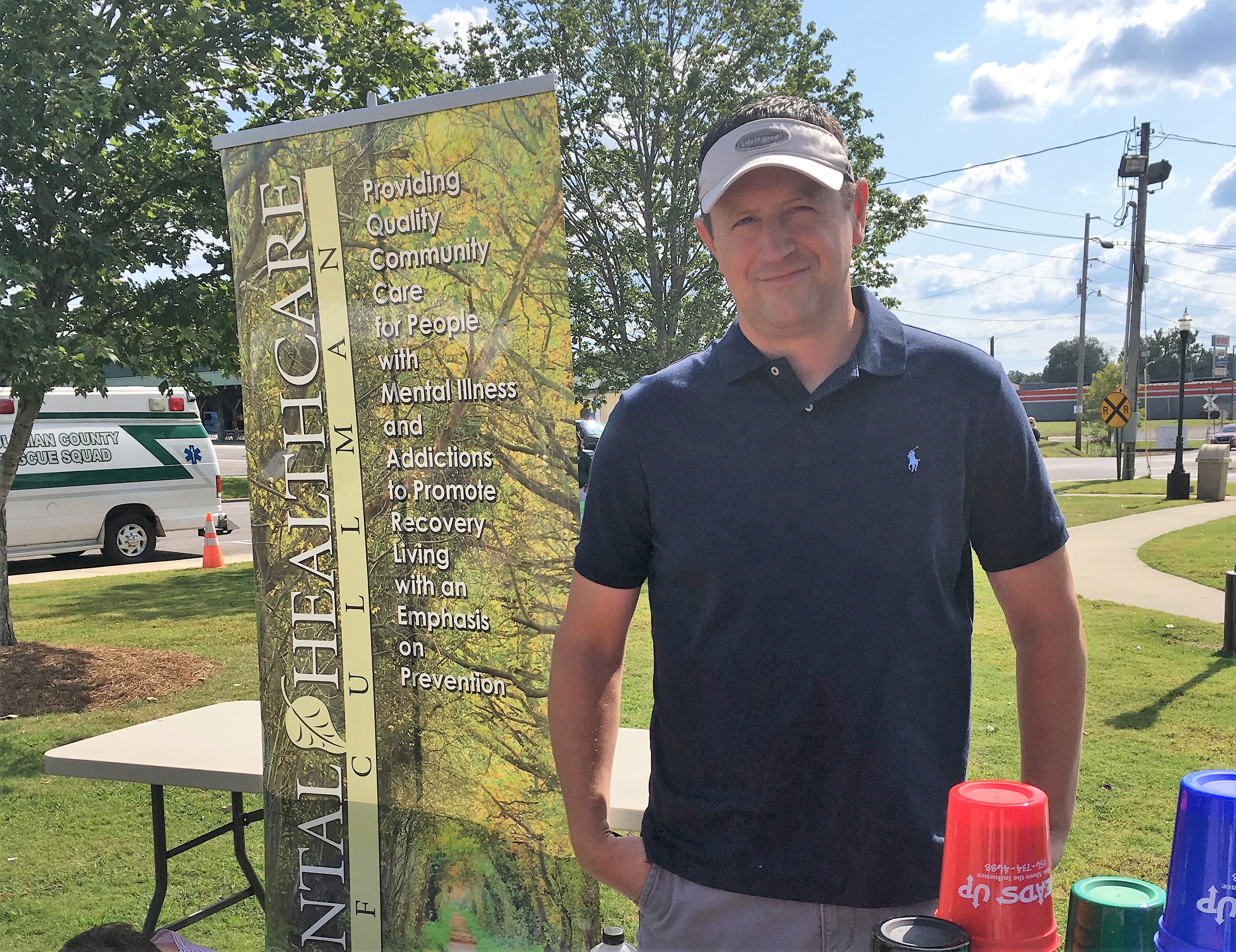 CULLMAN – Elected officials have recently appeared to be taking a concerned interest in the mental health crisis that has stricken Alabama.  As suicides and crimes by mentally ill persons surge, State Rep. Randall Shedd, R-Fairview brought the state’s new mental health commissioner to Cullman to talk with mental health experts, law enforcement officers and judges.  State Sen. Paul Bussman, R-Cullman talked to The Tribune about how the Legislature could re-appropriate funding into mental health programs.

For those concerned about suicide and mental health, this news sounds exciting, but the excitement of experts in the field is flavored with a big dash of skepticism.  At Karma in Cullman’s suicide awareness walk on Sept. 9, The Tribune talked with Chris Van Dyke, executive director of Mental Healthcare of Cullman / Cullman Area Mental Health Authority.  He expressed doubt that the upcoming legislative session will see any substantial change in the status of the state’s mental health system.

The problem, of course, is money.  For the system to provide the best service, it must have adequate funding, and the director sees little in legislative plans to create that funding.

The General Fund itself is a massive operating fund used for “the ordinary expenses of the executive, legislative, and judicial departments of state government, for other functions of government, for debt service on certain general obligation bond issues, and for capital outlay. The GF supports state programs such as child development and protection, criminal justice, conservation efforts, economic development, public health and safety, mental health, Medicaid, legislative activities, and the court system,” also according to the Executive Budget Office.

“To really fix the General Fund, they’re probably going to have to raise taxes, or change the way money is divided between the Education Fund and General Fund.  Those are the two (major) funds.  All of the growth money goes to education: sales tax, all to education. The General Fund is property tax, fees, that kind of thing.  Those things don’t really change.”

Could mental health funding for school programs and students be paid for from the Education Fund?

“They do that a little bit right now.  There’s a small appropriation from the Education Trust Fund every year to support mental health programs, but it’s very small.  And to try to do more of that would get a lot of pushback from the schools.”

Van Dyke recognized the value of elected officials talking about mental health, especially people like Bussman brainstorming about fund re-appropriation.  He cautioned, though, that Bussman’s ideas don’t seem to have widespread support among other members of the Legislature.