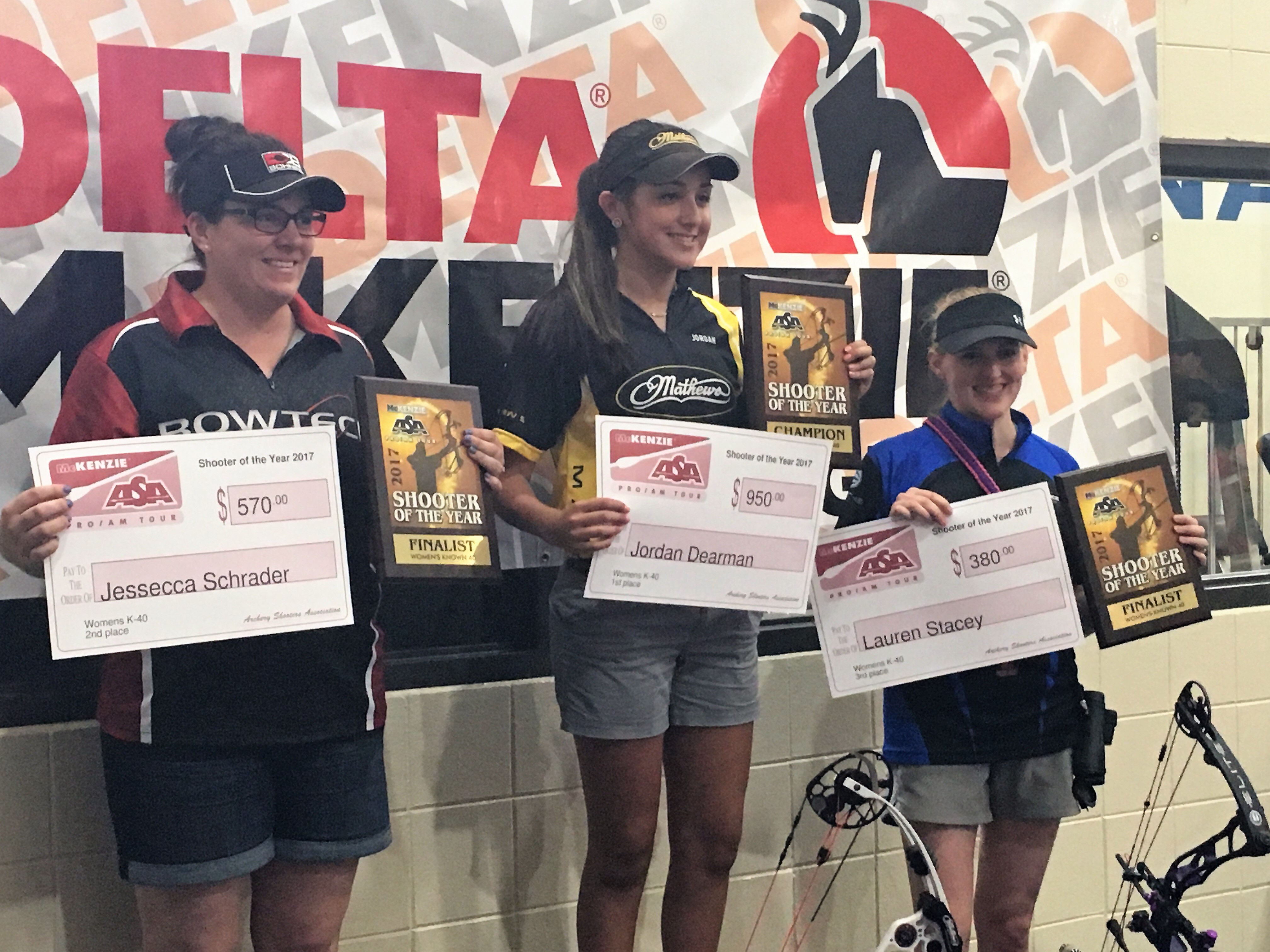 The fourth and final day of the 2017 McKenzie ASA Classic saw many awards received. / Nick Griffin

CULLMAN – The 2017 McKenzie ASA Classic is in the books, the almost 2,000 archers and attendees gone from the grounds of St. Bernard after four days of intense competition. The final day saw many awards received, starting with the high school and bow novice classes.

Scott King took first place in the bow novice class, with Cody Perkins and Chase Wilson finishing second and third respectively. In the high school girls’ class Olivia Hay finished in first place for this weekend's events and came away with Shooter of the Year honors for the 2017 season.

Non-athletic prizes handed out included several young archers receiving money in the form of the annual Trey Spencer Memorial Scholarship; the annual ASA Sportsperson of the Year award had two co-recipients this year as Jimmy Kay and Mike Matthews each received the honor for showing outstanding sportsmanship and leadership this season on the ASA circuit.

Cullman Parks and Recreation signed an agreement earlier this summer that will bring this event back to St. Bernard in 2018 and 2019, so this won't be the last time we see this wave of professional and amateur archers hit the town.

CP&R Executive Director Nathan Anderson is excited to continue hosting the event and believes it provides many benefits to the community.

"We have over 1,900 competitors, from all over the world in this tournament, all competing for top honors within their craft. The talent in this competition is outstanding," Anderson said. "It is always an honor to be hosting such a prestigious group of people within our community. Many start arriving around Wednesday and leave on Sunday. They enjoy our area's attractions, eat at our restaurants, shop within our local stores and sleep in our hotels. The benefit our community receives is phenomenal."

One of those competitors taking advantage of what Cullman has to offer while he participated in this year's tournament was Wes Kinder from Missouri. Kinder drove eight hours and was here to shoot in the Semi Pro Known 50 class. This was his first time in Cullman, but he's very familiar with the ASA circuit.

"I've been to all seven ASA events this season starting in February and I guess I hit five ASA events last year, so this will be my second year shooting competitively," Kinder said. "This is a whole different atmosphere, I shoot a lot of indoor events and they have good crowds, but everyone of these ASA events are huge cause the whole family can come out and support around 2,000 shooters."

Kinder got here Thursday and didn't have a lot of time to do much in town, but he and his family did find time to try some of the All Steak Restaurant’s famous orange rolls.

"Those orange rolls were awesome. I've never had anything like that before but those were extremely good," he shared.

This year's ASA Classic was full of memorable moments both on the range and off, as friends and family from all over the country (and even some from other countries) reunited to celebrate their favorite sport.

The ASA (Archery Shooters Association) is a national organization with more than 9,000 members in 330 local clubs.  Its McKenzie events are known for the use of innovative lifelike 3-D animal target systems of the same name, that simulate the types of shots that a bow hunter might have to make.

The 2017 McKenzie ASA Classic is the last stop on the seven-tournament McKenzie ASA Pro/Am Tour, which begins in February. Find out more at www.asaarchery.com/pro-am-tournaments.