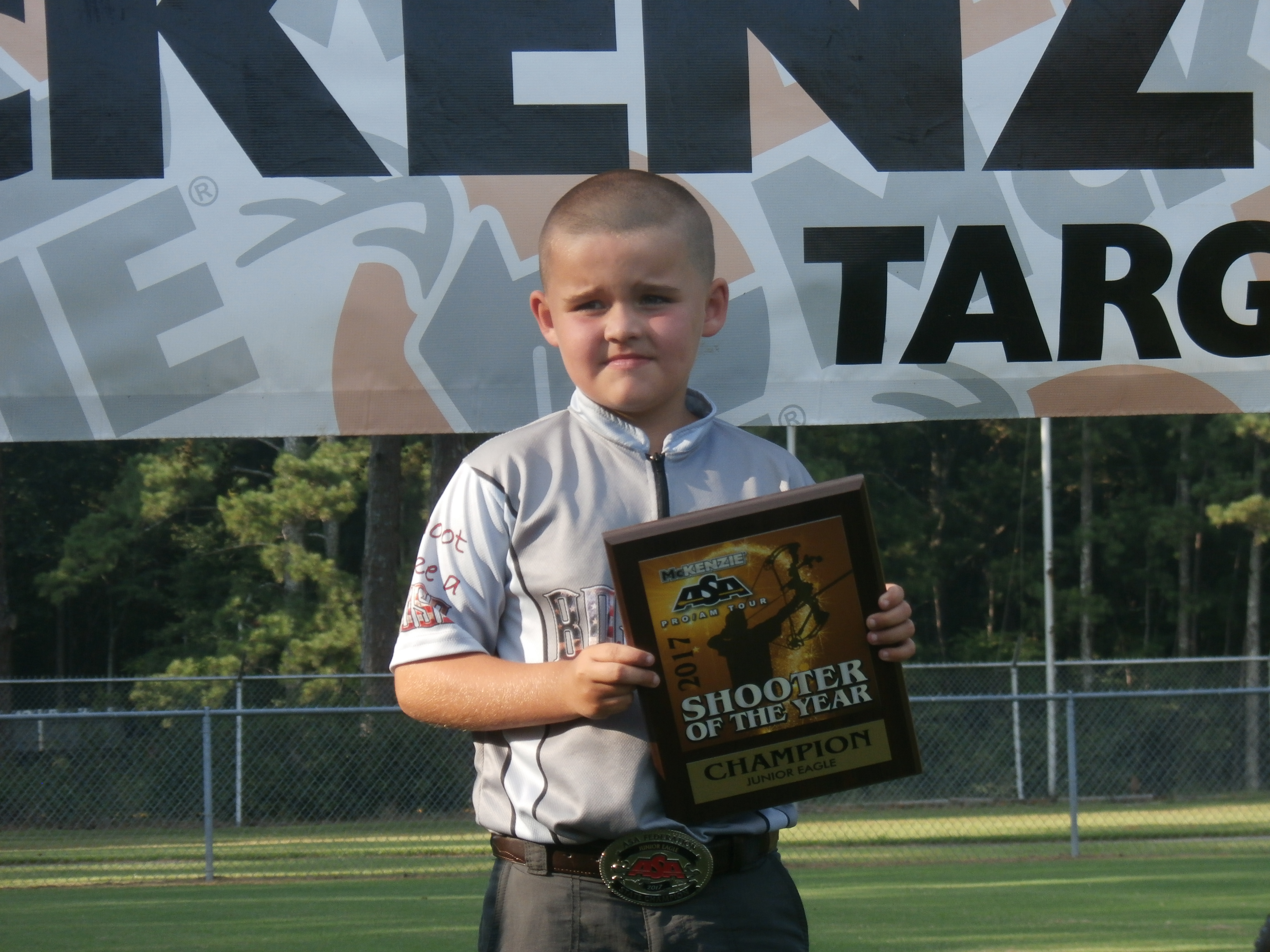 CULLMAN – Day three of the annual ASA Classic Archery Tournament was packed with tons of events and award presentations spanning all age groups. The first of the many awards presented went to the top three performers in the youngest class of archers, the Junior Eagles. The young archers had to perform especially well this year considering there were 107 kids competing, an ASA record.

First place was awarded to Marshall Bassett, second place went to Madeline Clauser and coming in third was Braden Dotson. To wrap up the Junior Eagle awards, Braden Dotson was named the 2017 Junior Eagle class Shooter of the Year.

In the professional ranks, new champions were crowned in the Women's Pro class, Senior Pro class and the male Known Pro class. Sharon Carpenter came away with a narrow victory in the women's class just edging out Cara Kelly and the 2017 ASA Rookie of the Year, Madison Rutkowski.

In the Senior class Michael Braden pulled away in a shootdown with Tony Tazza and David Rosenbaum to become this year's Senior champion and Jeremy Elliot managed to hold off Stephen Hanson of Denmark in order to take the Known Pro title.

Late in the evening we saw the first ever seven-man pro shootdown recorded at the ASA classic, and it featured big names like 11-time Shooter of the Year winner Levi Morgan and nine-time ASA champion Thomas Gomez.

In the end, it was the underdog Joby Shaw who pulled off a big victory for his first-ever ASA championship under the lights on St. Bernard's athletic field.

There were a lot of memories made for children and professionals alike on day three at the McKenzie ASA Classic and there are even more honors and awards to be presented on the final day Sunday.