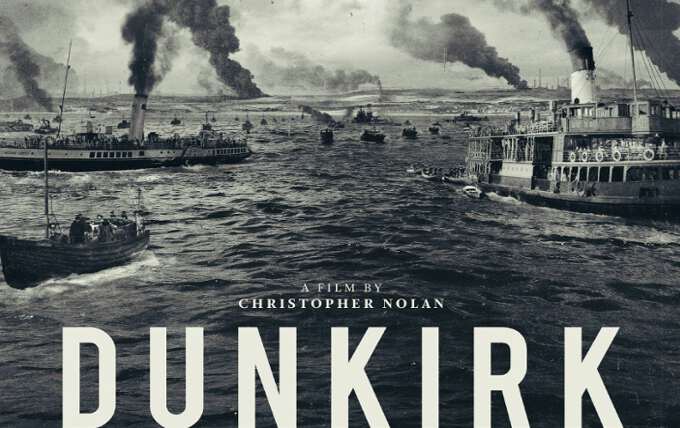 Christopher Nolan's latest film, "Dunkirk" is about the mass evacuation that took place in Dunkirk, France in 1940 during World War II. The film stars Tom Hardy, Cillian Murphy, Kenneth Branagh and Mark Rylance among many other supporting characters.

From a technical standpoint, "Dunkirk" is flawless in the way it looks and sounds and is one of the most immersive experiences you'll see in a theater this year. All of the aerial dog fighting scenes are exciting and the action happening out at sea is suspenseful and shot extremely well.

Where audiences may not connect with the movie is during all of the downtime with some characters that we know nothing about due to the lack of dialog. Nolan doesn't give us hero and villain characters because he isn't trying to tell a story as much as he is just trying to capture a moment in time.

"Dunkirk" is all about the event and not the characters. This can make it difficult to keep track of who we are watching sometimes because so many of the characters blend together and don't stand out as individuals. Mark Rylance plays the captain of a civilian boat being used to ferry soldiers out of Dunkirk and is the only character we really learn anything about.

Another technique that Nolan uses in this film is that he shows some of the scenes out of order because not all the character's stories play out at the same time. He's done this very well in a lot of his other films like "Memento," "The Prestige" and "Batman Begins," but here it can make the movie a little tough to follow.

Overall, "Dunkirk" is a very realistic, suspenseful film that captures a moment in time and shows how hopeless war can really be. There isn't much of an emotional connection to anything happening on screen, but that’s the point Nolan is trying to make. War isn't always about heroes, villains and fireworks; it's about people caught in a desperate struggle to survive one day at a time and get home.